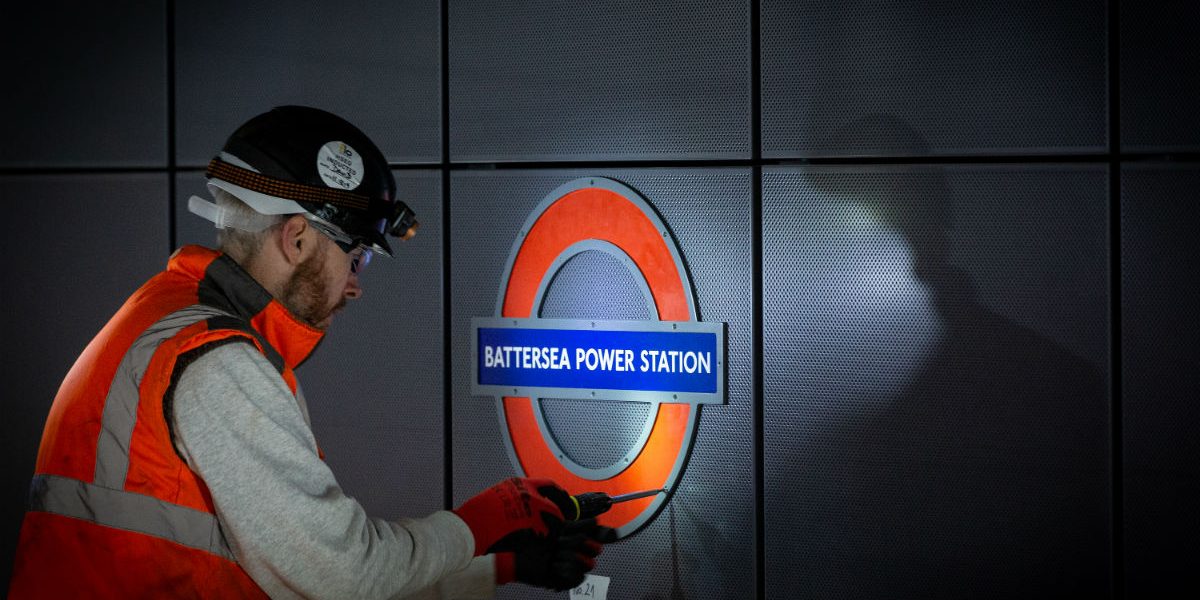 Tube roundels are being installed on station platforms ahead of the new Northern Line Extension opening in Battersea and Nine Elms.

Nine Elms station will open on Wandsworth Road, while the other station is located at Battersea Power Station on Battersea Park Road.

The latest version of the historic design icon is going up at the new Underground station at Battersea Power Station, signifying an important milestone in the construction of the first major Tube line extension since the Jubilee line in the late 1990s.

The new line is scheduled to open in 2021 as part of an extensive package of infrastructure work including a new riverboat pier and road improvements to Nine Elms Lane and the wider neighbourhood, all funded by £1.5bn investment going into the area.

Councillor Ravi Govindia, Leader of Wandsworth Council said: “We are all eagerly awaiting the new Tube stations opening at Battersea and Nine Elms, so seeing the roundels going up is fantastic news.

“When it opens next year, the Northern Line Extension will connect this area directly with the rest of central London and benefit thousands of people who live and work here.”

The Tube is enabling the regeneration of the Vauxhall Nine Elms and Battersea opportunity area, spurring economic growth by supporting more than 25,000 new jobs and up to 20,000 new homes by 2030.

The extension will connect Kennington to Battersea Power Station, via Nine Elms, bringing Battersea and surrounding areas to within 15 minutes of the City and the West End.

In total, 113 roundels are being manufactured for installation at the two new Northern Line Extension stations – 62 for Battersea Power Station and 51 for Nine Elms.

The iconic signs are produced by a British firm who also made the colourful vitreous enamel cladding used in artist Yinka Ilori’s re-design of nearby Thessaly Road bridge.

The new roundels, among the most recognised and imitated logos in the world, are being manufactured at family-owned AJ Wells & Sons Ltd on the Isle of Wight where London transport signage has been produced for generations. They are the first roundels to be manufactured for a Northern line station since the opening of the extension to Morden in 1926. 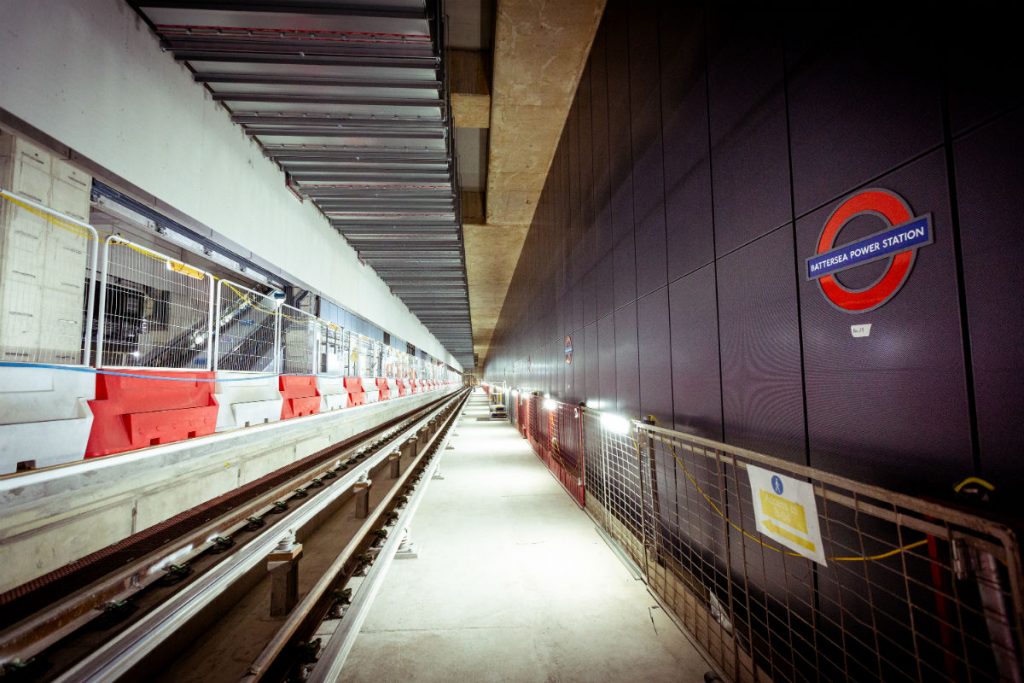 Not yet visible to the public, the arrival of the new roundels is part of the fit-out of the new stations including the installation of escalators, installing the power supply, and extending the signalling used on the Northern line into the extension.

Heidi Alexander, London’s Deputy Mayor for Transport, said: “It’s really exciting to see roundels now in place at Battersea Power Station – it makes the opening of the extension next year feel so much closer. These are the first new Northern line roundels in nearly 100 years and their arrival brings to life the huge difference the extension will make – easier journeys for thousands of Londoners, as well as supporting the creation of new jobs and homes in our city.”

Stuart Harvey, TfL’s Director of Major Projects, said: “The roundel is recognised around the world as the symbol of London’s transport network so it’s a highly significant moment when the first one is installed at a new station. As well as new roundels, our two Northern Line Extension stations now have track, platforms and escalators as their transformation from concrete shells to state-of-the-art stations continues apace. The arrival of the new roundels also demonstrates how sustained investment in the capital’s transport infrastructure benefits not only Londoners but the whole country, through the extensive business supply chain.”

The two new Northern Line Extension stations will also feature newly commissioned permanent artworks on display in the ticket halls of each station.