Nine Elms is on course to become a major commercial hub over the next ten years. Our central London riverside location has obvious appeal and the new Tube stations and wider transport package we’re delivering give us the connectivity a modern business district needs.
Cllr Ravi Govindia, co-chair of the Nine Elms Vauxhall Partnership & leader of Wandsworth Council.

London hasn’t seen this scale of development since Canary Wharf, 30 years ago. We are creating a prestigious world-class destination for business, anchored by a rejuvenated Battersea Power Station and the new US Embassy. 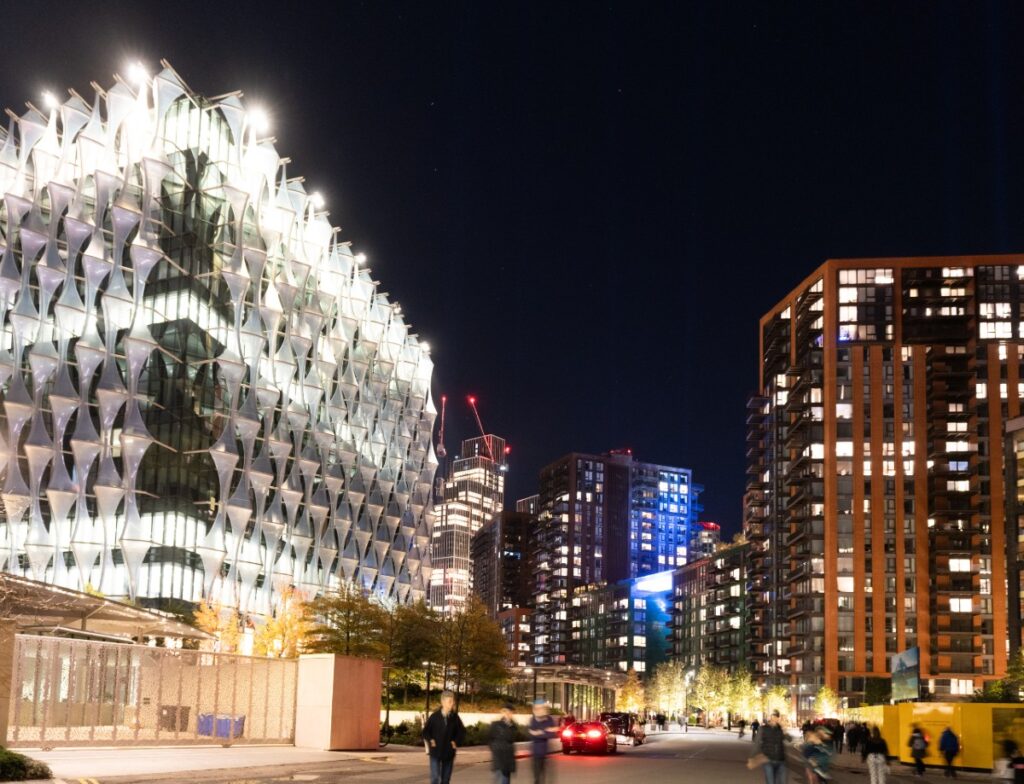 Vibrant: Ponton Road leads through Embassy Gardens past the US Embassy

The Vauxhall, Nine Elms and Battersea Opportunity Area is delivering 6.5m sq.ft. of new commercial space; 2.8m sq.ft. of retail and leisure space and over 3m sq.ft. of new office space, with two major new town centres at Vauxhall and Battersea Power Station.  Located within London’s Central Activities Zone, the area is set to become one of the most productive commercial areas in the world.

The vision is for a 24/7 mixed-use neighbourhood, for people live, work and visit.

The new commercial space establishes the area as a new commercial hub right in the heart of London.  Considerable investment is being made to utilities infrastructure, notably telecommunications, drainage, electricity and heating.  The result will be an ultra-modern, accessible and business-friendly environment suiting a range of sectors. Jones Lang LaSalle predict jobs across the creative industries, professional services and technology sectors.

An extensive network of green open spaces, including a new 12-acre linear park, will make this an attractive place for all. Pedestrian and cycle friendly routes are linking our two new town centres, Battersea Power Station and a revitalised Vauxhall, via the new commercial hub at Embassy Gardens. 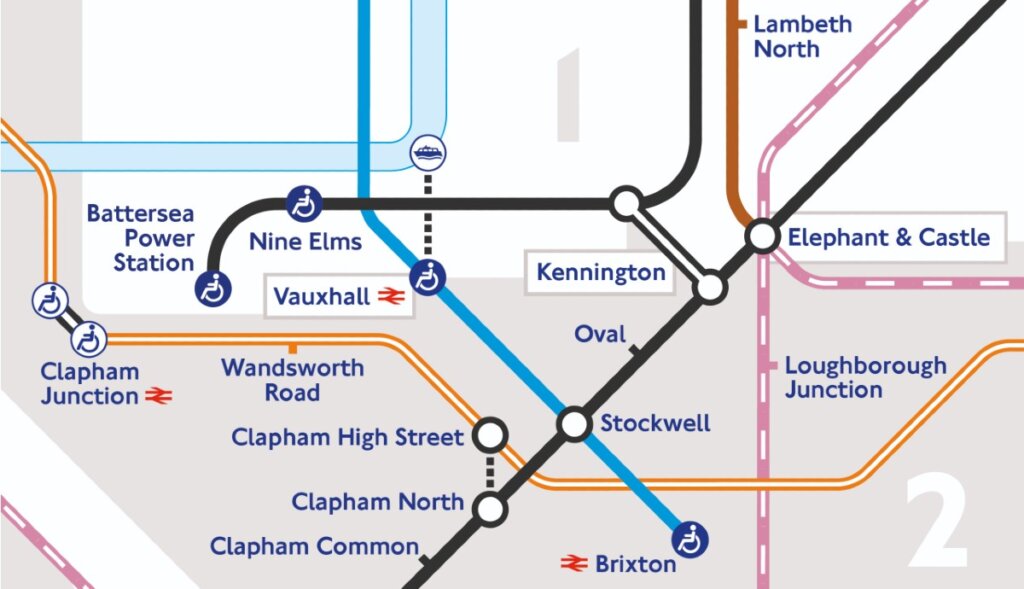 Major improvements to the existing transport network are being delivered, including a new Zone 1 Northern Line Extension with stations at Battersea Power Station and Nine Elms which opened in September 2021, cutting travel times to the City and West End to less than 15 minutes.

The area is emerging as a vibrant 24-hour creative district, where culture integrates with business and commerce. Damien Hirst’s Newport Street Gallery forms part of a cluster of galleries around Vauxhall with Tate Britain just a stone’s throw away on the North Bank and Royal College of Art in Battersea.

International visitors flying in? Nine Elms is less than an hour from Heathrow, just over half an hour from City or Gatwick airports and 12 minutes from St Pancras international for Eurostar. The area will have up to nine new hotels, suitable for all pockets. 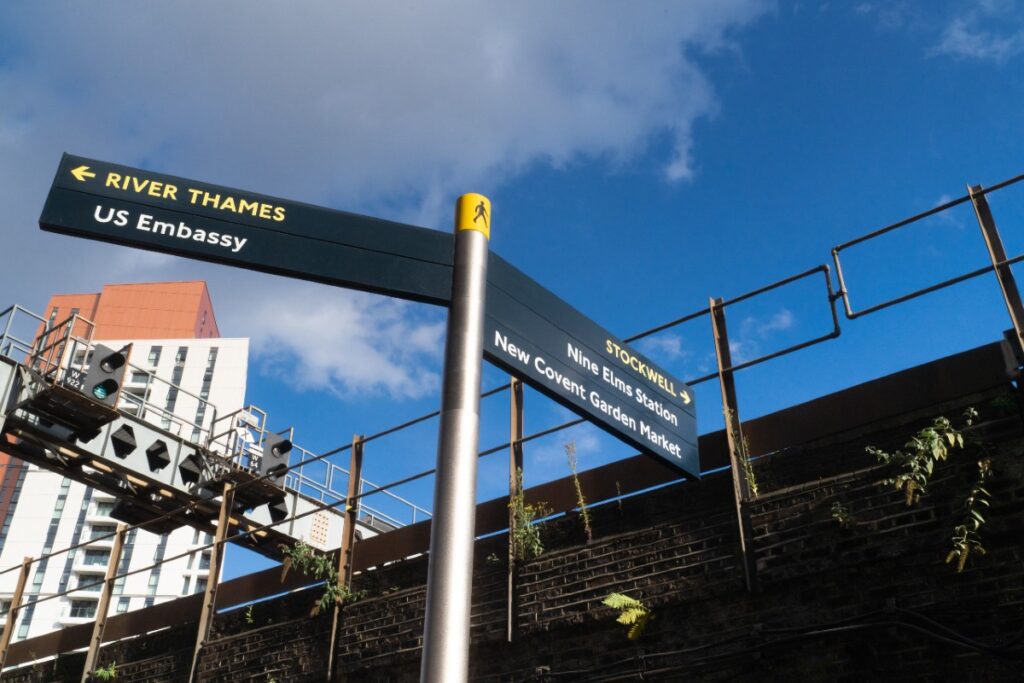 The Vauxhall, Nine Elms and Battersea area is already home to thousands of established employers: MI6, the US Embassy, independent shops and cafés, and good representation from corporates and the not-for-profit, governmental and creative sectors. It includes the country’s biggest wholesale fresh produce market at New Covent Garden Market, the small enterprise cluster at Stewarts Road and Vauxhall’s thriving evening and night-time economy. Battersea Power Station is also opening in 2022.

A range of sector specialisms are already established throughout Vauxhall, Nine Elms and Battersea. Future occupiers will benefit from a strong network of business services including IT, telecoms, digital and creative agencies.