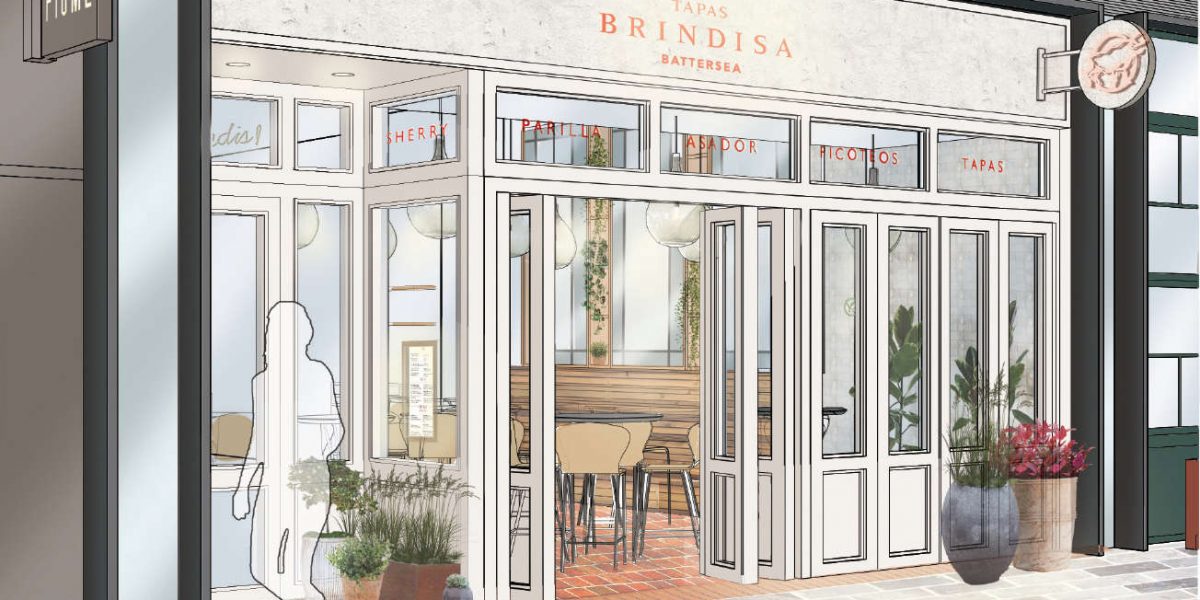 Tapas Brindisa, the family-run Spanish bar and restaurant known for its selection of authentic charcuterie, cheese and other Spanish delicacies, will open at Battersea Power Station this Autumn as it celebrates 30 years since founder Monika Linton first brought Spanish produce to the UK.

The restaurant is the latest to join the line-up at Circus West Village, the first phase of the regeneration of Battersea Power Station, which is quickly establishing itself as London’s hottest new food and drink destination.

Situated on the banks of the River Thames, Tapas Brindisa will sit alongside Francesco Mazzei’s Fiume and the seafood specialists Wright Brothers, which both opened at Circus West Village last year. The restaurant will also boast a spacious outdoor terrace directly overlooking the River Thames, with the iconic Power Station in the backdrop.

Circus West Village is already home to a selection of cafes, bars, restaurants and businesses and is now serviced by the MBNA Thames Clippers River Bus. Restaurants already open include; Mother, a pizzeria from Copenhagen, No. 29 Power Station West, a neighbourhood bar and restaurant, Italian restaurant Fiume, seafood specialists Wright Brothers, The CoffeeWorks Project, Vagabond, one of the UK’s first urban wineries, Tonkotsu for Japanese ramen, Cinnamon Kitchen from chef Vivek Singh and The Battersea General Store for delicacies from around the word.

“Tapas Brindisa is a great new addition to Circus West Village which has quickly become one of London’s most exciting new food and drink hotspots. The plans for the new restaurant sound fantastic and I can’t wait for Monika and her team of talented chefs to bring a taste of Spanish life to the banks of the River Thames.” 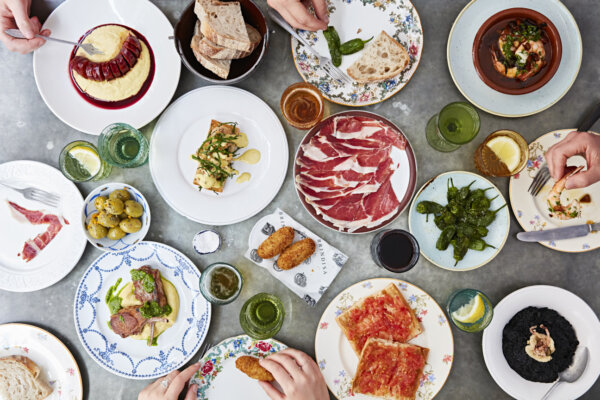 New for Brindisa, the restaurant will have a dedicated cheese and charcuterie bar, spotlighting the producers with whom Monika has worked with over the years. It will offer selections of Monika’s favourite charcuterie available to eat in or take away alongside hand-picked seasonal cheeses aged in Brindisa’s cheese rooms by Monika’s husband Rupert.

In a nod to the Power Station’s heritage and art deco design, natural and reclaimed materials will be used throughout the restaurant, with muted tones of wood and terracotta tiling. Guests will be greeted by a central bar lined with stools for relaxed counter dining with a daily changing bar snacks menu, which will feature Monika’s manchego biscuits and freshly carved Bellota Iberico Jamon from Brindisa’s master carvers.

Alongside the open kitchen will be Brindisa’s first ‘Home Kitchen’ where the chefs will host supper clubs for up to 12 diners, as well as monthly tastings and cook-offs where Brindisa’s chefs experiment with new ingredients and dishes.

“Tapas Brindisa Battersea unites all that we love about the Brindisa family and our food – here, by the water’s edge, we can bring together our producers, our chefs and our team to give you an experience where Spain and its rich culinary heritage are ever present and in harmony with London. I look forward to marking Brindisa’s 30 years and returning to a neighbourhood I know well – our first office was just over the river!”