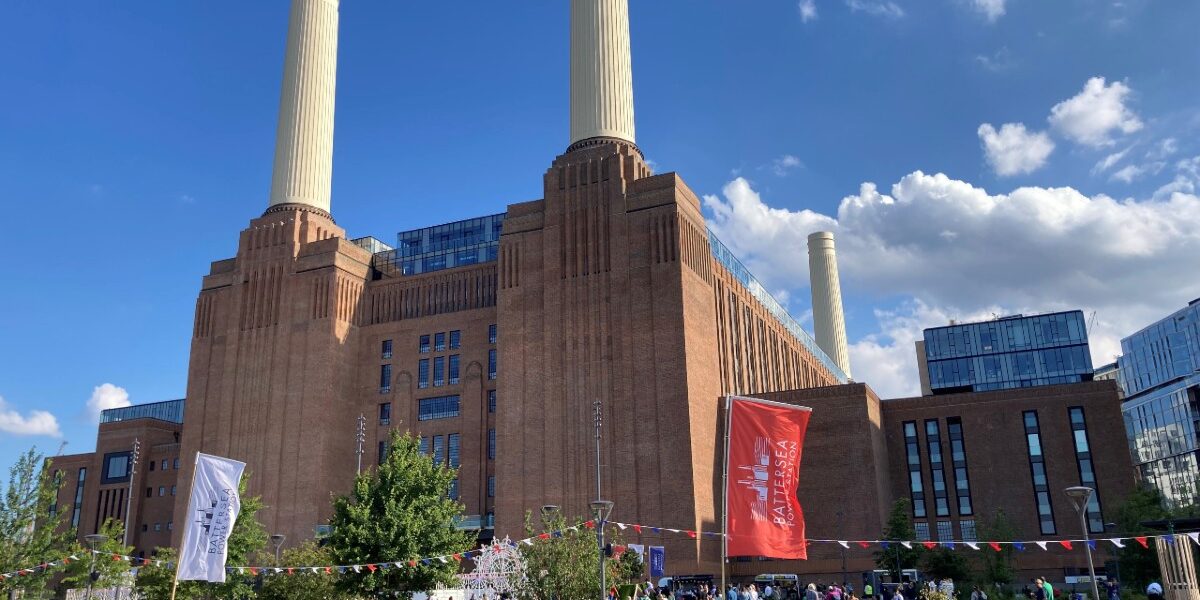 Battersea Power Station has announced that it will open its doors to the public for the first time in history from Friday 14 October 2022.

Electric Boulevard, a new pedestrianised high street which runs from the south of the Power Station, between Frank Gehry’s Prospect Place and Foster + Partners’ Battersea Roof Gardens to the new Battersea Power Station Zone 1 Underground station, will also open on the same day.

Over 2,500 new jobs will be created once the doors to the Power Station open. Wandsworth Council’s Work Match jobs service is helping people who live or work in the area to access new jobs at Battersea Power Station.

Find out more and apply for jobs on the Work Match website.

Almost 40 years after Battersea Power Station’s lights were switched off, the icon is back and set to become one of London’s top retail and leisure destinations. The building’s retail offering is housed in the Power Station’s two newly restored, historic Turbine Halls, which although identical when viewed from the building’s exterior, are completely unique in their interior design. Turbine Hall A reflects the lavish Art Deco glamour of the 1930s when the Power Station was built, whereas Turbine Hall B which was completed in the 1950s, has more of a brutalist, industrial look and feel.

The Boiler House at the heart of the Grade II* listed building will also be home to the recently announced 24,000 sq. ft Arcade Food Hall from JKS Restaurants which will open in 2023. 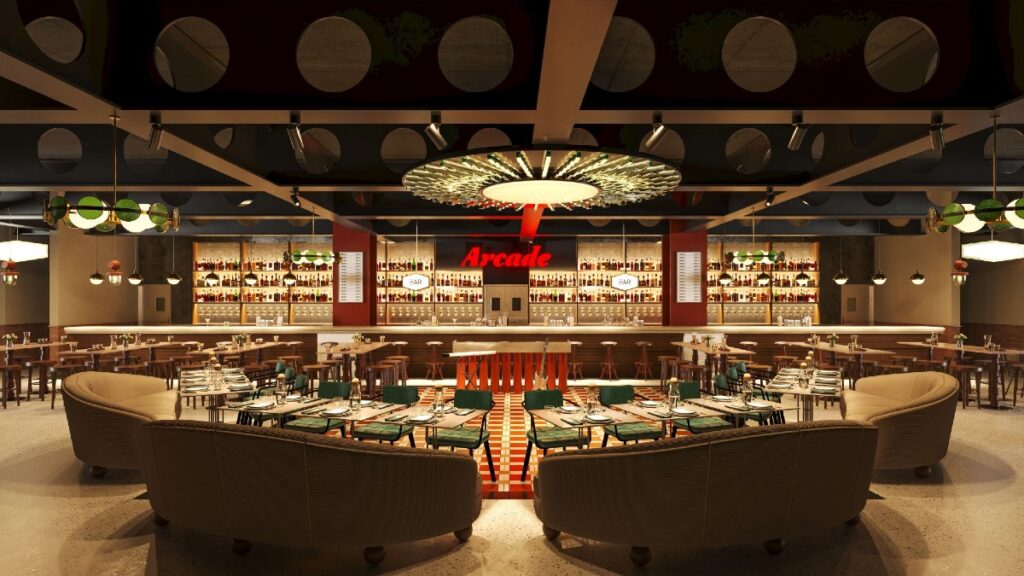 The Power Station’s two Control Rooms, which managed the distribution of power from Carnaby Street to Wimbledon – even powering Buckingham Palace and the Houses of Parliament, have also been fully restored. Control Room A is set to become a unique events space and Control Room B has been transformed into an exciting new all-day bar concept, with the Control Room’s original dials and controls on display.

Also opening inside the Power Station will be a host of entertainment venues that are sure to cement Battersea Power Station as one of London’s go-to leisure destinations, including The Cinema at the Power Station – whose sister site The Cinema in the Arches is located under the railway arches in Circus West Village. It will play host to a private members club alongside showing the latest blockbusters in their state-of-the-art screens.

A unique chimney lift experience is also set to open. Lift 109 is set to become one of the most unique experiences in London combining an exhibition space housed in the Power Station’s Art Deco Turbine Hall A with a glass elevator ascent to the top of the Grade II* listed building’s north-west chimney – reaching a stunning viewpoint 109 metres above ground level. Visit the Lift 109 website.

Electric Boulevard, a new high street for the local area will also open on 14 October. The new high street will offer a mix of bars and restaurants, office space, shops, a park, community hub and a new 164 room hotel from art’otel, the brand’s first hotel to open in the UK. Retailers already announced to be opening on Electric Boulevard later this year include high street favourite, ZARA and a new-concept M&S Foodhall. A 28,000 sq. ft club from London fitness brand, Third Space, will also be opening in 2023.

With the Northern Line extension providing a Zone 1 London Underground station, Battersea Power Station is now within 15 minutes of the West End and the City and is expected to draw visitors from across the capital and the globe, becoming one of London’s most visited destinations. Battersea Power Station is also easily accessible via the Uber Boat by Thames Clippers river bus service, bike, train and on foot.

Find out how to get to Battersea Power Station

Battersea Power Station first started generating electricity back in 1933 and at its peak, Battersea Power Station supplied a fifth of London’s electricity. The building was decommissioned in 1983 and during the years that followed, several failed attempts were made to redevelop the site. The Power Station has been under the custodianship of the current shareholders, Sime Darby Property, S P Setia and the Employees’ Provident Fund (EPF) since 2012, and during this time, the Grade II* listed building has been painstakingly restored to its former glory. In 2019, PNB and EPF became the long-term commercial asset holders securing the future of the landmark for many generations.