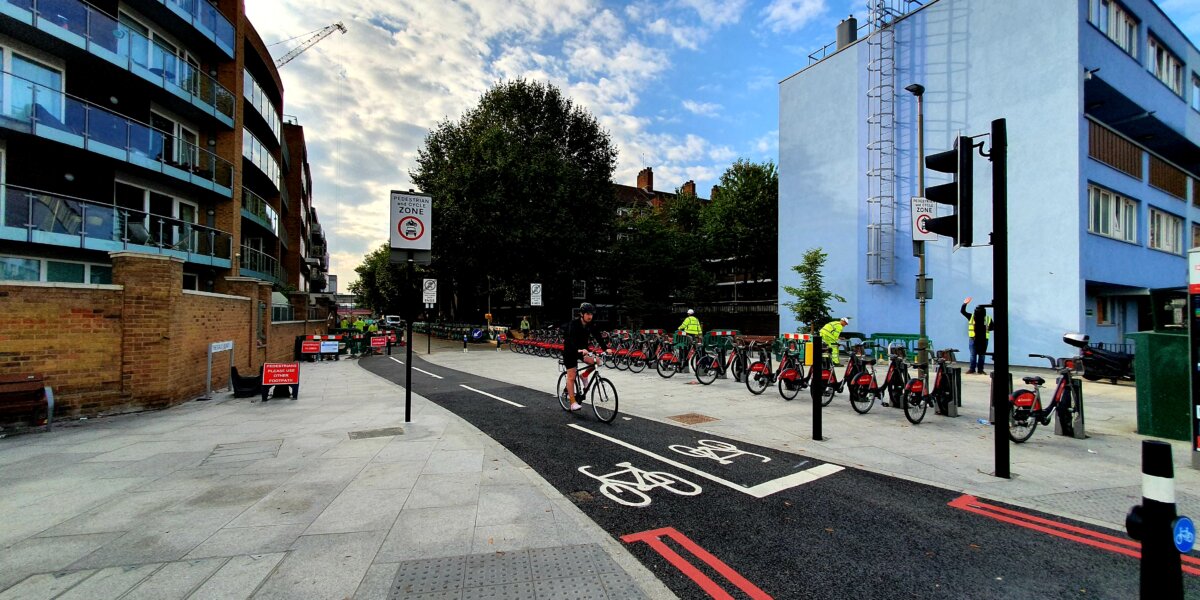 Just days ahead of the opening of the brand-new tube link to Battersea and Nine Elms, another transport infrastructure project involving Wandsworth Council, Transport for London and Battersea Power Station has been completed to support active travel and public transport options through this part of the borough.

The joint scheme has seen the first phase of improvement work in the transformation of the streets around Nine Elms completed. This work is making travel in the area safer and more enjoyable for people walking, cycling and using public transport, including the new Northern Line Extension.

The project supports the wider regeneration in the area along with the extension of the Northern line and will see the 2.5km stretch of Nine Elms Lane and Battersea Park Road completely redesigned to make it more attractive, accessible and people friendly. It is part of a £1bn package of dedicated infrastructure investment to support the size and scale of the area’s growth.

The Northern Line Extension between Kennington and Battersea Power Station will improve transport links in the Vauxhall, Nine Elms and Battersea areas, with journey times to the City and West End taking less than 15 minutes and opens this coming Monday (September 20).

Work will continue on future phases of the work, planned to be delivered between 2023 and 2025, as funding and land becomes available from the developments along this travel corridor.

These improvements will see the completion of the upgraded footways and crossing facilities for people walking, improved bus stops, streetscape enhancements and provision of new cycle facilities providing a continuous cycle route from Vauxhall Gyratory to the east of the scheme and connecting with the CS8 Cycle Route at Macduff Road.

In response to the coronavirus pandemic, TfL has also upgraded the nearby cycle route between Wandsworth Town Centre and Chelsea Bridge (CS8), which is giving people across the capital more space to walk and cycle safely. Upgrades included protected space for people cycling, wider cycle lanes and lower speed limits to reduce road danger. The upgraded route is open and people without a bike can easily hire a Santander Cycles locally to try it out.

Councillor John Locker, transport spokesman for Wandsworth Council, said: “Completion of this first phase of improvements will be welcomed by all our local residents as well as those people who pass through the area and we appreciate all the hard work to get these works finished throughout what has been a difficult year.

“As a new town centre emerges around Battersea Power Station and the new Northern line stations opens next week, these new connections will encourage more people to walk, cycle or use public transport to get here.” 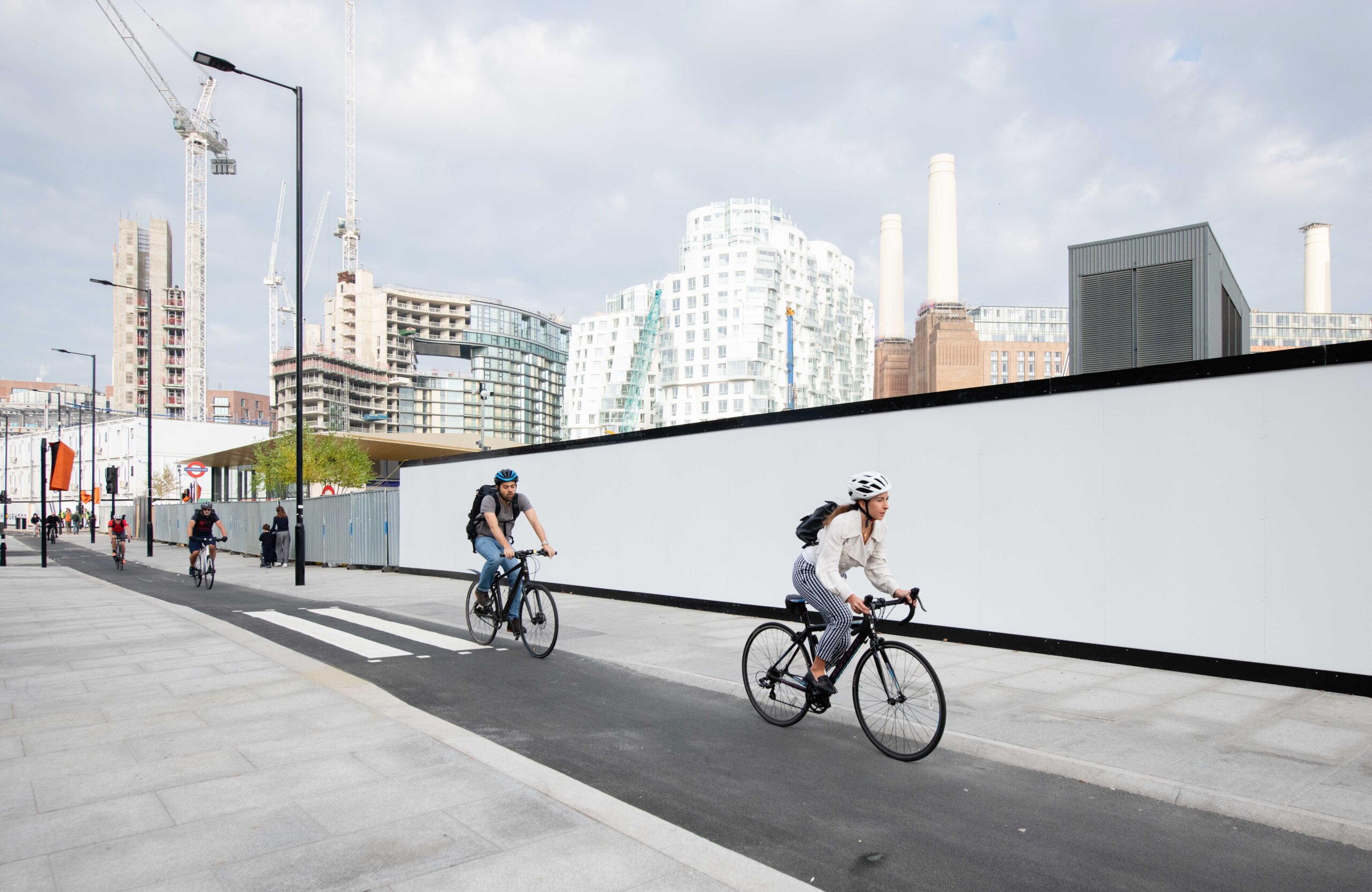 Will Norman, London’s Walking and Cycling Commissioner, said: “Enabling more Londoners to walk and cycle is more important than ever to ensure a cleaner, greener recovery from the pandemic, so I’m delighted that the first phase of improvements at Nine Elms is complete. The Northern line extension is supporting tens of thousands of new jobs and homes, and the changes to road layouts will ensure that the increased numbers of people living in and visiting the area can travel safely and sustainably.”

Julie Lewington, TfL’s Head of Projects and Programmes, said: “We’re pleased to have completed the first phase of the work around Nine Elms, which will support the extension of the Northern line and the major regenerations of the area, bringing new homes, jobs and open spaces to the local community. This project plays a key part in our commitment to create healthy streets across the capital, making it easier and safer for people to walk and cycle across London.”

Aaron Snipe, Spokesperson, United States Embassy, said: “This is great news for the area and it is great news for the many thousands of people who will journey here from across the UK to visit our Embassy. We warmly welcome improvements to the cycle and pedestrian infrastructure and the opening of the new Northern line extension.”

Looking to travel to Nine Elms? Plan your journey with Transport for London’s journey planner.