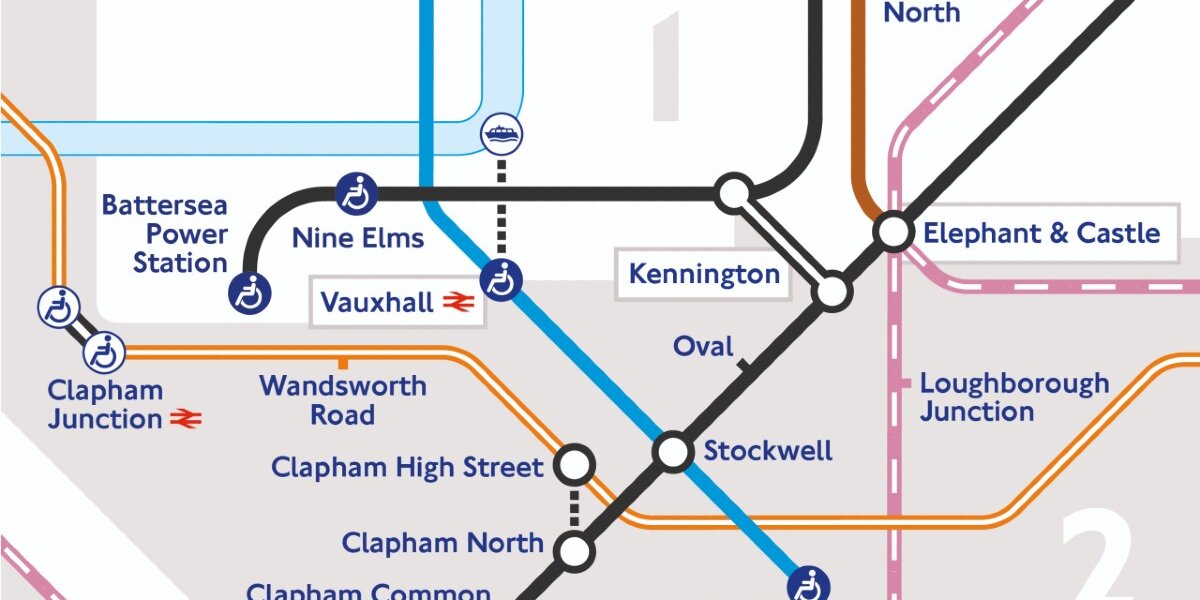 The brand new Tube map showing Battersea Power Station and Nine Elms stations has been released as final preparations are under way to get the Northern Line Extension ready to welcome its first customers on Monday 20 September.

Transport for London started construction in 2015 to bring the London Underground to Battersea, in the London Borough of Wandsworth, for the first time in its history. Wandsworth Council led the partnership to secure the funding and delivery of the new Tube line as part of a 20-year programme to transform the Battersea and Nine Elms area.

Councillor Ravi Govindia, Leader of Wandsworth Council said: “To see our area on the Tube map for the first time is a fantastic achievement for Wandsworth.

“Opening up the Tube is more than just transport connectivity. It is the catalyst for the transformation of this area which is bringing lots of job opportunities, cultural venues, food and beverage outlets, shops and offices. This is becoming London’s new urban district right on the river.”

Transport for London is rolling out the updated Tube map showing the two new stations on the extension line from Kennington, which is on the Charing Cross branch of the Northern Line.

The two step-free Zone 1 stations will be in operation from 5.28am on Monday 20 September with a peak time service of six trains per hour and five trains per hour during off-peak times. This will double in mid-2022.

Construction of the 3km twin-tunnel railway between Kennington and Battersea Power station, via Nine Elms, has stayed on track for an autumn opening and is the first major Tube extension this century.

The new map will go up in stations prior to the launch, as well as being available as a pocket Tube map featuring new cover artwork from British artist Helen Cammock, online at the TfL website and on the TfL Go app.

Carl Painter, London Underground Area Manager responsible for the two new stations, said: “There is a palpable air of excitement behind the doors in both of our state-of-the-art new stations as around 100 staff get ready to welcome customers from Monday. London Underground stations have a long history of helping to define a neighbourhood’s identity, in gluing communities together and providing a highly visible landmark that helps visitors to navigate. We look forward to welcoming customers to the newest additions to the Tube network next week.”

A stunning artwork by London-based Brazilian artist Alexandre da Cunha will be part of the Battersea Power Station ticket hall. The major new permanent Art on the Underground artwork has been inspired by the sunrises and sunsets seen from the River Thames at Battersea.

The £1.2bn Northern Line Extension is underpinning the transformation of the area from brownfield industrial land to a new neighbourhood on the river, supporting around 25,000 new jobs and more than 20,000 new homes across the Vauxhall Nine Elms Battersea Opportunity Area. In addition, construction of the extension boosted the UK economy and supported around 1,000 jobs, including 79 apprenticeships.

Travelling to Nine Elms next week? Plan your journey with Transport for London’s journey planner.