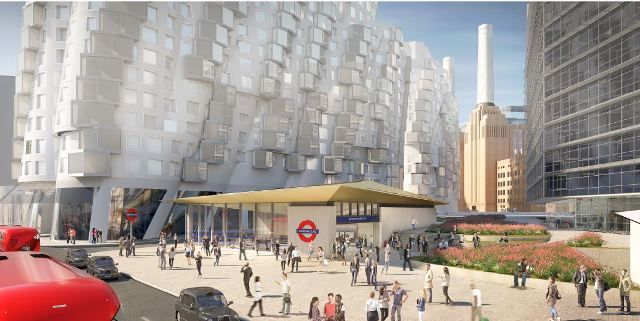 Wandsworth Council has welcomed today’s news that users of the London Underground are to benefit from increased capacity on the Northern Line.

The Northern line carries around 225,000 passengers a day between 5pm and 7pm.Customers coming in and out of Wandsworth will now benefit from 30 trains an hour on the Kennington to Morden section between that evening period. Previously this level of ‘peak’ service only ran for an hour, between 5.30pm and 6.30pm.Wandsworth is currently served by four existing stations on the Northern Line (Tooting Broadway, Tooting Bec, Balham and Clapham South), which are all in the Kennington to Morden section.

Today’s announcement means that the length of time that the highest frequency ‘evening peak’ services operate throughout the borough has doubled.Wandsworth is also set to benefit from the current Northern Line extension when two more stations at Nine Elms and Battersea Power Station open in 2020.

These will be the first new tube stations in London in nearly 20 years and will help further improve transport links to the Nine Elms area, essential to supporting the regeneration scheme which is creating up to 25,000 jobs and 20,000 new homes.Journey times from Nine Elms and Battersea to the West End or the City will, in some cases, be less than 15 minutes.

Councillor Ravi Govindia, the Leader of Wandsworth Council, said: “Today’s news is great for the people of Wandsworth, particularly those living in Tooting and Balham and is the culmination of years of campaigning by the council for better Northern Line services for our residents.

“The Northern Line is the busiest on the London Underground and this new timetable is going to give our residents and people traveling in and out of the borough, far less congested and faster journeys.

“This improvement has been made possible because of new investment in signalling near Bank Station, which is also something we have long called for. By easing the logjam that has always existed at this pinchpoint in the system, TfL can double the period of extra evening services on our stretch of the Northern Line meaning our residents will now be able to get home quicker after work, which local people will of course appreciate greatly.”

Councillor Govindia added: “I’m also delighted to see that the planned Northern Line extension, remains on track for completion in 2020, giving us two new stations in Battersea and Nine Elms. Again this is something that we have campaigned for.

“Wandsworth’s central location and ease of connectivity to the heart of London is vital in helping attract investment to the borough and these improvements and additions to the Northern Line will give a boost to the local economy.

“With high profile companies like Apple and Penguin Random House both moving to Nine Elms, along with the creation of the Royal College of Art’s Innovation Centre in Battersea, the message is clear that Wandsworth is a great place to invest. Today’s news only helps strengthen that message.”