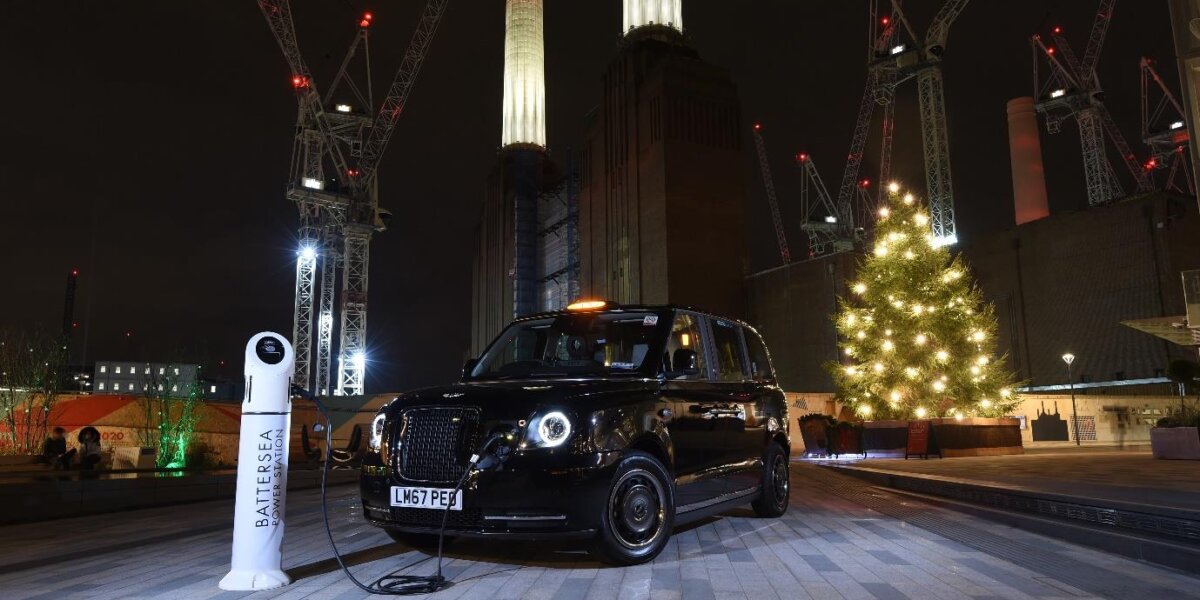 The TX is the latest version of London’s famous “black cab”, drawing on the design heritage of predecessor diesel vehicles but powered by new range-extended electric technology. Just as Battersea Power Station is recognised around the world as a design classic and a famous London icon, so too are the city’s black cabs. The classic appearance of the previous TX4, TXII and FX taxis is reflected in the look of the vehicle. The instantly recognisable rectangular grille and circular headlights have been incorporated into a much more contemporary design, with daytime running lights, simplified lines, and an inset chrome frame to the grille. Similarly, a rear-hinged passenger door with 90° opening provides a more opulent entry and exit for passengers, reminiscent of the 1930s luxury saloons that in part influenced the design of the vehicle.

The new taxi has been built using the latest techniques in aluminium bonding. This avoids welding or riveting – which reduces the weight of the cab, completely offsetting the additional weight of the battery, whilst maintaining vehicle strength. The TX uses eCity technology which combines a small petrol generator (known as a “range-extender”) with a class leading battery and proven electric powertrain. The eCity platform will give drivers a range of 80 miles on pure electric, and a combined range of up to 400 miles with its small petrol generator.

This London street icon retains its renowned disability access features. There will be a new retractable integrated ramp making it quicker and easier for drivers to load passengers in wheelchairs in a new forward facing position. Other accessibility features include induction loops for hearing aids a well as contrasting grab handles and seat edges for the partially sighted.

This landmark moment was celebrated at Circus West Village, the first phase of the Battersea Power Station regeneration which is now open. The entire site has been designed to be future-proof for a mass adoption of electric vehicles with the infrastructure for almost 1,000 electric charging points planned and the flexibility to increase that. The first 57 charging points are now available for use at Circus West Village.

The Grade II* listed Power Station building and its surrounding areas is being transformed into a community of homes, shops, offices, restaurants and public space – a vibrant, new town centre for Londoners.

Like the TX, both icons blend old and new and are being redesigned for 21st century living, and have a major role to play in the future London landscape.