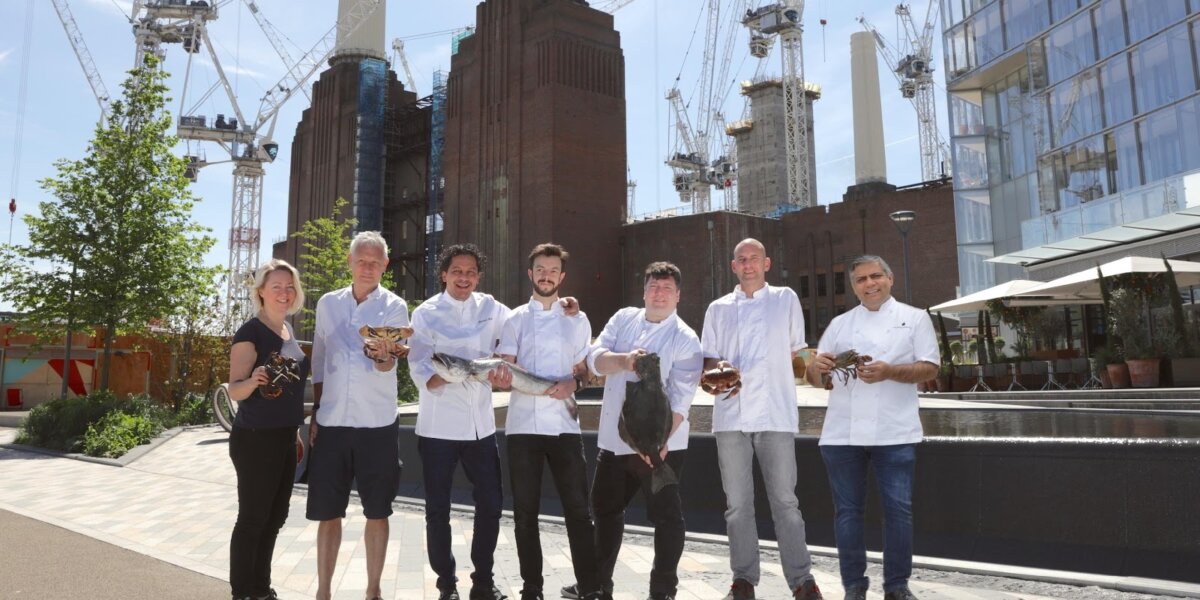 A host of world famous chefs will be lending their magic touch to the London Seafood Festival at Battersea Power Station this summer, with all the family able to enjoy chef masterclasses, exclusive dishes, a crayfish boil, an oyster masterclass and a selection of pop-ups serving a range of delicious dishes.

The five-day festival, which takes place on the banks of the River Thames from Wednesday 20 to Sunday 24 June, will also have a variety of maritime themed cinema screenings for kids and adults alike. Children will also be able to enjoy face painting, a giant bubble maker and much more.

The guest chefs will be cooking up a storm on the Riverwalk at Circus West Village on both Saturday 23 and Sunday 24 June. The demonstrations are free to attend and a full timetable will be shared on the Seafood Festival website.

There will also be special seafood menus, masterclasses and ticketed dinners at the many restaurants at Circus West Village. Pop-ups will include renowned Spanish restaurant Brindisa, which will be serving a traditional seafood paella, Pedler Cru which will host a Seafood and Cocktail Bar and Battersea Brewery will be serving refreshing drinks.

There will also be many events at the restaurants of Circus West Village, including:

The selection of maritime-themed films on show over the weekend includes Jaws, Splash, Finding Nemo and Finding Dory. A special sing-along edition of “The Little Mermaid” will also feature as part of the line-up on Saturday 23 June.