Where did this name come from? 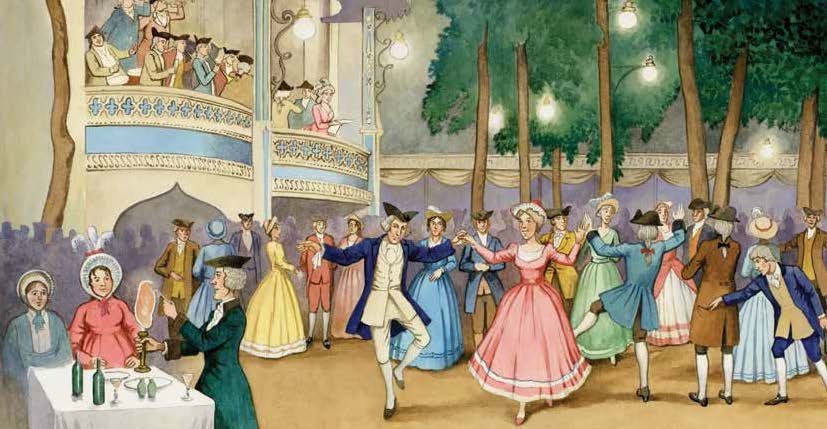 Around the time of the signing of the Magna Carta, there lived a military ruler of Anglo-Norman background in a giant manor house in Lambeth. His name was Sir Falkes de Breaute and he served under King John and Henry III as a mercenary.

Naturally, he named his large estate after himself, Falkes Hall. Over time, this evolved into Fulke’s Hall, Faukeshall, Fawkyhall, Foxhall, Faux Well, and eventually Vauxhall. You can see this progression of names in several maps of London but it’s only in 1293 that “Vauxhall” stuck.

His name might have been transformed over time, but one thing that remains unchanged is Sir Falkes de Breaute’s heraldic crest: a griffin. When Vauxhall Motors were founded in 1857, they chose the de Breaute griffin as their logo and today, The Vauxhall Griffin pub bears it as name and brand.

That’s how the name ‘Vauxhall’ came to be.

But there’s another quirky bit to this name: it became synonymous with the Vauxhall Pleasure Gardens in the 1780s. It was the party scene of renaissance London, featuring a who’s who of entertainers, artists, aristocrats and gentry.

One of its visitors was Michael Maddox, an English entrepreneur and theatre manager who had polished his skills of running entertainment venues in England as well as St. Petersburg, Russia.

Being one of the first railway lines in Russia, the word ‘Vokzal’ took on the meaning of ‘railway station’ and to this day, you’ll find ‘Vokzal’ (вокзал) on Russian platform signs.

From a French mercenary living just south of the Thames to London’s 18th Century premier leisure destination, Russian railroads to an English car company, Vauxhall’s name is steeped in history and heritage. You can find out all about this, and more, through the Vauxhall Society and make sure to register for one of their insightful guided walks.

How about that for a fun fact for the next time you visit Vauxhall and Nine Elms?

To stay in the loop with Nine Elms fun facts, sign up for the newsletter below: