The Nine Elms neighbourhood is known for its railway lines and roads connecting the area with other parts of London.

Arch 42 is a new railway arch connection between communities on each side of the tracks, creating a new public walking route between the new Northern line Tube stations, Wandsworth Road, New Covent Garden Market, Nine Elms Lane and the River Thames. It’s part of a package of infrastructure and public realm improvements being made by Wandsworth Council, TfL and local partners as the Nine Elms area grows.

This old railway arch forms a section of the Victorian railway viaduct which carries the South Western main line into Waterloo station.

The route through the archway will be distinguished by attractive gateways chosen through a competition run by Wandsworth Council in partnership with London Festival of Architecture (LFA). The gateways have been designed by Projects Office and will be installed in 2022. 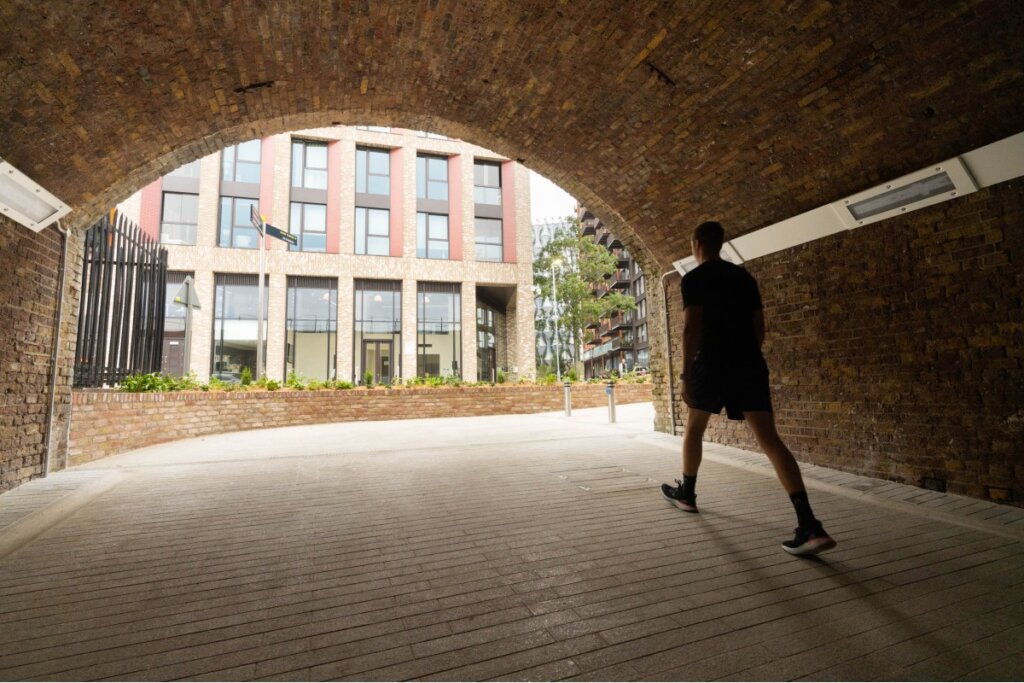 Quick link: the new pedestrian route through Arch 42 before the gateways are installed 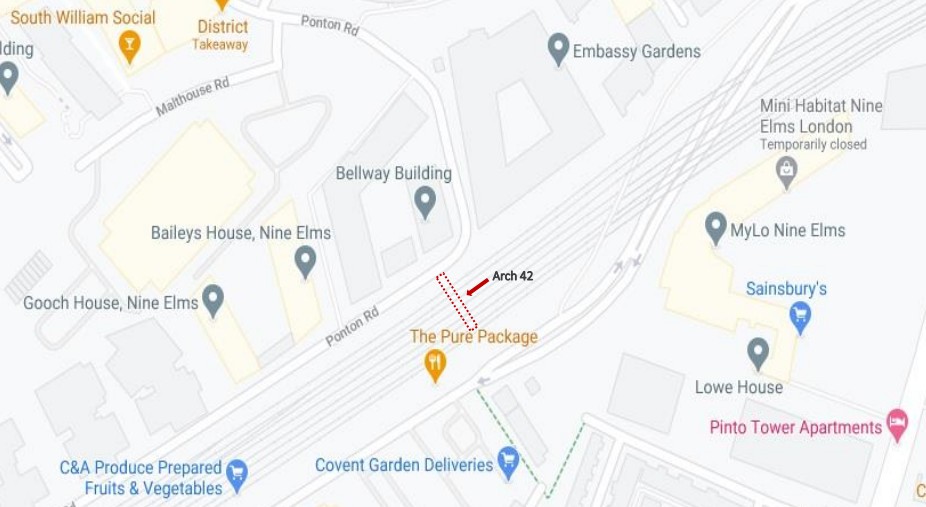 The design was judged to show the best balance between innovation and artistic merit as well as showing deliverability and practicality for long term maintenance. 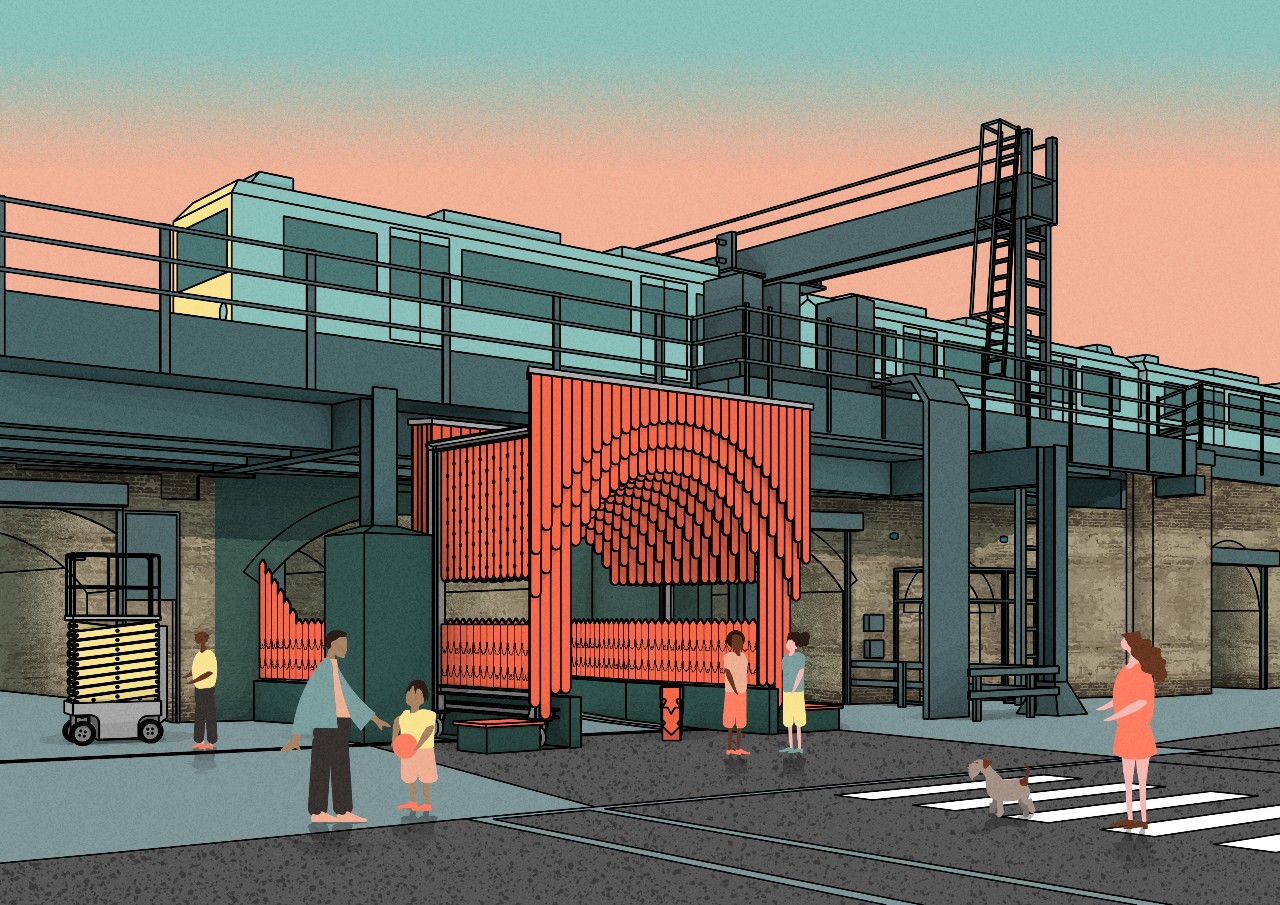 The proposals include an archway highlighting the tunnel’s southern entrance with integrated seating and lighting, a decorative arch to the north, a ‘community totem’ which glows at night and plentiful planting. 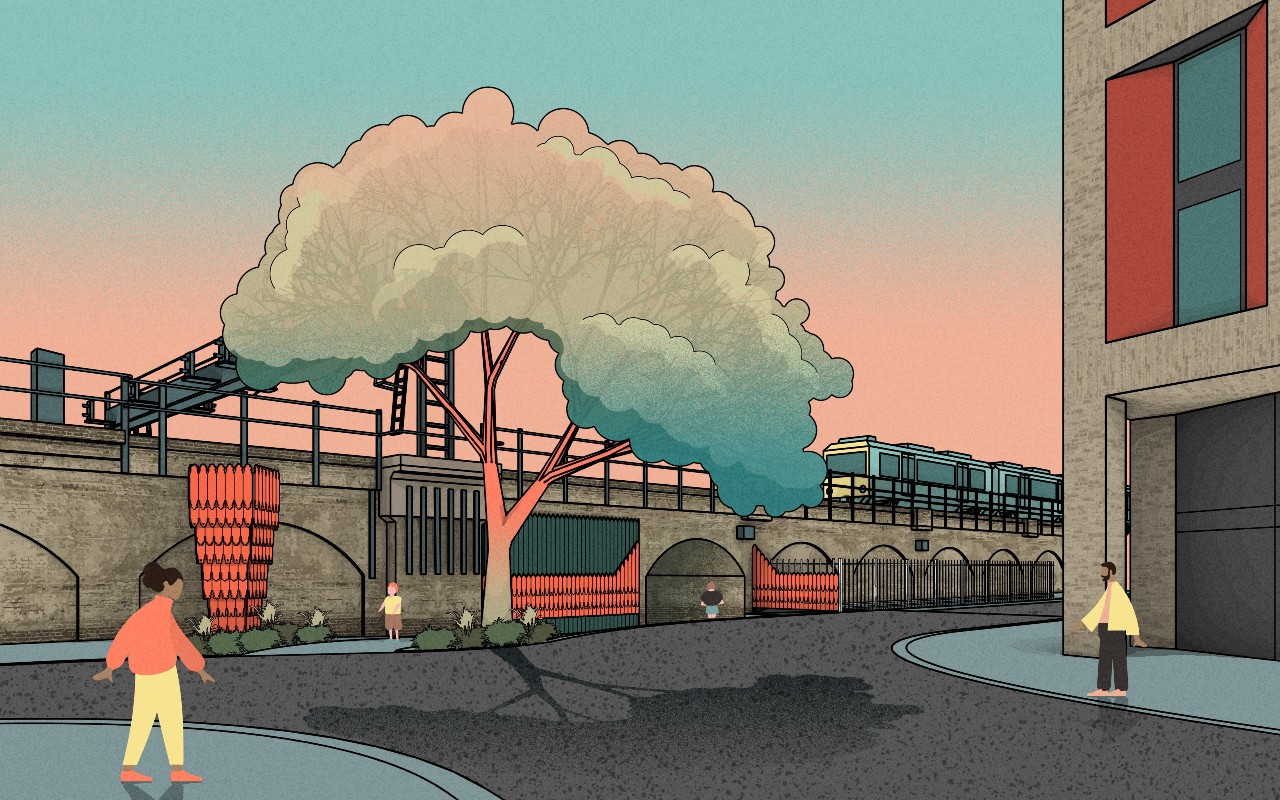 Do you know what a ‘daggerboard’ is? The name refers to the decorative wooden pieces hanging from railways station canopies built between the late 1850s and 1930s, which helped to remove water from the canopy.

Download a handy DIY guide to make your own daggerboard

Or roll up your sleeves and follow a short video workshop with Megan from Projects Office to design your own daggerboard with paper, scissors and glue.

Also in the area 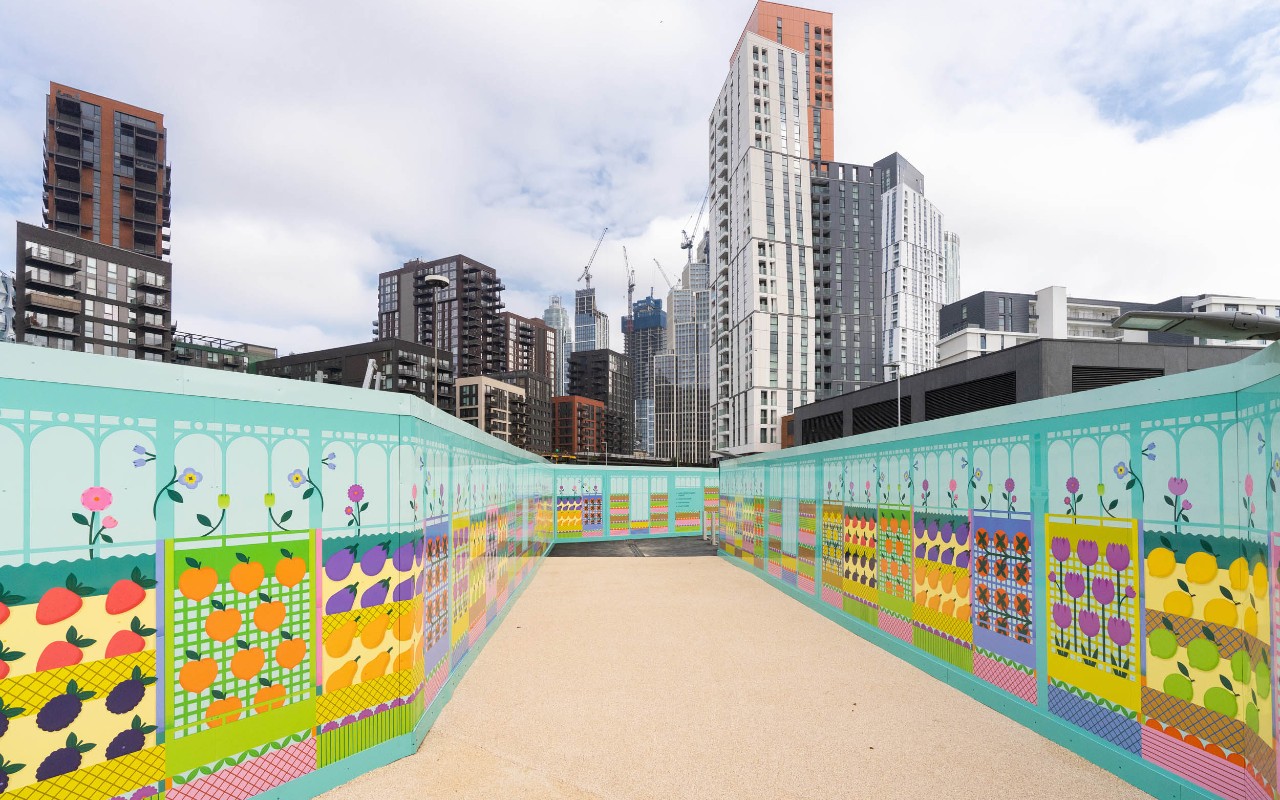 Arch 42 is just the latest gateway to be re-designed or improved in Nine Elms. See pictures of more key gateways around the area in our online photography gallery created for LFA2021.