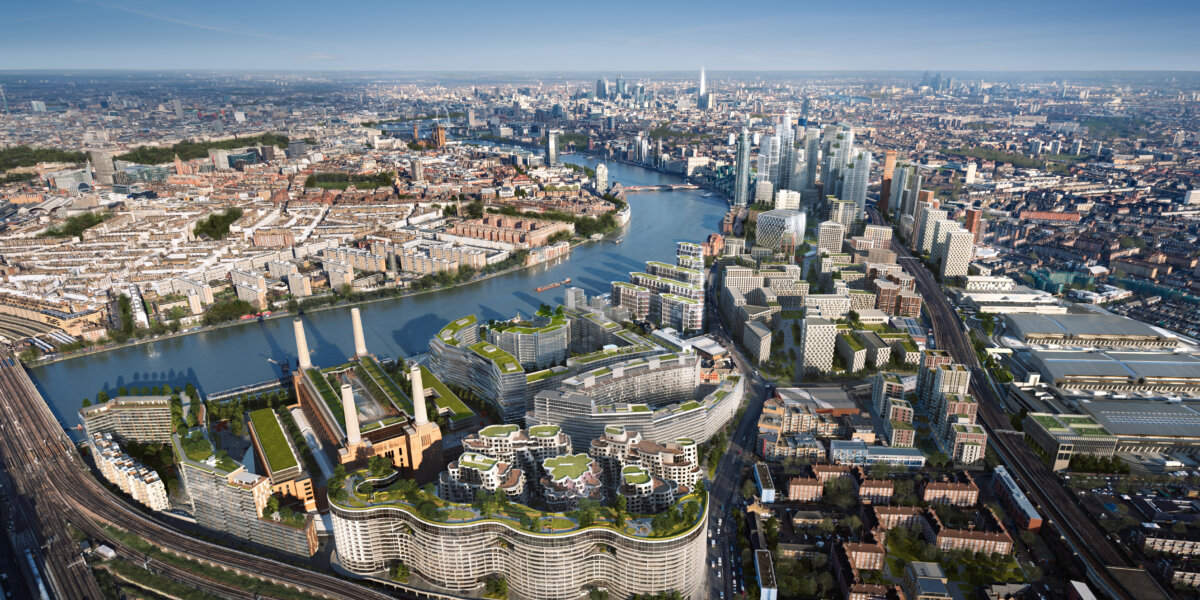 Walking around Nine Elms and Vauxhall is like walking down a red carpet of architectural celebrities: each new development modelling their iconic styles, big names, and architectural trends. Once the cranes clear and the dust settles, Nine Elms Lane and Albert Embankment combined will have one of the highest concentrations of architectural star power in London.

Further along Nine Elms Lane, there’s Riverlight, the development by St. James. These trendy towers are designed by world-renowned architects Rogers Stirk Harbour + Partners, under the principle of ‘living in the light’ to maximise sunlight and optimise the view of the river. The same architects also designed Merano Residences on the Albert Embankment.  Merano’s neighbours, The Corniche and The Dumont, also by St James, are designed by Foster + Partners and David Walker Architects respectively.

Across the road from Riverlight is the large cubic US Embassy, designed by Kieran Timberlake. The building is distinctive in its form; it’s a modern and energy-efficient representation of American “transparency, openness, and equality”.

Next door is Embassy Gardens, a development spanning 6 hectares that is inspired by the architectural style of New York’s meatpacking district and is masterplanned by eminent architect Sir Terry Farrell.

The list goes on: Gehry Partners, RHWL Architects, Keith Williams Architects, Feilden Clegg Bradley, Scott Brownrigg and Make Architects.  Just some of the other architectural names playing their part in creating this new 24/7, mixed-use neighbourhood in Vauxhall and Nine Elms.

During the month of June, London Festival of Architecture 2017 kicks off with an array of events and activities. Europe’s biggest annual architecture festival will include workshops, screenings, installations, tours and talks taking place in and around Vauxhall, Nine Elms and Battersea, celebrating the theme of ‘memory’.  For the full local line-up, see nineelmslondon.com/lfa