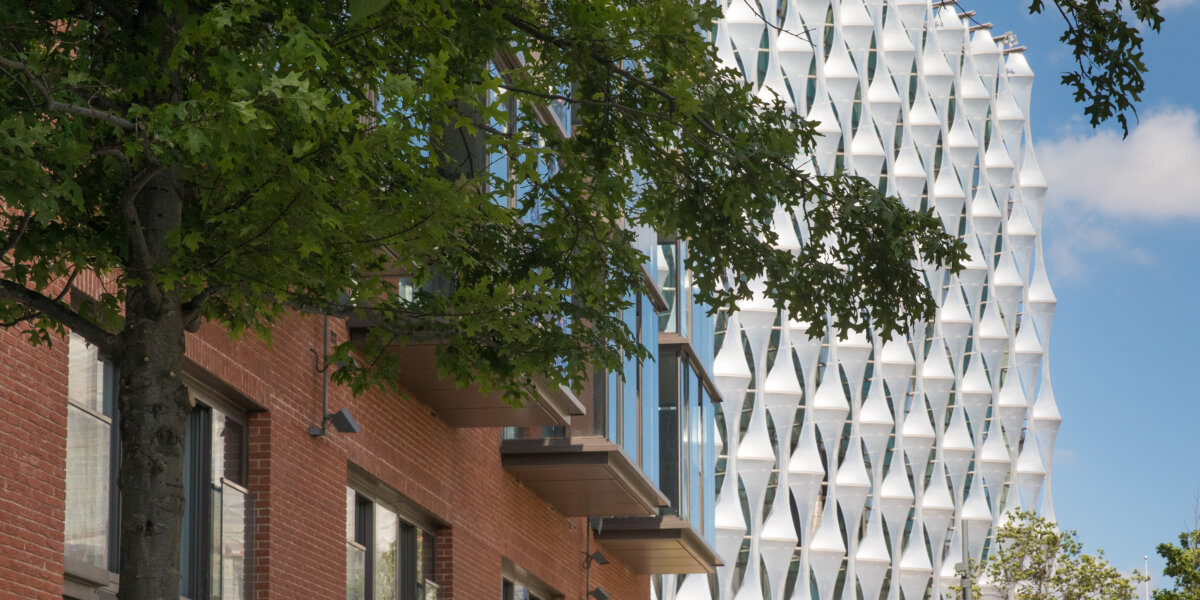 The embassy will not be formally opened until the New Year but a special architectural event was hosted today to unveil its striking design.

The US Government’s decision to relocate their embassy from Grosvenor Square to the Nine Elms district of Battersea has been widely hailed as recognition that this part of the borough is poised to become London’s most vibrant new business and leisure destination.

As well as the new embassy, tech-giant Apple is also moving its UK headquarters and around 3,000 staff to new offices at Battersea Power Station, while the Nine Elms regeneration as a whole is expected to create 25,000 new jobs and thousands of new homes including around 2,400 new affordable homes. It is Europe’s biggest regeneration project. 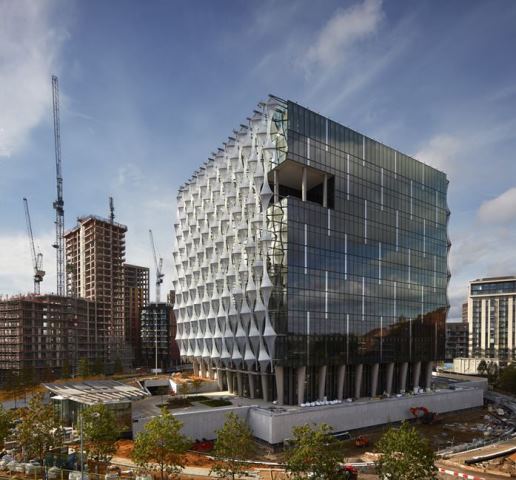 The new US embassy. Image courtesy of Richard Bryant / arcaidimages.com

“The mere announcement of the Embassy coming to Nine Elms became a magnet for new investment. It was that vital catalyst for a regeneration program which is delivering tens of thousands of jobs and homes to the area.

“Where the State Department led others followed – of particular note for us was the subsequent announcements that Apple will be moving to Nine Elms and that the Royal College of Art is expanding its campus and innovation centre in Battersea.

“These high-profile digital, design and technology institutions coming to Wandsworth will open up untold opportunities for our residents and become another catalyst spurring on other businesses to make a similar move.

“Couple this with the transformation of Battersea Power Station – itself an icon of the past getting a new lease of life as the anchor for a new town centre; a remodelled New Covent Garden Market starting its third incarnation as London’s supplier of great produce, and many more making Nine Elms an icon of post industrial regeneration.

“As if this was not enough – tunnelling works to deliver the Northern Line Extension are complete and we will soon have two new tube stations linking the area with the rest of London.  Nine Elms is set to become one of the best connected places in London.

“The Embassy has also already established roots in the local community with its volunteer programme and already many of the Embassy staff have made Wandsworth their home underlining the commitment to become a part of our community.

“Dare I say we are developing our own special relationship!”

According to KieranTimberlake, the architect behind the embassy’s design,”The State Department envisioned a new embassy in London that would serve as the centerpiece of one of America’s longest-standing and most valued relationships.

“The Nine Elms district, a South Bank industrial zone under intense redevelopment, is a unique setting for the new embassy. With an estimated 1,000 daily visitors and 800 staff, the embassy is poised to establish a strong framework for the urbanisation of Nine Elms.

“The embassy stands at the center of this burgeoning area of London, with a public park containing a pond, walkways, seating, and landscape along its edges. The design for the new embassy represents a holistic fusion of urbanism, building and landscape.”