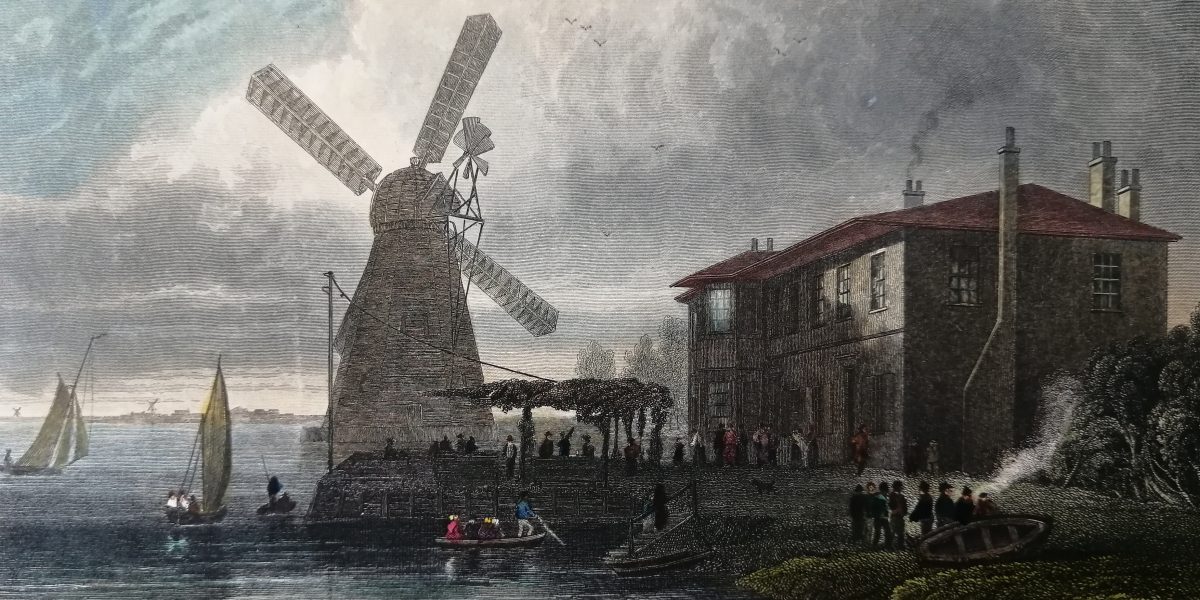 This riverside tavern called the Red House once stood where Battersea Park is now, occupying five acres of land from around 1753 to 1853.

Known locally as the “Red ‘us”, the structure was built of red brick with green shutters and a prominent bay window.

Visitors to the house would arrive by boat from London. In the main building there were 14 rooms and to the east a line of alcoves providing dining space for 12 people.

The Red House was a popular place for water sports and a favourite finishing post for water races from London Bridge.

In 1825 the famous actor Edmund Kean offered a wherry (a river boat for carrying passengers or cargo) as a prize for a race ending there. 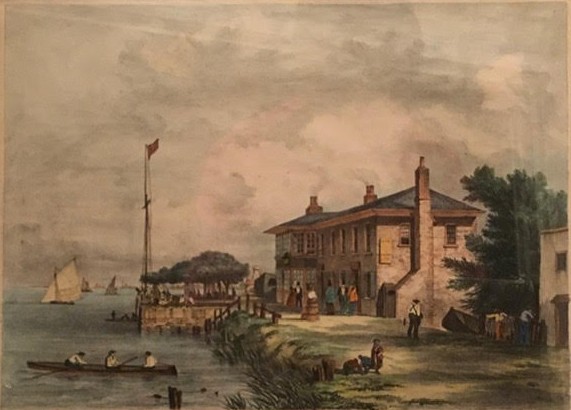 The main sporting attraction was the shooting ground, an enclosure of around 120 square yards where Red House club members met. Charges for shooting were 15 shillings for 12pigeons, 4 for starlings and 2 for sparrows.

The grounds hosted the last duel involving a British Prime Minister – the Duke of Wellington versus Lord Winchelsea. On 21 March 1829 they duelled over Lord Winchelsea’s opposition to Catholic Emancipation. Luckily both shot evasively, and bodies and honour were preserved. 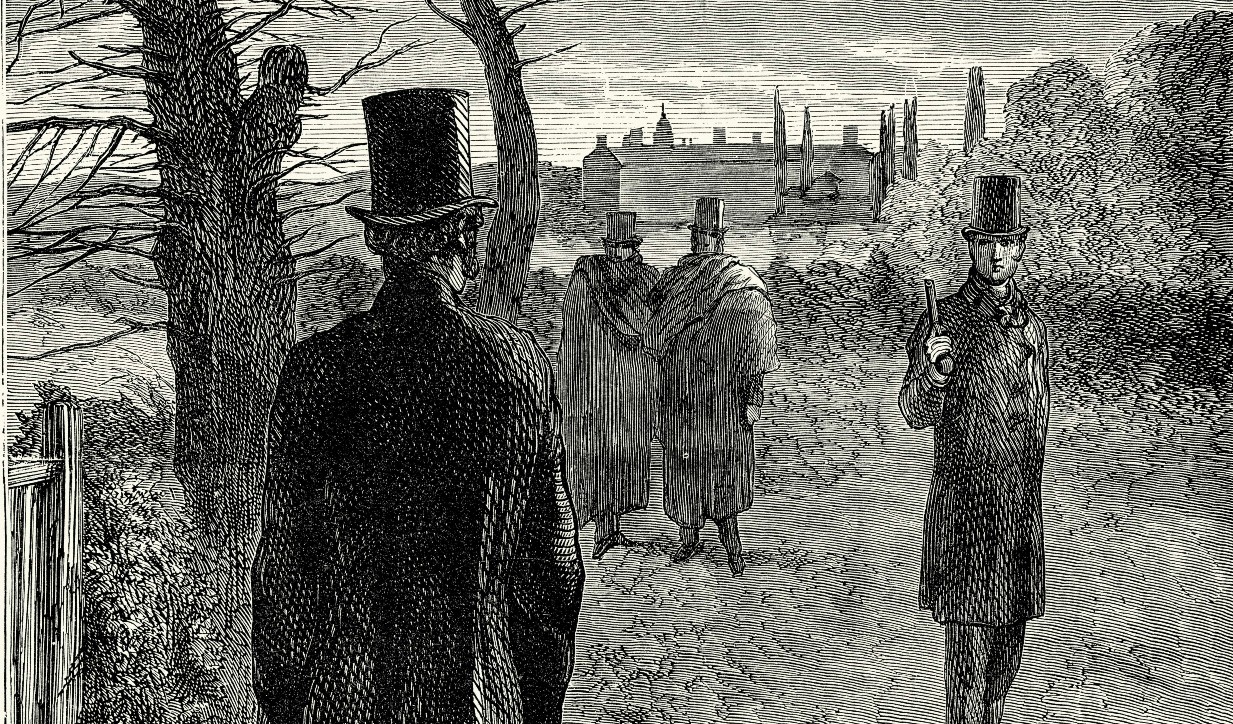 All classes of society enjoyed the area. Visitors including Charles Dickens would arrive by ferry from Chelsea or over Battersea Bridge to promenade, paint, write and read poetry at the tavern.

For a while the Red House became similar to Vauxhall Pleasure Gardens with fireworks, ballet and circuses on display for modest entrance charges.

Gradually, the area declined to become a hotbed of debauchery, gambling and brawling. The Committee for the Suppression of Vice received complaints that a great many disorderly people frequented the area.

In 1846 an Act was passed to develop a formal park at Battersea. The government bought the Red House and its grounds for £10,000 and the pub was demolished, making way for Battersea Park, opened by Queen Victoria in 1858.