Looking back: Exploring the history of Battersea Barge

The riverside location of Battersea and Nine Elms has always played a significant role in London’s history with its industrial past. 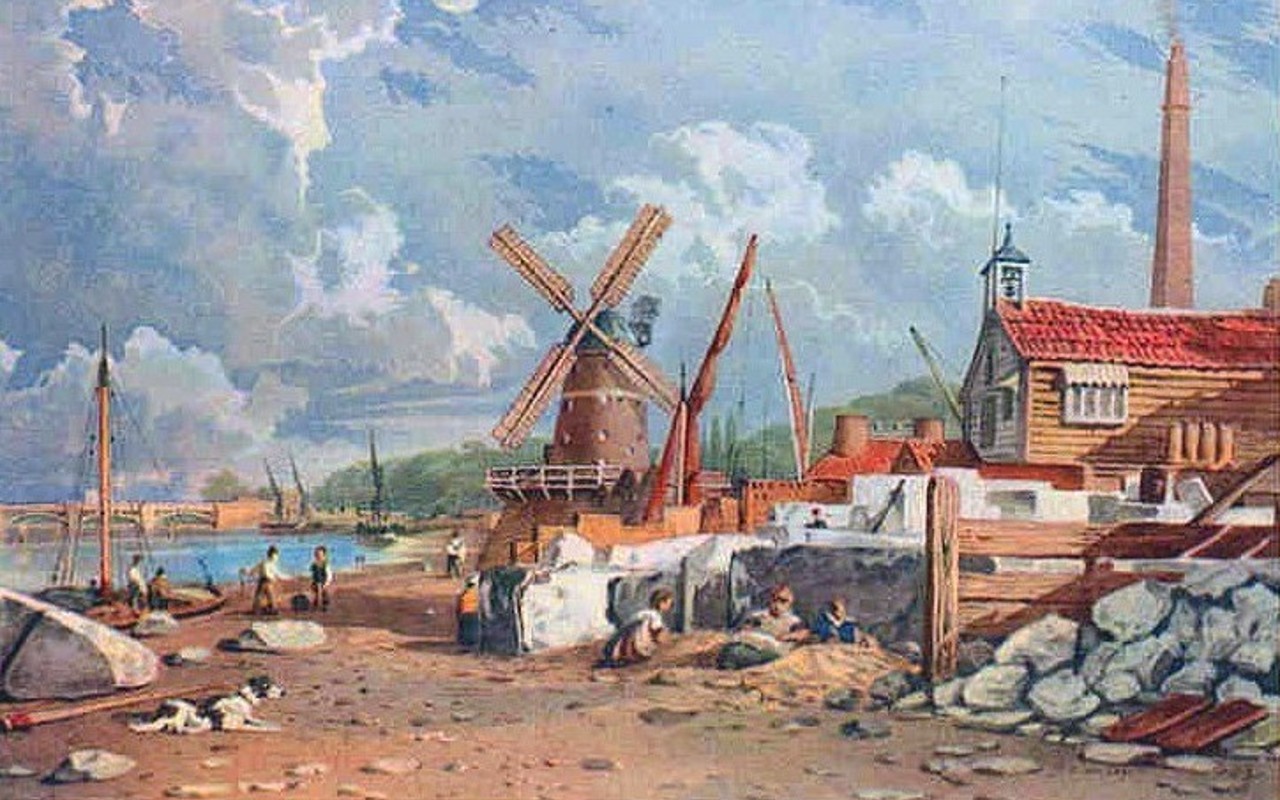 A painting of the Nine Elms waterfront in the pre-industrial era, where Battersea Barge is now located.

Today, it’s a thriving area where people live, work, and play. The old Dutch barge moored in Nine Elms has its own colourful past with little outward evidence of its turbulent history. The Maria II was built in Holland in 1932.

After completion she sailed to France where she transported grain between Rouen and Paris until World War Two. In 1941 Hitler demanded all available seafaring vessels to transport tanks for his planned invasion of the UK. The Maria II would have seen active service carrying shipments of tanks between Germany and France.

The run-down barge reached England in the 1970s, when she was brought across the channel and berthed at Lymington, Hampshire. After renovations, the barge had a brief history as a restaurant, but once the owner died, she fell back into disrepair, with no obvious future.

In 1985, along with sister barge Tamesis, the Maria II was towed from Lymington to a mooring at Nine Elms, between the old Vauxhall Pleasure Gardens site and Battersea Power Station. 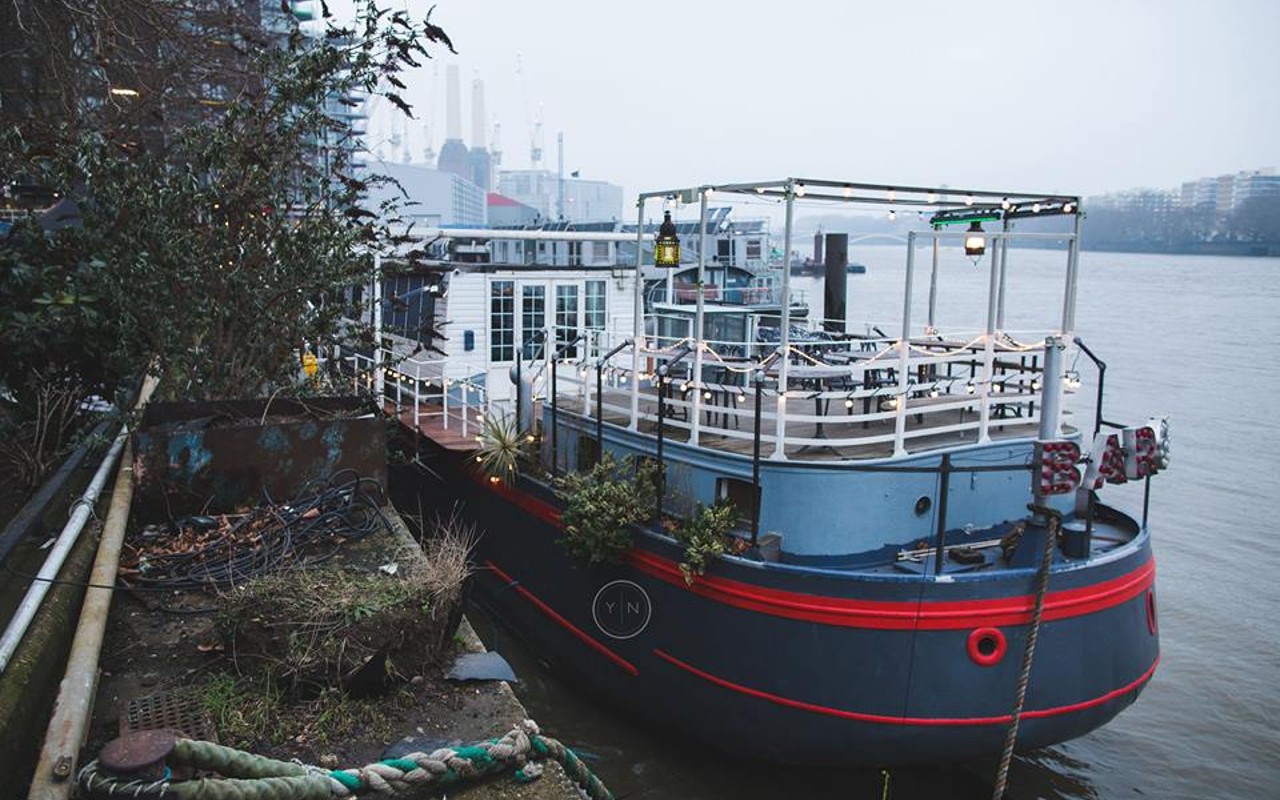 In 1999 new owner Peter Lewis transformed her into a unique performance space, the Bat Bar. Hidden from busy Nine Elms Lane down a narrow alley, with no nearby residents apart from fellow boaters, the Bat Bar hosted live music, burlesque nights, raunchy pantos, and stand-up comedy, benefiting from being near the legendary Royal Vauxhall Tavern.

By day the barge made the most of its riverbank setting, with passing boats and birdlife a serene backdrop to drinks on the top deck.

The current owners were already running Tamesis at Lambeth Bridge when they bought the Bat Bar in 2014. Unfortunately, a three-year closure ensued because of the Thames Tideway sewerage project. Ironically a new generation of barges was used to transport the Tunnel Boring Machines from Germany to Kirtling Street in Nine Elms, one machine being named after celebrated Nine Elms resident and socialist pioneer Charlotte Despard.

Before the barge was about to reopen, the Covid-19 pandemic began. Lockdown enabled further refurbishments to include original marine diagrams and regulations below deck. The Barge has now ‘opened its oars’ again alongside its neighbours Black Cab Coffee and The Nine Elms Tavern, offering an eclectic variety of events from book launches to cabaret.