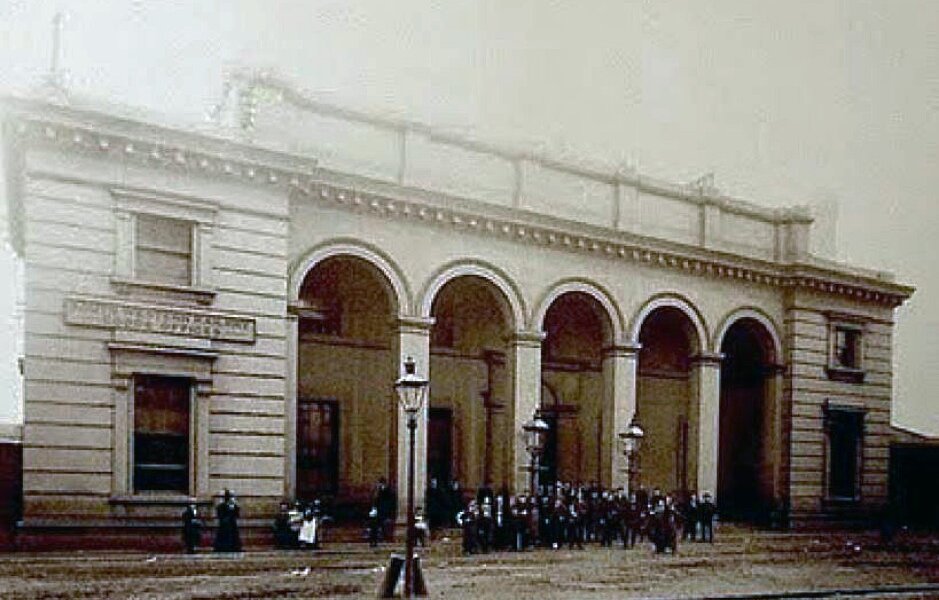 Handling close to 100 million passengers a year, Waterloo Station is Europe’s busiest station complex. But while the station itself dates back to 1848, it wasn’t always the terminus in mind.

In 1838, the London and Southampton Railway company was established to provide a critical link between the capital and Southampton’s docks. These railways, used mostly for freight, ended at a terminal in London near a wharf on the south shore of the Thames – a station by the name of Nine Elms. 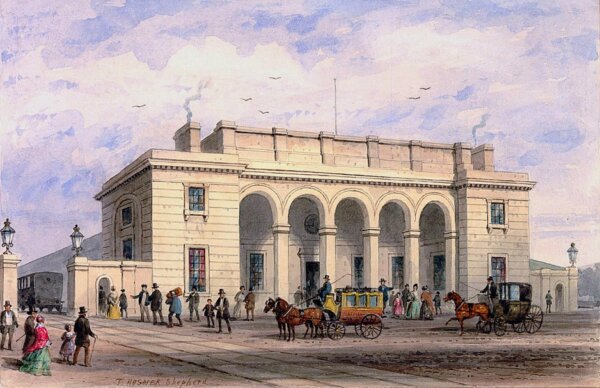 Nine Elms Station was the bustling endpoint designed in a neo-classical style by Sir William Tite who also designed the Royal Exchange across from the Bank of England. This terminal station for London and Southampton Railway proved to be ideal for cargo but not for the growing number of passengers who were looking to travel to Westminster and the City. Passengers often continued their trip by boat (with long queues) or by road (with expensive turnpike tolls).

So the railway company, which renamed to London and South Western Railway, extended the line 2 miles across the Lambeth Marsh. The project cost a whopping £800,000 which equates to £35 million today. Their initial plan was to continue the railway line across the Thames and into a terminal station by the then brand new ‘Trafalgar Square’. However, the Duke of Northumberland’s mansion was in the way and he did not agree to release his land.

So, the company settled on a location on the South Bank that is now Waterloo Station.

In order to build across the marshy terrain, the rail lines needed to be built on top of a brick viaduct – whose 290 arches are still visible today. The tradesmen were so efficient at these, that the arch across Miles Street is said to have been built with its tricky angle and 90,000 bricks from scratch in just 45 hours. 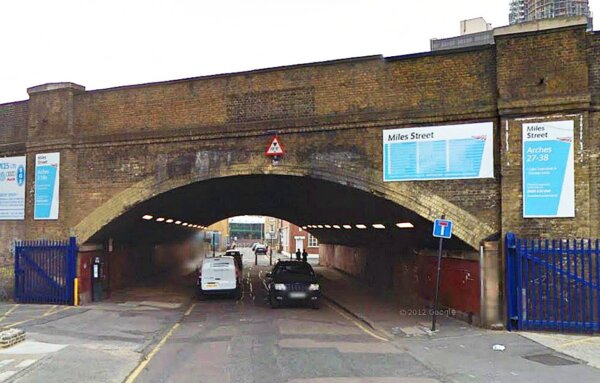 Again, Sir William Tite was commissioned to build the terminal station, which was again raised on arches to avoid the boggy earth; a remnant we see still today. And so in 1848, Waterloo station opened with 3 platforms and 14 trains running a day.

What happened to Nine Elms Station?

The original station closed when Waterloo Station opened. It eventually became a vast freight yard but then suffered extensive damage in WWII.

In the early 1950s, there were proposals to turn the old Nine Elms Station building into the National Railway Museum. However, British Rail did not release the land, and instead the museum found a home in the city of York. 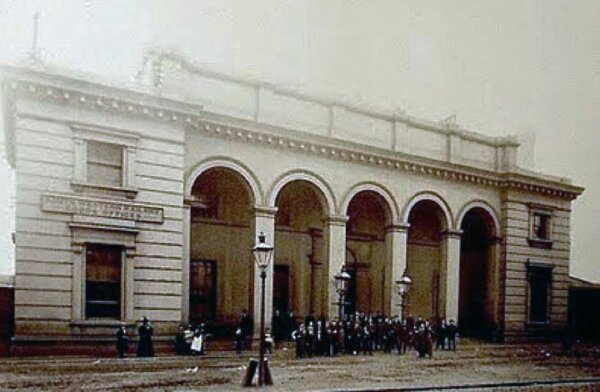 The building was then demolished in the 1960s to make way for the New Covent Garden Market that moved there in 1974. Just like that, Nine Elms Station was no longer a railway passage but remained as a nexus for goods coming in and out of the city.

While Nine Elms railway station no longer exists, we will soon have a Nine Elms tube station along the Northern Line extension to Battersea. 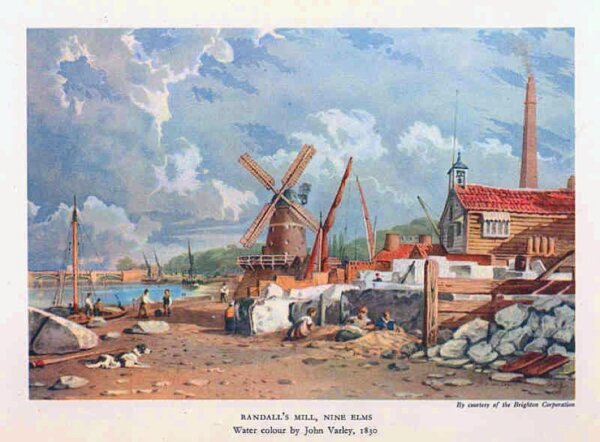 To keep up to date with all things Nine Elms by signing up to our newsletter below.

Looking back: Those magnificent men and women in their flying machines!