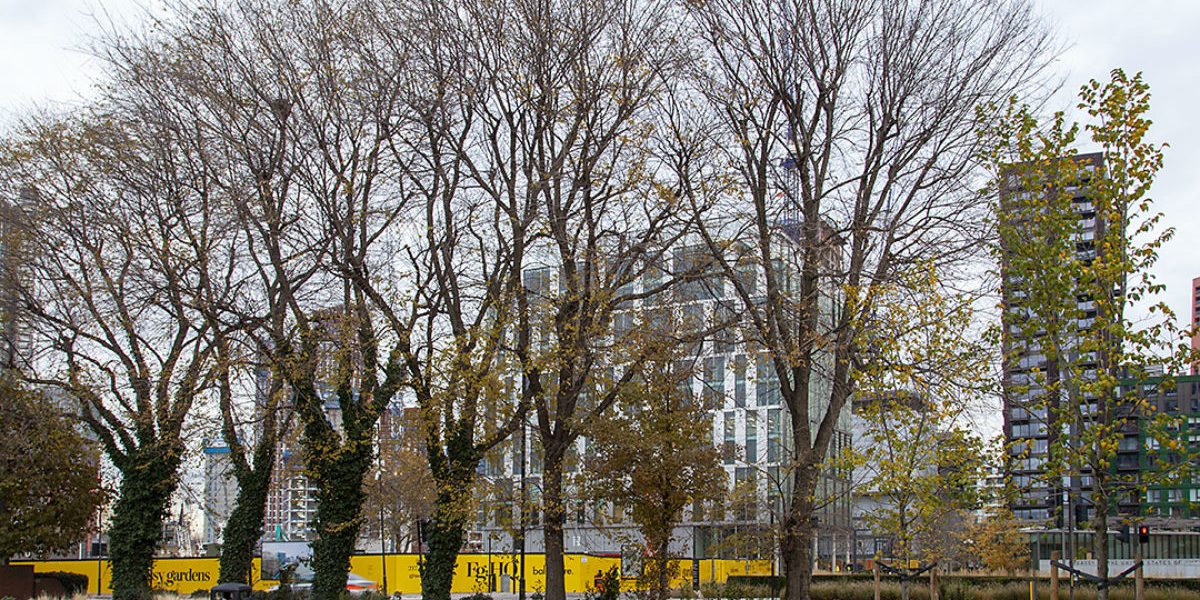 As part of the Light Up Nine Elms event we invited Paul Wood, London tree expert and author of two books on the city’s trees, to write about the trees of Nine Elms. Paul’s recently published ‘London is a Forest’ has been reviewed in the Londonist.

Paul will also be leading a walk on 17 December looking at the nine elms and other fascinating local street trees as well as Jony Easterby’s nine elm tree projections around the area.

“Like Sevenoaks in Kent and Seven Sisters in north London, Nine Elms gets its name from a bunch of landmark trees. It may come as a surprise to find out that nine elms grow here to this day, and I’m pleased to report, they’re doing just fine!

Located next to the new Nine Elms Pavilion on busy Nine Elms Lane, they help screen the traffic from a riverside garden on the Thames Path. But these aren’t the original trees, and at times there haven’t always been nine. The drawing reproduced below dates from 1848 when there were certainly nine trees. The area first got its name some 200 years before. But as the trees in this picture are clearly young trees, they must have been replacements of some earlier, older elms. 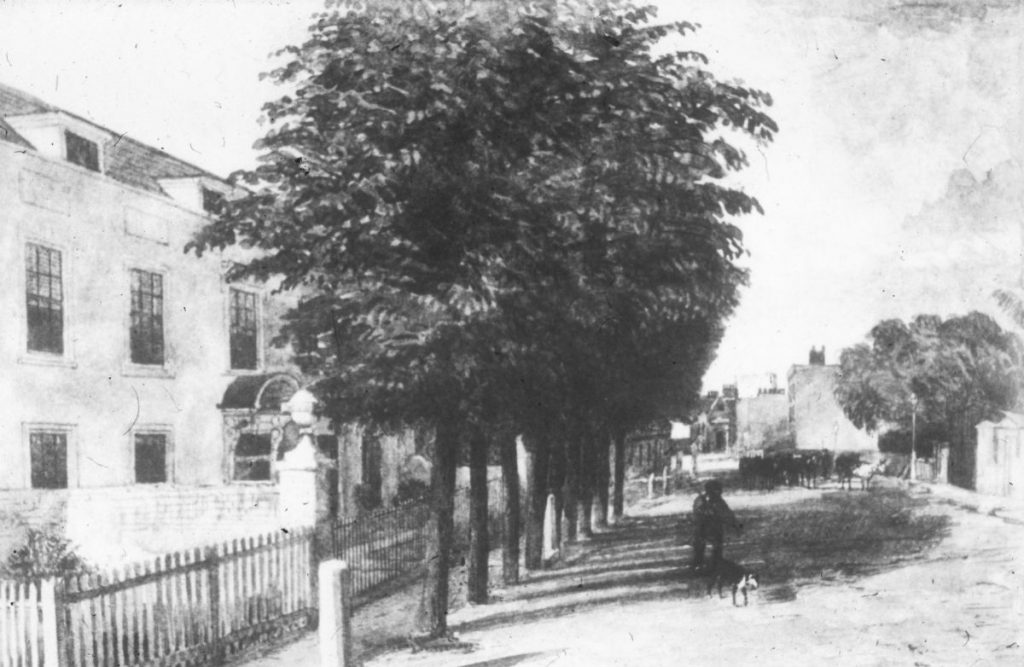 History: ‘House at Nine Elms, with the nine elm trees’ by J D Wingfield dating from 1848

Over the centuries the elms and their reincarnations will have seen a lot. When J D Wingfield sketched the trees over 170 years ago, the railway had arrived here just ten years earlier, and the expansion of London was well under way. With it, industrialisation came to the area and no doubt, what was once a quiet riverside hamlet was beginning to get busier, noisier and dirtier. Gasworks arrived in 1853, the river was embanked a few decades later, and a little further upstream, the construction of Battersea Power Station started in 1929. During the Second World War the area was extensively bombed and with pea-souper smog covering London in the postwar years, it’s a wonder the trees survived at all.

Perhaps the worst thing to affect the elms was Dutch Elm Disease which eventually claimed 25 million trees throughout the UK and changed the landscape forever. It seems our trees were not immune to this fatal disease, and the largest six trees here today may have replaced older trees during the 1970s or ’80s. The group of six became seven in more recent years and eventually the nine we see today.

It seems the elms have been replanted over the centuries, and the youngest trees in the group today were planted as recently as January 2019 With the regeneration of Nine Elms in full swing, the heritage of the area takes on renewed importance and now it’s time to celebrate these nine humble trees that have given their name to one of London’s newest destinations. 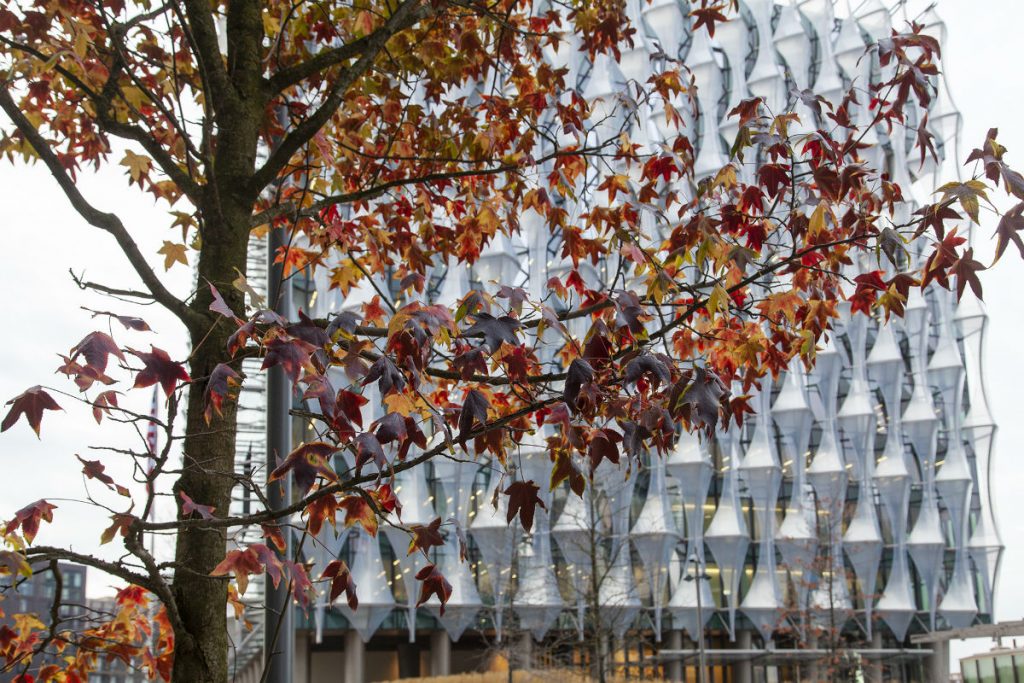 Street tree: An American Sweetgum, which can keep its leaves well into the winter, outside the new US Embassy.

It’s appropriate then that Pippa Taylor’s drawings of the trees in winter will be illuminating Nine Elms in Jony Easterby’s huge projections onto some of the buildings in the area.

On 17 December, I’ll be leading an early evening tour of the area to look at some of the projections as well as some of the trees that have been planted more recently. We’ll see newly-planted trees around Riverlight and Embassy Gardens where, particularly around the new US Embassy, a focus on North American planting is evident. But as well as the Swamp Cypresses, Tupelos, Sweetgums and River Birches, we’ll be paying those nine elms a visit too!

If you’d like to join me for 90 minutes on the 17th, we’ll be leaving the ROSE Community Centre, Ascalon Street, SW8 4AN at 6.30pm. Tickets are £6 or £3 for concessions. Find out more about the tree walk and book now.”

In the meantime, check out Nine Elms instagram for Paul’s take-over from 5-7 December and you can also follow Paul @TheStreetTree

Find out more about Light Up Nine Elms, 13-21 December