In the spotlight: Charlotte Despard 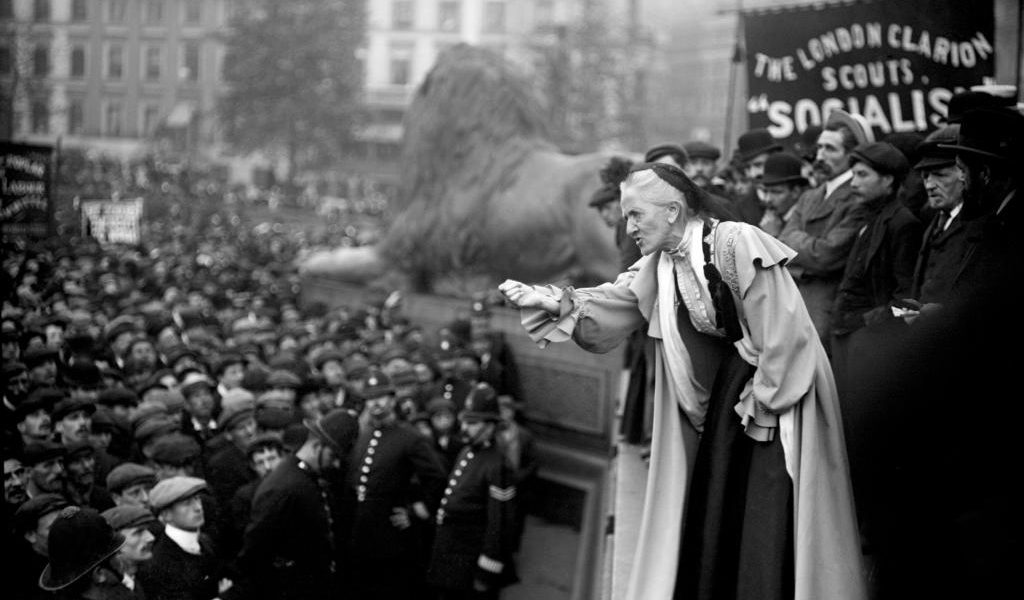 Exactly 100 years ago, the Representation of the People Act gave the first British women the right to vote and stand for public office. To mark this historic moment, women and girls in Belfast, Cardiff, Edinburgh, and London will walk together on June 10th as part of PROCESSIONS: a celebratory mass participation artwork.

The Nine Elms Vauxhall Partnership is one of the organisations chosen to take part; we’ve been working with the artist Ruth Ewan and a number of local women to create a centenary banner and accompanying pendants for the event.

Our inspiration for banner is Charlotte Despard: a social activist and suffragist who lived and worked across Battersea, Nine Elms, and Vauxhall.

So who was this iconic leader? 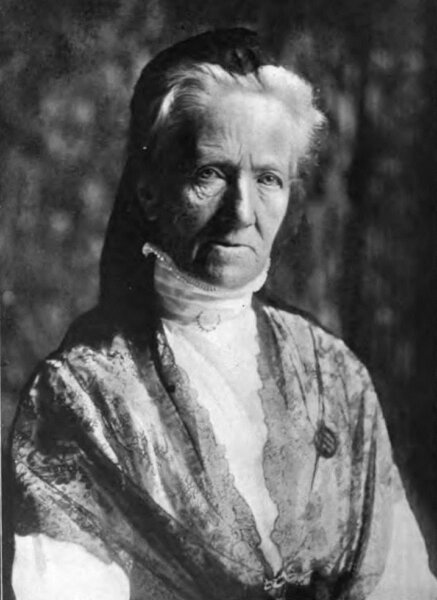 Charlotte French was born in Kent in 1844. At the age of ten, her father died and her mother was committed to an insane asylum so she was sent to live in London with relatives. After traveling Europe with her sisters, Charlotte met businessman Maximilian Despard and the two married in 1870. Charlotte Despard spent the following years writing novels whilst living in an affluent neighbourhood in Surrey.

In 1890, Charlotte’s husband died and she decided to dedicate dedicate her time to helping the poor. To live amongst the people she intended to help, Charlotte moved to Nine Elms, which was then a very deprived area. There, she made her first public speech and campaigned for better conditions in the workhouses. 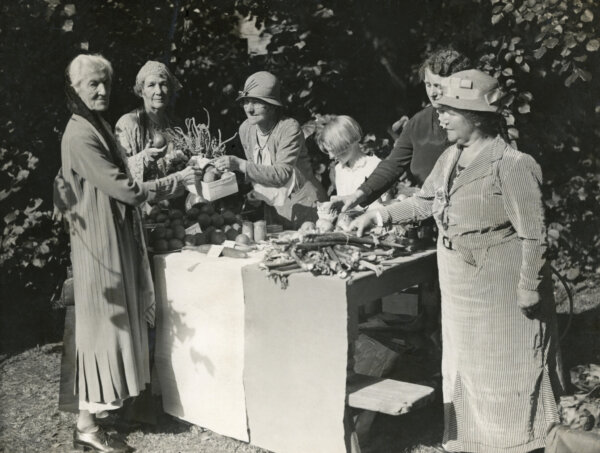 Her work included funding and staffing a health clinic, organising a youth and working men’s club, and a soup kitchen for the local unemployed population. As a result, she was elected guardian for the Vauxhall board of the Lambeth poor-law union and elected Poor Law Guardian in Lambeth.

In 1907, Charlotte Despard was imprisoned twice at Holloway Prison after protesting a meeting at the House of Commons. After this incident, several members of the WSPU started questioning the leadership of the organisation and as a result, Despard alongside seventy other members left and formed the Women’s Freedom League.

The WFL was a pacifist organisation, willing to break the law where several members were imprisoned for demonstrations or evading taxes, but refused the violence, vandalism, and arson campaigns of WSPU. 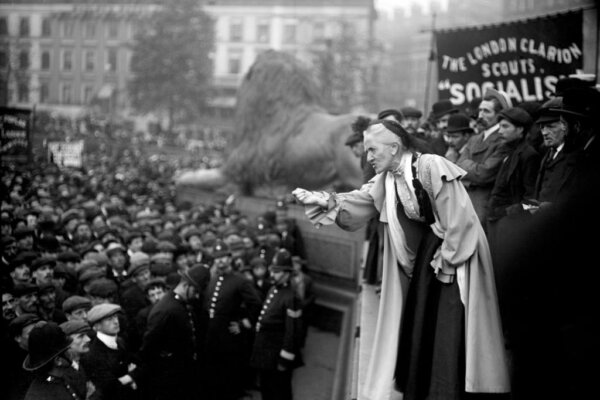 The WFL grew rapidly and soon had a membership list of over 4,000 people within sixty branches in Britain. Thereafter, the WFL started its own newspaper whereby Charlotte’s talented writing background put her as main producer.

As a pacifist, Charlotte Despard did not become involved in the British Army’s recruitment campaigns during World War I. Once the war was over and the Qualification of Women Act was passed in 1918, Despard stood as the Labour Party candidate in Battersea but lost when the post-war euphoria clashed with Charlotte’s pacifist, anti-war sentiment.

Today, Charlotte’s inspiring work and political activism takes centre stage in the Nine Elms on the Southbank PROCESSIONS project. Her remarkable impact and legacy lead to two streets named in her honour: one in Battersea and another in Archway (nearby Holloway prison where she was detained). In addition, Charlotte Despard features on the newly unveiled plinth of the statue of the Millicent Fawcett in Parliament Square, London. 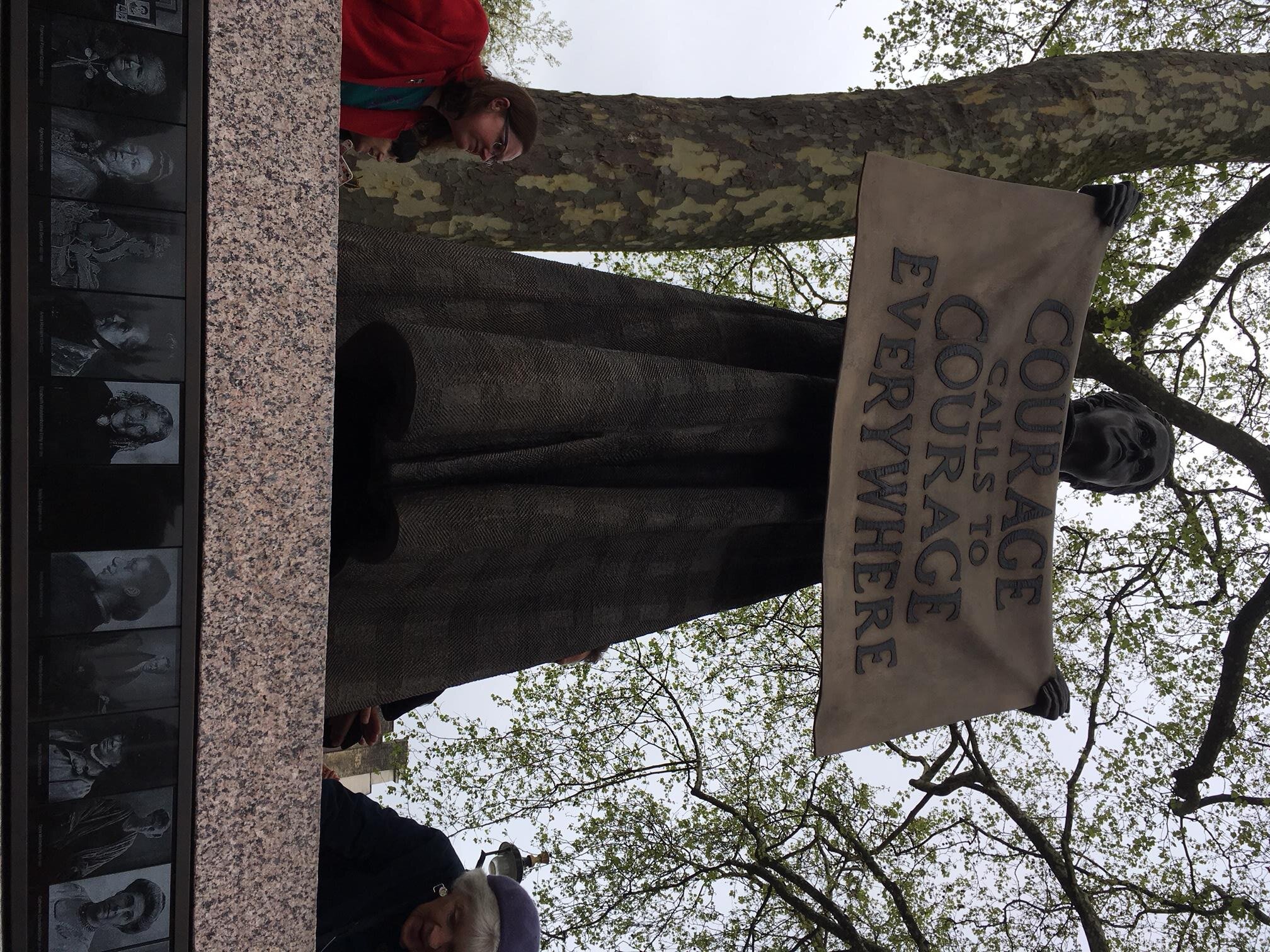