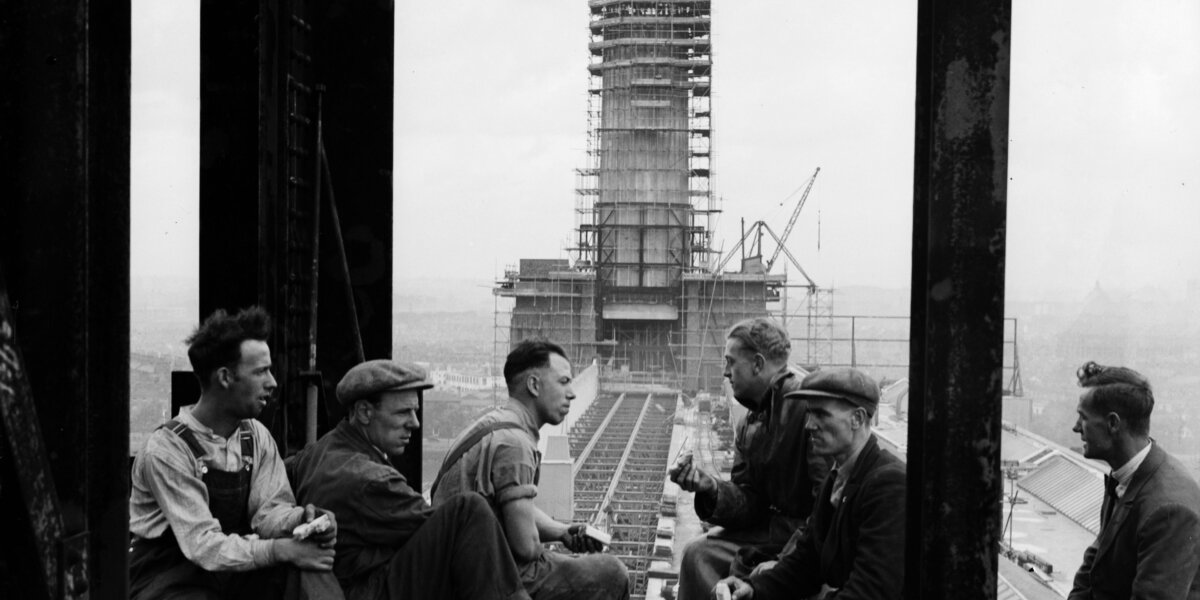 Nine Elms has existed as a settlement on the Thames for hundreds of years and derives its name from a row of trees that once bordered the main road.

The history of the area dates as far back as AD47, with evidence of Roman occupation in the grounds of Lambeth Palace. This does not appear to have been the foundations of a growing settlement – the area’s characteristics were that of marshland and although there were continuous efforts to drain the land, there is little indication of occupation until the late medieval period.

In the fifteenth century the historic Heathwall sewer (Battersea ditch), was constructed and the area surrounding it, including much of Nine Elms, was drained. The creation of the ditch paved the way for new development in the area and a number of new roads were established, including Kennington Lane, Black Prince Road and Lambeth Road. At this time the land around Vauxhall was flat and parts were marshy and poorly drained. It was sparsely populated and provided market garden produce for the nearby City of London – a tradition reflected today in the location of New Covent Garden Market.

Vauxhall and Nine Elms grew significantly during the post-medieval period. Developments unique to this era included the construction of a fort during the English Civil War (1642-3) and also the establishment, in around 1660, of the Vauxhall Pleasure Gardens which became one the most important leisure and entertainment venues in London.

Pleasure gardens competed for visitors, vying with each other to offer ever more exciting entertainments. Vauxhall Pleasure Gardens offered a wide variety of entertainment, including lion-tamers, trampoline clowns, fortune tellers, ventriloquists, monkeys, dogs, jugglers, horses who danced to a waltz and fire walkers. Visited by royalty, Jaquamo Casanova and the poet Shelley, the gardens also hosted the premieres of works by Handel while Canaletto painted a famous view of the Grand Walk in 1751. They were subject to elaborate reconstruction by Jonathan Tyers in the mid-18th century but interest declined with the arrival of the railways in the 19th century and they eventually closed in 1859.

The opening of Vauxhall Bridge (originally called Regent Bridge) in 1816 created a major route from north to south London. At this time Vauxhall Cross became the meeting point for five roads and there was an increased amount of industry located along the river.

Nine Elms railway station opened on 21 May 1838 as the first London terminus of the London and South Western Railway; the station was connected to points between Vauxhall and London Bridge by Thames steam boats. The arrival of this major transport infrastructure, alongside the construction of the bridges at Westminster (1750) and Vauxhall (1816), stimulated rapid development in the area, but the dissecting of existing neighbourhoods by the construction of the railway viaduct also cut through the unity of many Lambeth districts and proved to be an obstacle to development in the long-term.

The new railway viaduct to Waterloo opened in the late 1840s and the introduction of Bond Street added to the Vauxhall Cross traffic. By 1860 the village had been subsumed by the town of Lambeth and the Vauxhall Pleasure Gardens had been levelled to make way for housing.

Created by the engineer Sir Joseph Bazalgette between July 1866 and November 1869, Albert Embankment included land reclaimed from the river and various small timber and boat-building yards, and was intended to protect low-lying areas of Lambeth from flooding while also providing a new highway to bypass local congested streets.

The railway terminus at Nine Elms was closed in 1948 and after being damaged during the blitz of World War II was eventually demolished, before being replaced by New Covent Garden’s flower market, which, built in 1974, has become one of the icons of Nine Elms on the South Bank. Another focal point of the area is Battersea Power Station. Designed by Sir Giles Gilbert Scott, it was constructed in two parts from 1929-33 (Station A) and 1944-55 (Station B). Once fully completed it had a capacity of 509 MW, providing a fifth of London’s electricity needs. Although its presence has divided opinion, since it was decommissioned in 1983 the structure has become a major part of London’s cultural landscape and continues to attract world-wide attention.

Walking distance from the Houses of Parliament, Vauxhall has long been a popular residential area for Members of Parliament and civil servants. Some 18th and 19th century property also survives – most famously Bonnington Square, a community which emerged from the 1970s/1980s squat scene in London, and remains as mostly housing co-operatives today, along with a community café and deli.

Vauxhall has a significant Portuguese community, some with a connection to Madeira; many Portuguese restaurants and bars are located in South Lambeth Road and the surrounding area. Vauxhall also has become a key destination for the social scene of the gay and lesbian communities, offering an eclectic mix of cafes, bars and clubs that draw thousands, particularly on a weekend.