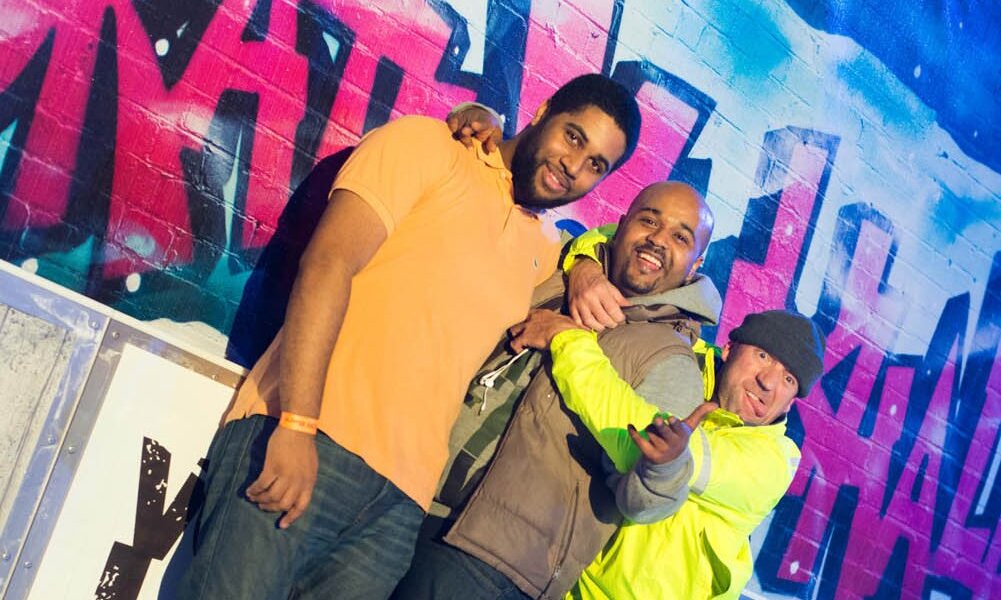 Dwight’s ice skating skills at the Ice Skate Vauxhall graduation event caused a bit of a stir.  The 24-year-old Lambeth resident admits, “I have worked for Icebox [ice rink promoters] for a few years.  I’ve also worked in a secondary school and in accountancy.  I decided I just didn’t want to work behind a desk.  I got onto the course at Lambeth College through Jobs Centre Plus, who put me in touch with James at the JCU [Nine Elms Vauxhall Partnership’s Joint Co-ordination Unit.]”

A two week pre-employment training course completed in September, and Dwight hasn’t looked back.  “I’m now a dryliner with Conneely on the Riverlight scheme in Nine Elms.  Sometimes I have a supervisory role too.  I’ve been there since October and I’m now in discussion with Conneely about moving to fixing [putting up plasterboards].  They would train me on the job – for them it’s about spotting potential in people.”

Dwight adds, “I enjoy progression.  In this industry, you need a lot of common sense and to be safe.  Construction is for me!  What people don’t realise is that you can earn good money from construction: they don’t realise the money potential.”

We wish Dwight all the best with his role at Riverlight and in his future career.