Boozers, Bombs and Bodies: the forgotten church of Nine Elms 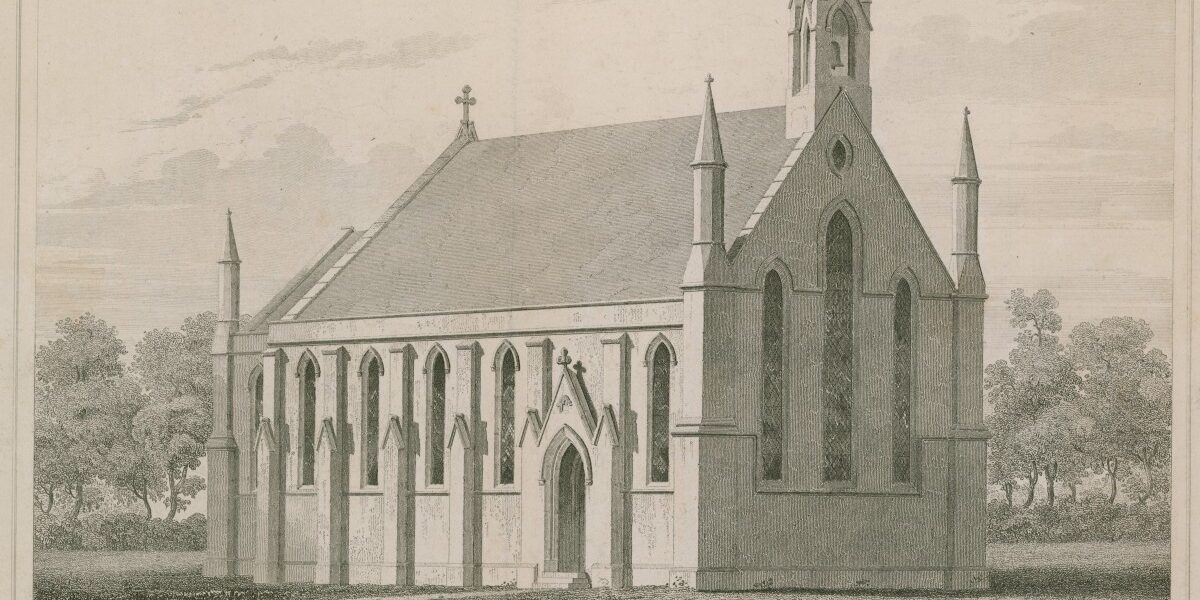 The original parish church of Battersea, St Mary’s, has a long history and continues to thrive in its riverside setting. But Battersea’s second oldest church building – St George’s of Nine Elms – is all but forgotten.

Located on Battersea Park Road east of Thessaly Road, St George’s opened in 1828. It was designed by renowned church architect Edward Blore and for the next 21 years was the only other Anglican church in Battersea.

By the 1870s Nine Elms was the second largest parish in Battersea. A deprived area with a large number of public houses, Nine Elms appeared in need of missionary activity with the local press often reporting drunkenness.

St George’s was then expanded to accommodate 800 worshippers. A further redesign proved visually successful but harsh on its congregation in winter, where the indoor temperature averaged five degrees!

Attracting a congregation from the poor and dispossessed of Nine Elms was a struggle, and in 1910 the area’s major employer London and South Western Railway works closed, removing many prospective worshippers. Further misfortune came when the north aisle of St George’s was blown open by an air raid in 1940, but despite this and further bomb damage, worship continued until 1953 when it was announced that a new church would be erected on the Patmore Estate. The St George’s building was then leased to a theatrical agency.

It managed to avoid demolition, only to be destroyed by fire in 1960.

The story of St George’s does not end there. As the site was being redeveloped for New Covent Garden Market, excavations uncovered no fewer than 1,800 bodies from the original churchyard, which had been closed to burials since 1858. These were removed to the necropolis at Brookwood Cemetery near Woking.

Not a trace remains of this striking Gothic building, but a third incarnation of St George’s Church stands today on the Patmore Estate, the heir to 193 years of history and still serving the local community.