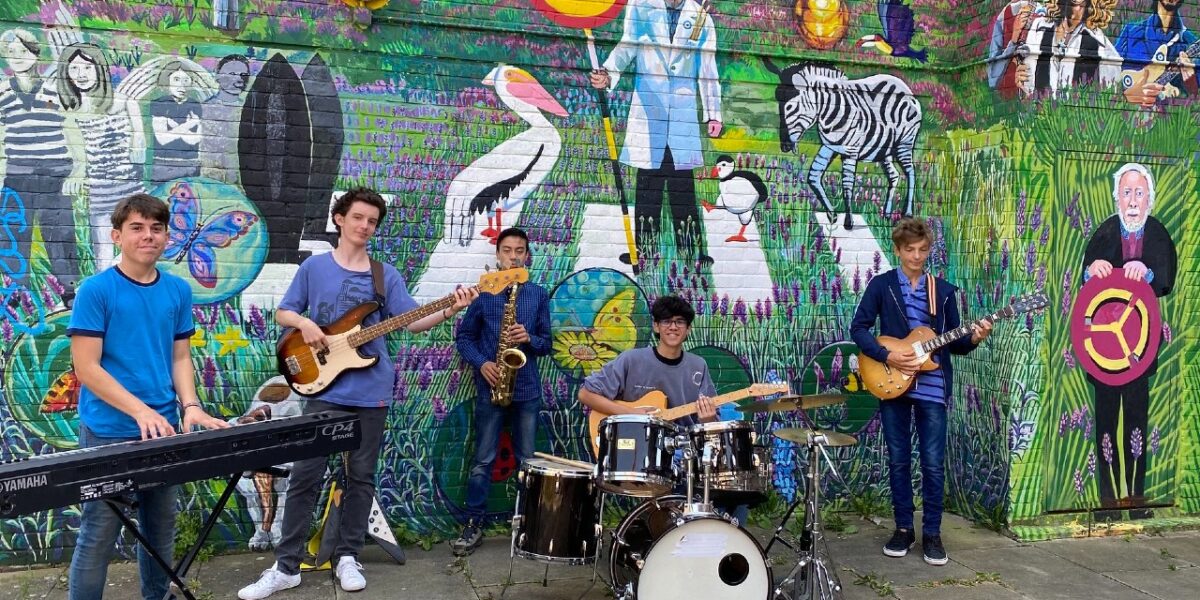 From summer 2022, World Heart Beat will be opening the doors to its brand new concert venue and music academy in advance of the official launch in October this year.

The new music space was awarded to World Heart Beat by Wandsworth Council and EcoWorld Ballymore, from a competitive field of 42 cultural organisations. The charity will be a ‘cultural anchor’ for the area alongside other arts organisations including Theatre503, Matt’s Gallery and Chocolate Films, and benefitting thousands of young people particularly welcoming those living in the adjacent communities on the Patmore, Savona, Carey Gardens, Doddington and Rollo estates.

The six music videos, featuring the next generation of musical talent from World Heart Beat, are released on separate dates over the next five months ahead of their opening this year.

Sahana Gero, MBE, Founder and Artistic Director at World Heart Beat said: “The Nine Elms Sessions, kindly supported by Wandsworth Council and Embassy Gardens has given us the perfect opportunity to celebrate our local community and showcase our musical talent through exploring the past, present and future of our soon-to-be new home, Nine Elms.

“Nine Elms has so much to offer. While the past reflects on its commerce and industry, the future promises arts, culture and opportunities. Our new music academy and concert hall will provide inspiration and joy through learning music, as well as career opportunities for young people, and a music venue offering an exciting programme across a diverse range of music.”

Starting with the academy’s version of Fly Away by Lenny Kravitz, this video celebrates (what would be) Hilda Hewlett’s 158th birthday – the Vauxhall-born early aviator, aircraft manufacturer and flying instructor. Born on 17 February 1864, Hilda was the first British woman to earn a pilot’s licence. She also ran a successful aircraft manufacturing business in Battersea (which built more than 800 aircraft during the First World War) as well as building the first flying school in the UK (Weybridge, Surrey). Hilda was an icon of her time, and loved all kinds of speed: bicycles, motorcars and airplanes. 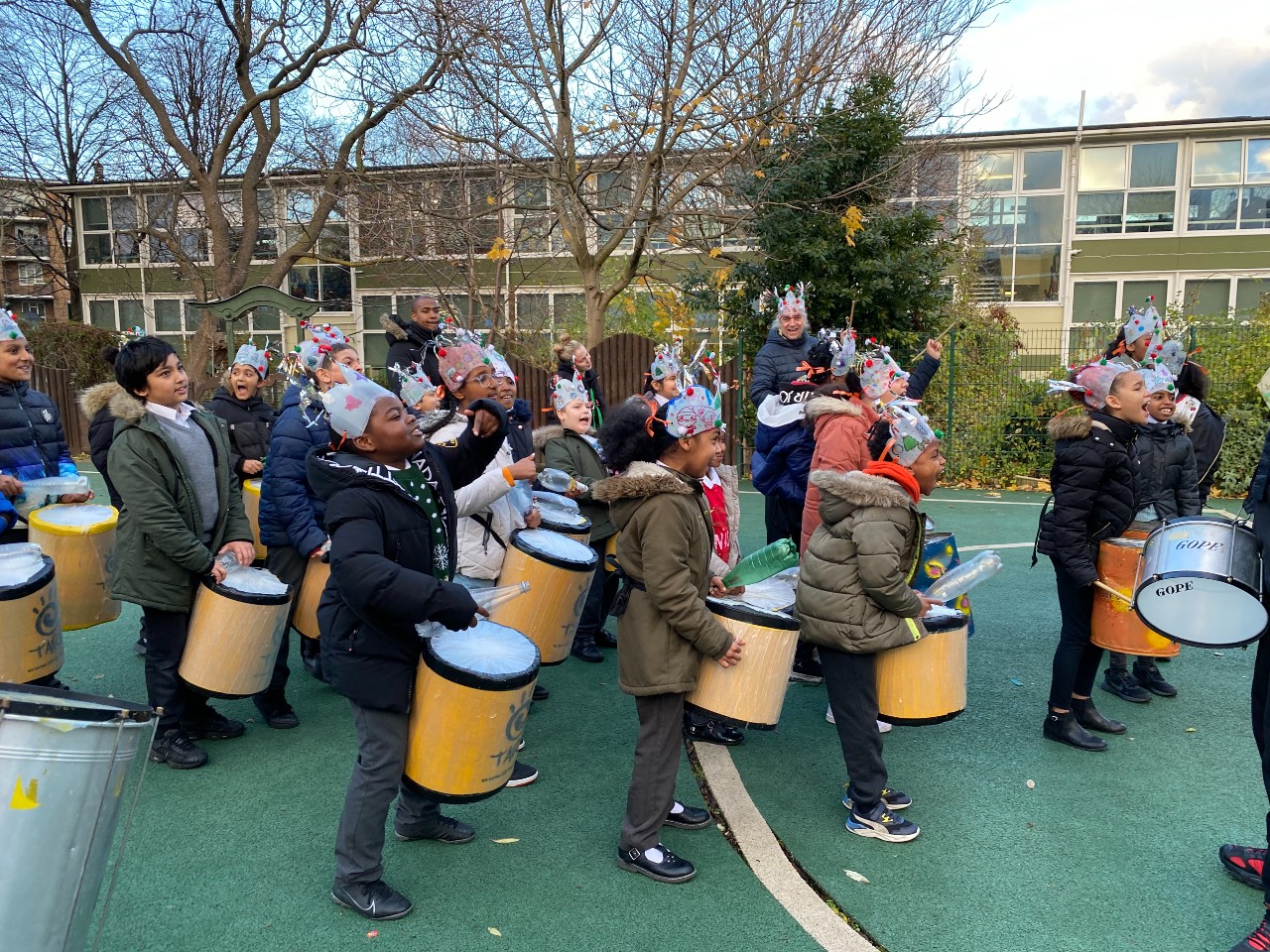 With further recognition to the region’s past, a session reflecting Irish settlers on the Thames highlights the importance of the River Thames and this section of London’s South Bank as a popular destination over the centuries for Irish settlers seeking long-term employment and seasonal work, particularly in the construction industry. Irish Property Developer EcoWorld Ballymore’s Embassy Gardens kindly co-supported these sessions, and they are developing a new business and residential quarter which is also the location for World Heart Beat’s second venue. Release date: Thursday 17 March (St. Patrick’s Day).

The fourth session celebrates the UN’s International Day of Happiness (founded in 2012) to help people around the world realise the importance of joy and wellbeing in their lives. Young musicians take part in communal marimba playing of Sarura Wako, a traditional Zimbabwean children’s song with the direction of African band, Otto and the Mutapa Calling. This uplifting and vibrant session is filmed on Thessaly Road featuring the Happy Street railway bridge installation of brightly coloured panels designed by Yinka Ilori and commissioned by Wandsworth Council and the London Festival of Architecture. Release date: Sunday 20 March (UN’s International Day of Happiness). 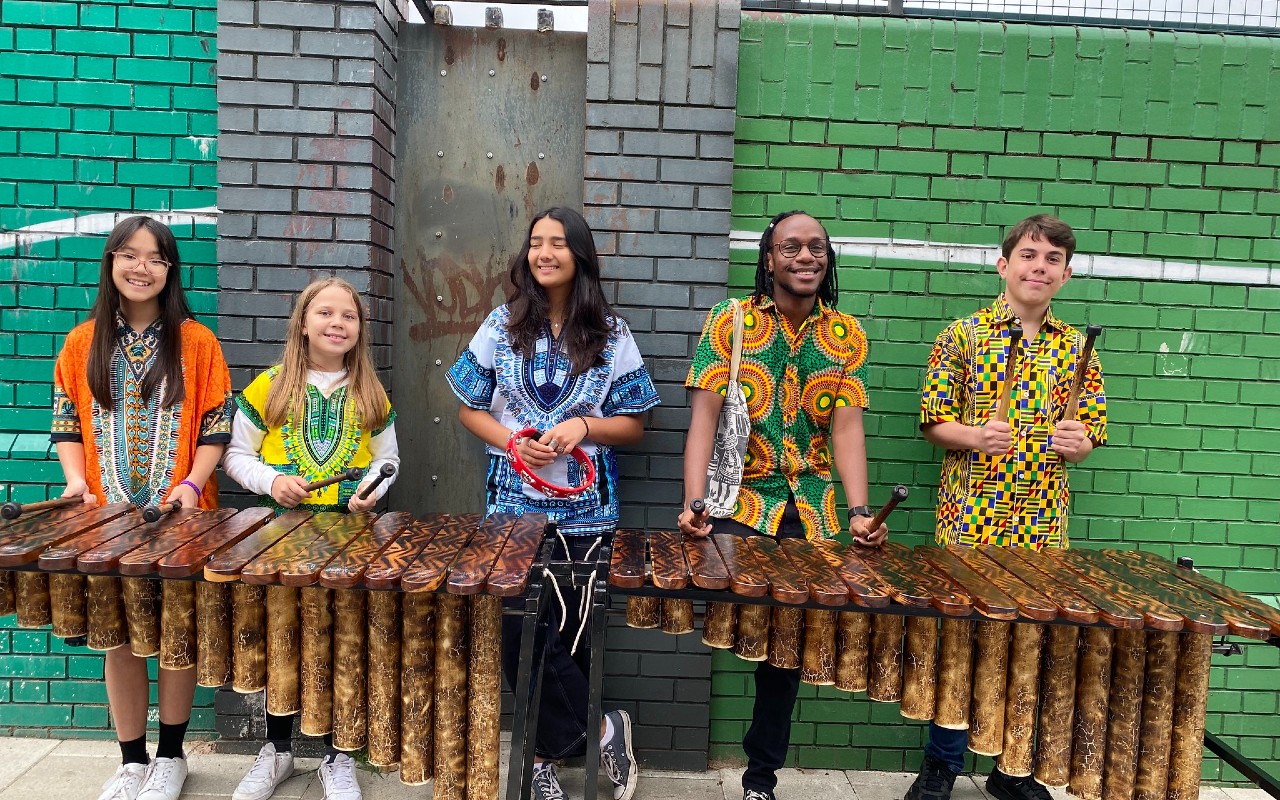 The fifth session plays homage to rock band The Who, who in the early 1970’s converted the old church on Thessaly Road into Ramport Studios specifically to record its Quadrophenia album. It was also the recording studio of choice for other bands such as Supertramp (Crime of the Century) and Thin Lizzy (Jailbreak). My Generation was the song of the mid-60s rebellion and was all about finding a place in society, written for rebellious British youths known as ‘mods’. Written by The Who’s Pete Townshend on his 20th birthday, the World Heart Beat video today celebrates his 77th birthday. The building is now a medical practice (corner of Thessaly Road and Corunna Road) with iconic murals by the late Battersea resident and artist Brian Barnes MBE, who campaigned in 2011 for a green plaque to commemorate this historical site of interest. This session is dedicated to the memory of Brian who died on 28 November, 2021, aged 77 years. Release date: Thursday 19 May.

The Nine Elms Sessions series finishes with young Heart Beat talent performing Handel’s awe-inspiring The Arrival of the Queen of Sheba, to coincide with the Queen’s Jubilee Weekend (marking the 70th anniversary of the Queen’s ascension to the throne). Musicians are seen performing the lively and ceremonial piece in and around Nine Elms landmarks, including the U.S Embassy, Battersea Power Station, New Covent Garden Flower Market, The Black Cab Coffee Co. (Riverlight Quay) as well as a sneak preview of the soon-to-open new music academy and concert hall space to open to the local community this summer, with its official launch in October 2022. Release date: Thursday 2 June. 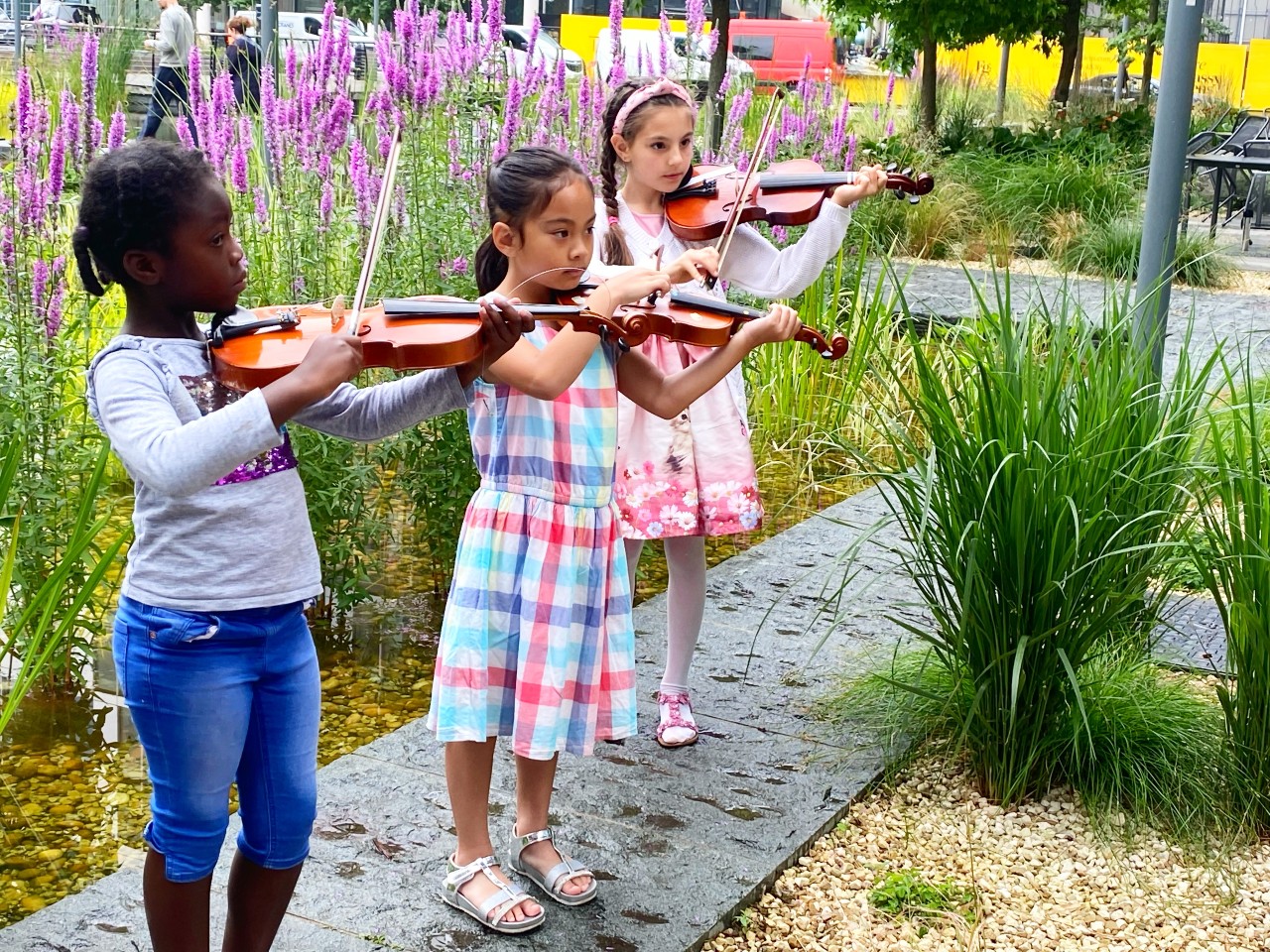 World Heart Beat is fast becoming one of the most prominent music charities in the country for providing grassroots, non-selective, richly diverse, music education programmes for children from a vast array of backgrounds. In 2018, the organisation was awarded National Portfolio Organisation (NPO) status by Arts Council England (public funder), which acknowledged the quality of their work and the contribution they make to ACE’s Creative Case for Diversity and Equality.

World Heart Beat is based in Kimber Road, Wandsworth, London. The charity provides music tuition and performances opportunities for 380 young people each year outside of school hours. World Heart Beat’s mission is to provide opportunities for all, with an ‘open door’ approach that welcomes any young person interested in learning music. This commitment sees them providing bursaries and free instruments to more than half of the students that come through their door.

This summer 2022, World Heart Beat will open its doors to its second music academy and concert hall at Ponton Road, Nine Elms, with its official launch in October. The charity was awarded the space in Embassy Gardens in 2018 as ‘cultural anchor tenants’ by Wandsworth Council and developers EcoWorld Ballymore from a competitive field of 42 cultural organisations. The building has a 50-year lease at £1 a year.

Find out more on the World Heart Beat website.