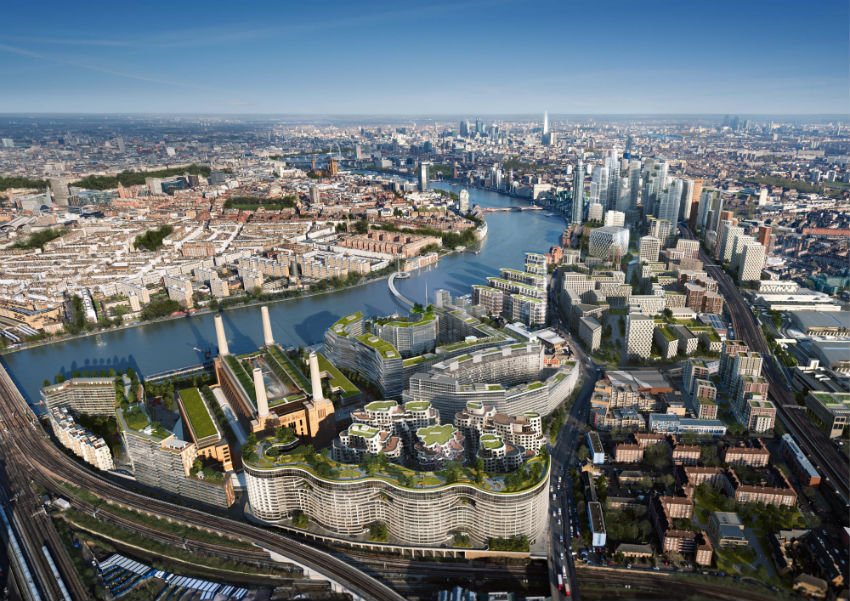 A new walking and cycling bridge will provide Londoners with access to the homes, jobs and leisure facilities being created in central London’s newest town centre at Nine Elms.

A preferred location has been identified for a new Thames bridge linking Nine Elms and Pimlico by the bridge design team, appointed by Wandsworth Council.

Crossing the river between Grosvenor Road riverbank (west of Claverton Street) on the north side of the Thames at Pimlico and Kirtling Street, near Battersea Power Station in Nine Elms on the south side, the preferred location presents an opportunity to positively shape public space on the riverside.

Whilst all three locations were deemed to be viable, the recommended location is seen as the best opportunity to create new, sustainable transport links connecting the Vauxhall Nine Elms Battersea (VNEB) Opportunity Area with local neighbourhoods and communities, and the rest of London beyond. 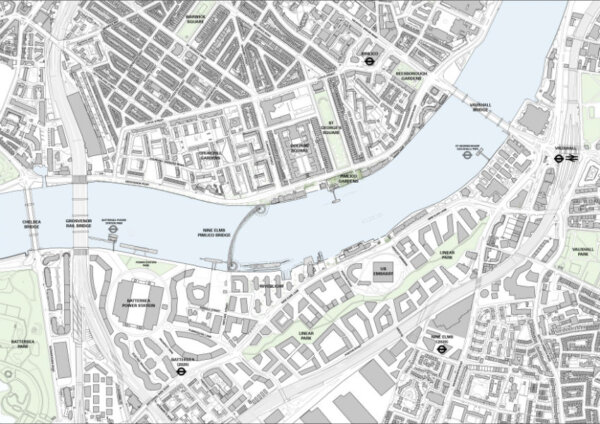 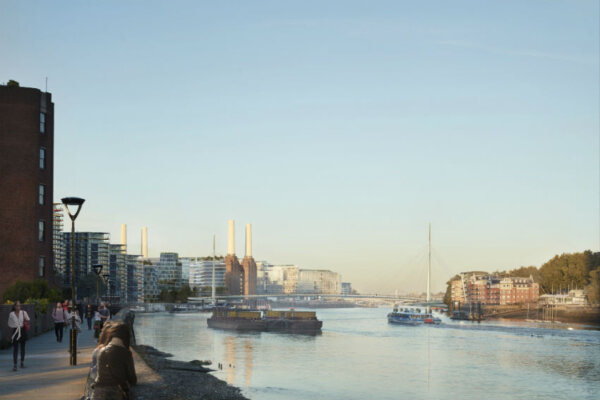 Over the next decade Nine Elms is set to become a major new commercial hub in London, providing new culture, leisure and retail facilities alongside new office space attracting major, international occupiers, such as Apple. The proposal for the Nine Elms Pimlico Bridge is part of a package of measures required to support the growth of the Vauxhall Nine Elms Battersea Opportunity Area, as identified in the Mayor’s London Plan alongside other infrastructure needed for the Capital. By 2030, 20,000 new homes and 25,000 new jobs will be created in the Area, creating a whole new district on the south bank of the River Thames.

Robin Snell of Robin Snell and Partners and project team lead, said: “After an extensive consultation and technical evaluation process we are delighted to be able to recommend a preferred location for the Nine Elms Pimlico Bridge to Wandsworth Council.”

“The new Bridge will be designed for pedestrians and cyclists to provide a safe, sustainable access route for all Londoners to access the new homes, jobs, leisure facilities and shops that are being created in Nine Elms and around Battersea Power Station.”

“If approved by the Scrutiny Committee we look forward to progressing to the next stage of the Design process, continuing to talk to Londoners about our plans and helping to deliver what will be a landmark new Bridge for London.”

Peter Murray, Chairman of New London Architecture, said: “This is an important step in the delivery of the new bridge and the infrastructure necessary to improve conditions for pedestrians and cyclists in this part of London. We need to increase the numbers of people using methods of active travel – walking, cycling and public transport – to move around the city and the Nine Elms Pimlico Bridge will help do that. It is also a very elegant design which will enhance this stretch of the river.”

Wandsworth Council’s Finance and Corporate Resources Overview and Scrutiny Committee is being asked to approve the recommendation of the project team before any further stages can be considered. The recommendation is being considered on the 13th of February.