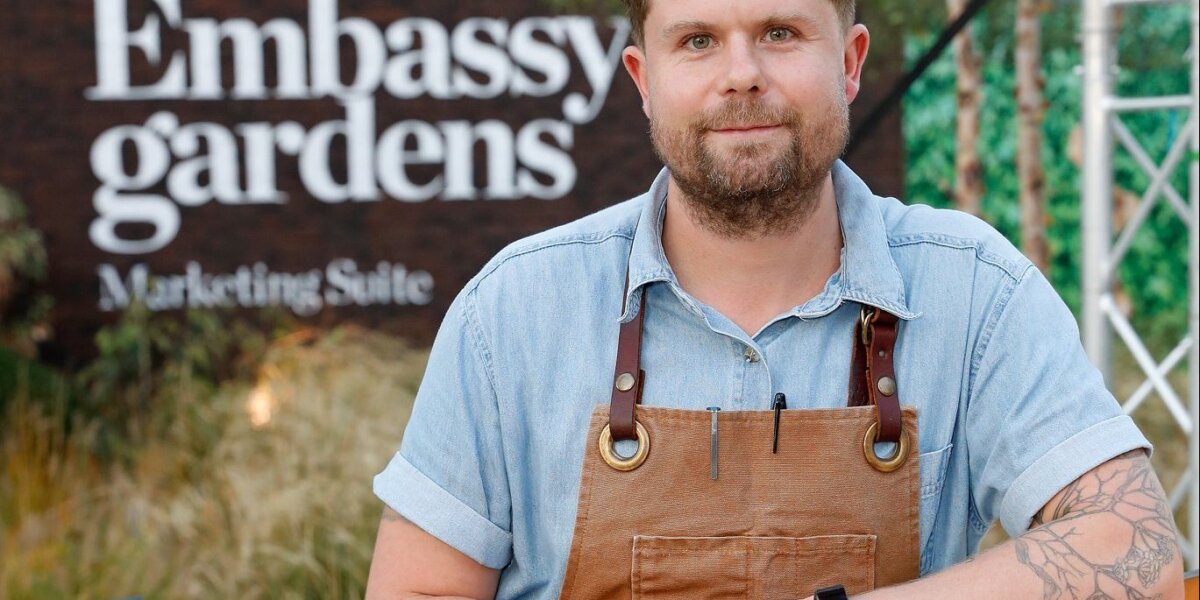 An exciting new restaurant is coming to the 10th floor of the Embassy Gardens in Nine Elms from renowned chef, Robin Gill. Drawing on his Irish roots, the restaurant is aptly named Darby’s after his father and will bring a fantastic selection of ethically sourced foods and produce.

The restaurant will feature an on-site bakery, open fire cooking and drinks will be brewed at the embassy gardens location including homemade stout and vermouth, available from the SkyPool bar ten floors above.

Robin has featured as a judge on Irish Masterchef and previously won the Evening Standard’s Best Restauranteur Award in 2016. He currently owns The Dairy and The Sorella restaurants, in Clapham, the latter of which was awarded the Michelin Bib Gourmand. Working under famous chefs Marco Pierre White and Raymond Blanc, Robin will inject culinary excellence into the Nine Elms area.

Currently the Ballymore’s, 19-story Embassy Gardens does not have a mainstay restaurant, so this will be a welcome addition to the residence. The building which was opened in 2015 as mixed-use development for retail and residences, has in excess of 2,000 apartments and a burgeoning retail space.

Darby’s is expected to open early 2019 on the ground floor of the Embassy Gardens, directly below the SkyPool.

Watch this space for further details on the launch of the restaurant.