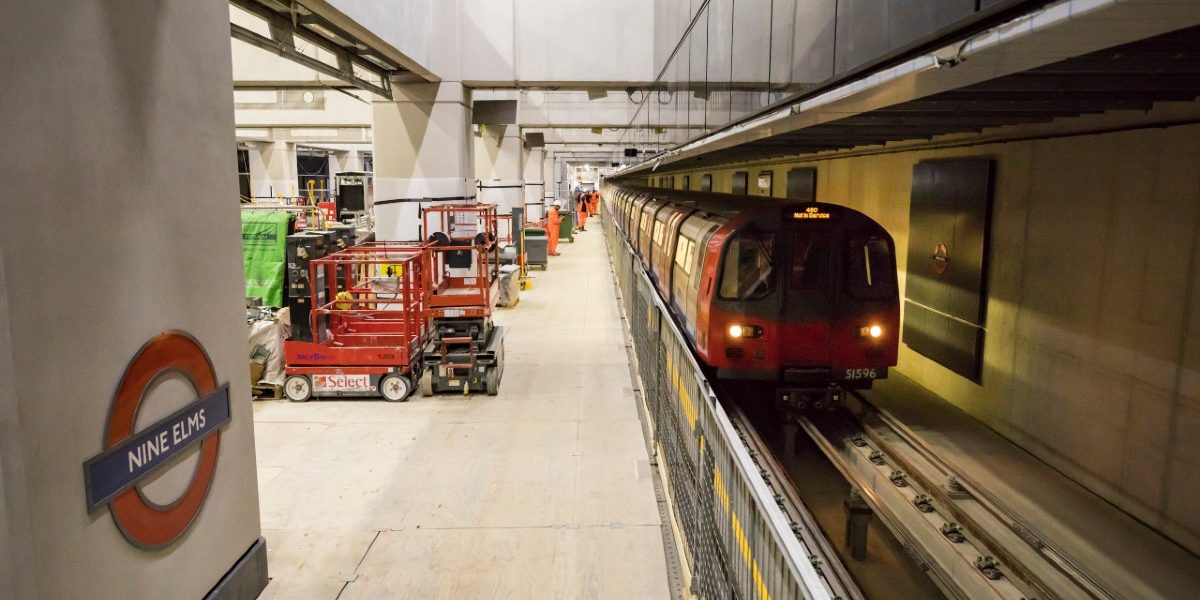 Successful trial journeys have run along new Tube tunnels to Battersea Power Station and Nine Elms ahead of the Northern Line Extension opening in 2021.

The extension will connect Battersea Power Station and Nine Elms to the rest of the Tube network via Kennington, bringing Battersea and surrounding areas to within 15 minutes of the City and West End.

The Northern Line Extension is part of a wider £1.5bn infrastructure investment package to support the size and scale of development at Vauxhall, Nine Elms and Battersea (VNEB). The new infrastructure to benefit the wider neighbourhood includes a new riverboat pier and road improvements, investment in pedestrian and cycling routes and facilities and transformation of utilities.

During the trials, the Northern line passenger trains entered the new 3.2km tunnels at Kennington, travelling through the newly constructed step-plate junction that connects the existing Northern line tunnels to the extension.

The trains then continued to Nine Elms Tube station before arriving at the extension’s second new station at Battersea Power Station. They then turned around using the new crossover junction to complete the journey back to Kennington.

Fit-out and artwork in stations

Work is now focussed on finishing signalling software upgrades and completing the fit-out of the two new stations at Battersea Power Station and Nine Elms.

The two new Northern Line Extension stations will feature newly commissioned permanent artworks on display in the ticket halls of each station. See images of the Art on the Underground at Battersea and Nine Elms