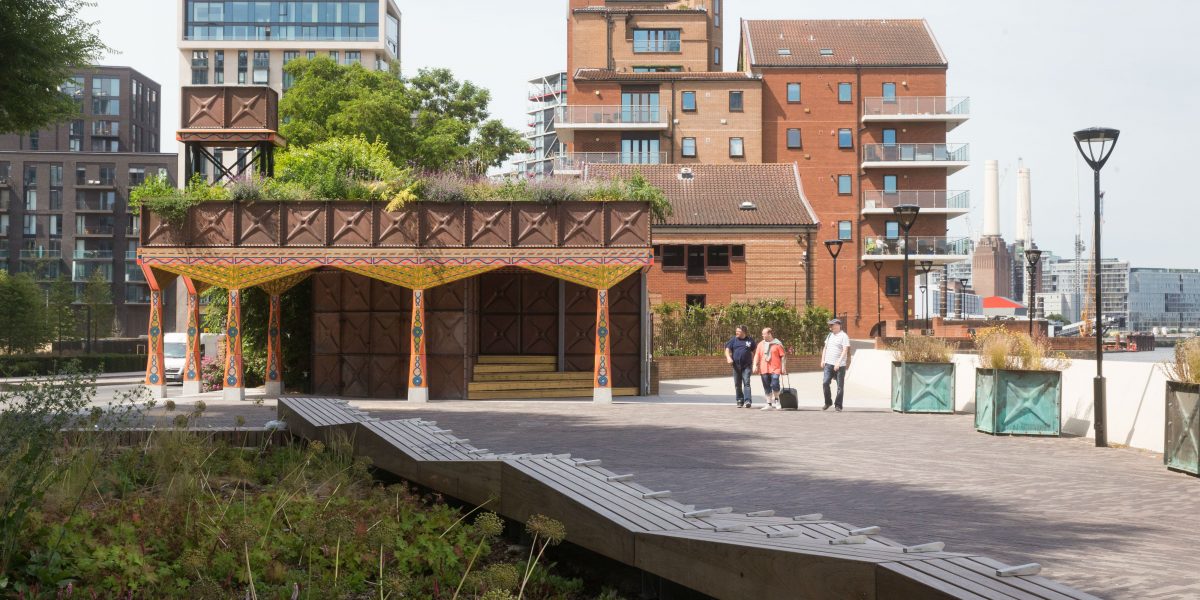 Enjoyed by residents, local workers and visitors every day, the first completed section of the riverside walk in Nine Elms has now received a commendation after being shortlisted for the 2019 New London Awards. 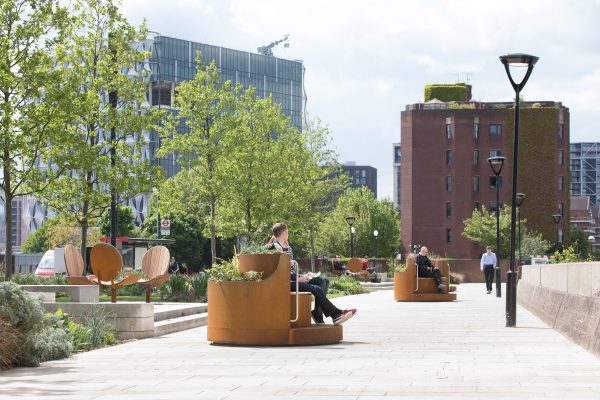 Running along Nine Elms Lane between Heathwall Pumping Station in the west and the new Riverside Gardens ‘pocket park’ in the east, it is the first in a phased series of improvements to the path alongside the Thames in Nine Elms.

When completed, the riverside walk will reveal stretches of the riverside long closed to the public and provide better off-road access between Battersea Power station, the US Embassy and the South Bank.

The Thames River Path was nominated in the Public Spaces category of the New London Awards.  See the list of winners. 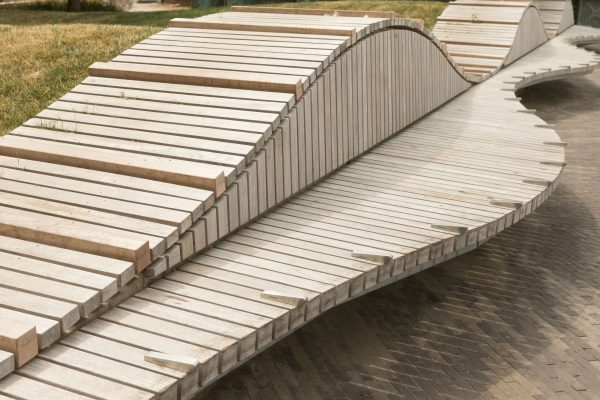 Seat with a view: sculptured benches along the riverside path

The improvement works are part of a package of infrastructure and transport improvements in Nine Elms including a new riverboat pier, changes to Nine Elms Lane and two Northern Line extension stations opening in 2021.

The path is designed by Churchman Thornhill Finch on behalf of the Nine Elms Vauxhall Partnership and Wandsworth Council.

Leader of Wandsworth Council Ravi Govindia said: “I am very pleased that the Nine Elms riverside walk has been recognised by the New London Awards. This stretch of the riverside walk is already attracting more local people and is a great addition to the area.

“It’s good to see stretches of Thames riverside that for generations have been off limits opening up to the public for the first time in years thanks to close and constructive collaboration between the council and local partners.”

The New London Awards recognise the best in architecture, planning and development in the Capital across all sectors of the built environment.