The Nine Elms on the South Bank cycle safety programme is set to return to the area on Tuesday 22 November. 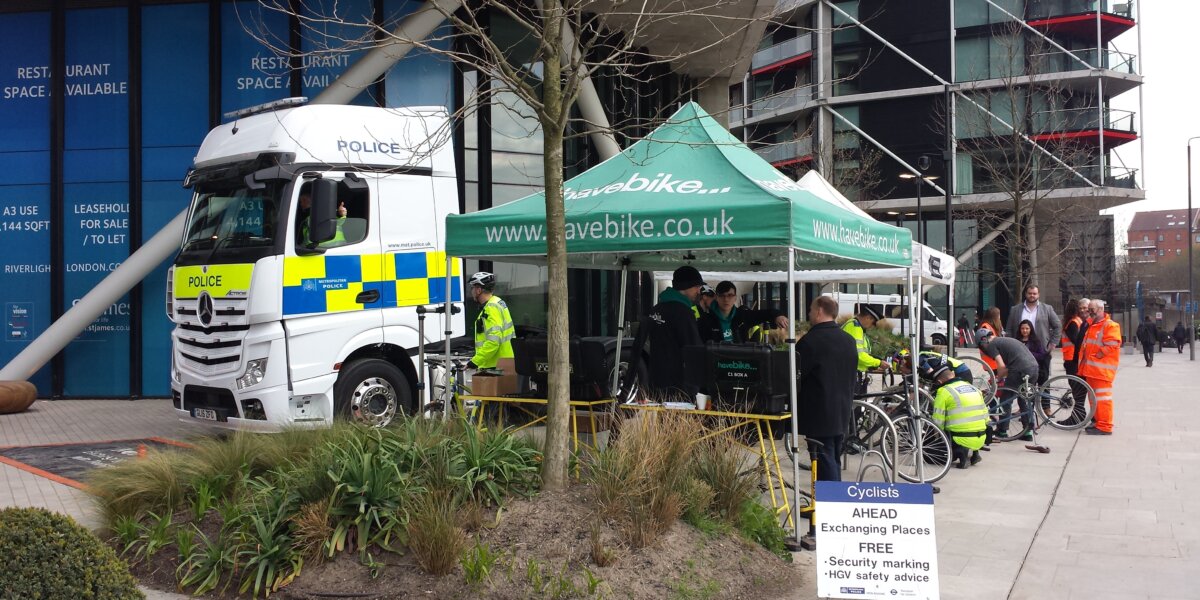 The Nine Elms on the South Bank cycle safety roadshow is set to make a return to Riverlight in Nine Elms Lane on Tuesday 22 November.

The event, which is due to take place from 7.30am until 10am, is part of a drive to make cyclists aware of the dangers of riding into lorry drivers’ blind spots.

Riders will be given the chance to climb into a lorry cab to witness first hand the perils they face on the local roads, with a focus on two-wheeled commuters making their way to work.

The privately funded initiative is part of a series of events staged by the Nine Elms Vauxhall Partnership and the Met Police Cycle Task Force, designed to raise cycle awareness.

As well as demonstrating the dangers of HGV blind spots, riders can also have their bike checked over by a fully trained Have Bike mechanic.

Alex Baker, Community and Sustainability Manager at the Battersea Power Station Development Company, said: “Cyclists often do not realise the danger they are putting themselves in when riding on roads shared by lorries.

“Nine Elms is an exciting place to be at the moment because of the regeneration of the area. But with urban regeneration comes an increase in the number of HGVs on the roads, so it is vitally important that cyclists are aware that lorry drivers cannot always see them.”