Children can climb aboard a pirate ship and sail seven imaginary seas when they visit Battersea Park following the unveiling of its new playground. 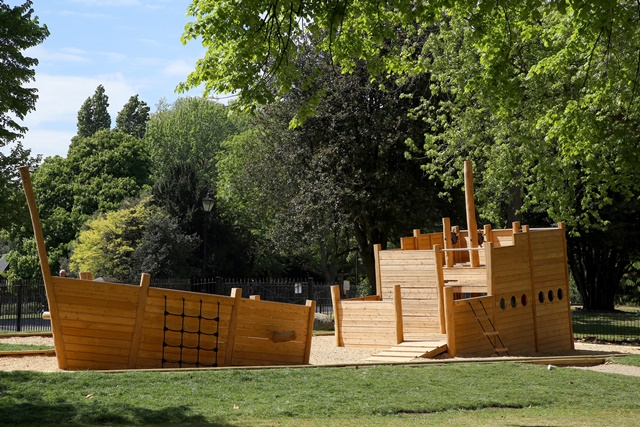 The £150,000 playground is located just off East Carriage Drive near the café and boating lake and has brand new play equipment suitable for children up the age of 12.

It has been created as part of a planned programme of investment in Battersea Park worth around £840,000.

The lion’s share of the funding was generated as a direct result of staging the Formula E electric motor car racing championships in the park for two years. This raised £500,000 for park improvements, as well as around £2.5m for other frontline council services in Wandsworth.

A further £250,000 has been levied from the developers of the neighbouring Battersea Wharf and Chelsea Bridge Wharf housing schemes. Further funding has been pledged by local amenity group the Friends of Battersea Park. 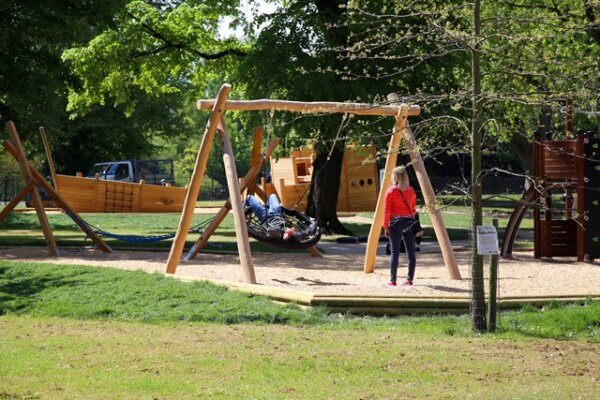 As well as the brand new playground, a new pedestrian entrance to the park has been created between Chelsea and Rosary Gates, with associated landscaping, connecting with existing paths near the Millennium Arena.

Other improvements in the pipeline for Battersea Park include:

A new garden – The Promontory is currently a closed and unused area of the park some 50m east of Albert Bridge which projects about 12m into the river. A generous contribution from The Friends of Battersea Park topped up by funding from existing parks budgets will be used to help create a new landscaped garden based on designs put forward by David Keary, a design practice based in Leicester. Bringing this garden to life will cost around £95,000.

Cascade fountain feasibility and restoration project – The cascades are an important and prominent historic landscape feature, but over time they have deteriorated and can no longer be used without causing significant additional damage. A total of £160,000 has been pledged towards carrying out a feasibility study into their complete restoration and to help fund their refurbishment.

Restoration of seating shelters – It is proposed to spend £80,000 on restoring these three historic shelters with new seating and substantial structural and decorative renovation.

Other improvement projects are now being drawn up to utilise the remaining funds, which amount to approximately £260,000.

“Thanks to the funding we received from Formula E and from the neighbouring housing development combined with a generous donation too from the Friends of Battersea Park, we are delivering a range of improvements that will be enjoyed by visitors for many, many years to come.”