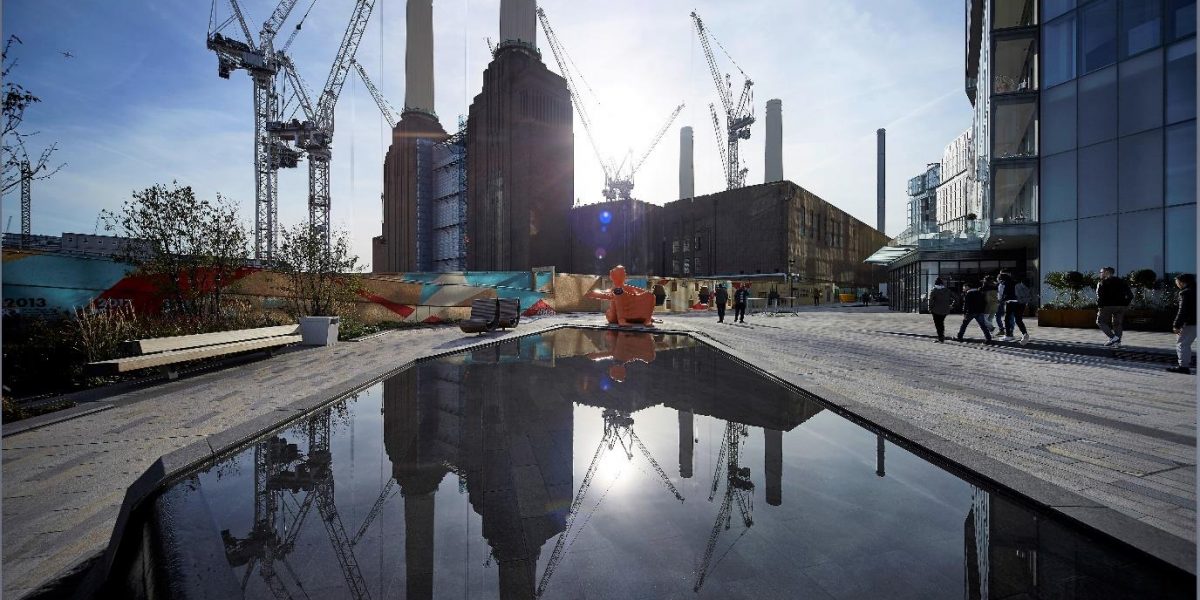 A new pedestrian and cycle route has been opened at Battersea Power Station, granting access to the shops, restaurants and other amenities of Circus West Village from the eastern side of the Power Station.

Circus West Village, to the west of the Power Station building, is the first phase of the wider Battersea Power Station project. Residents began moving in early in 2017 and continue to do so. The Battersea General Store, No. 29 Power Station West, Boom Cycle, Mother, Fiume, Vagabond, Wright Bros, The Coffeeworks Project and the new Village Hall events venue are now open at Circus West Village with more still to come. The neighbourhood also now has its own River Bus pier served by MBNA Thames Clippers.

Until today, the only access to Circus West Village on foot was via Grosvenor Arch at the riverside on the western side of the site. Now, however, pedestrians can enter from the east via Pump House Lane on Battersea Park Road, accompanying the new taxi drop off point which is already in use. The new route places Circus West Village within 15 minutes’ walk of the new US Embassy, where over 1,000 employees will soon be starting work, and the many residential developments of the Nine Elms area.

This is also a significant step towards improving access to the Thames river path. This route will allow the public using the river path either side of the Battersea Power Station development to get from Battersea Park to Nine Elms, and vice versa, much quicker than before.

“Opening up access to Circus West Village further is another big milestone for the project. It brings the fantastic range of restaurants, the pub, The Village Hall, The General Store, Design Store, our pop ups and events much closer to even more people and makes the new River Bus more accessible than it was previously. “We’re also very pleased to improve access to and from the Vauxhall and Nine Elms area for our residents.”