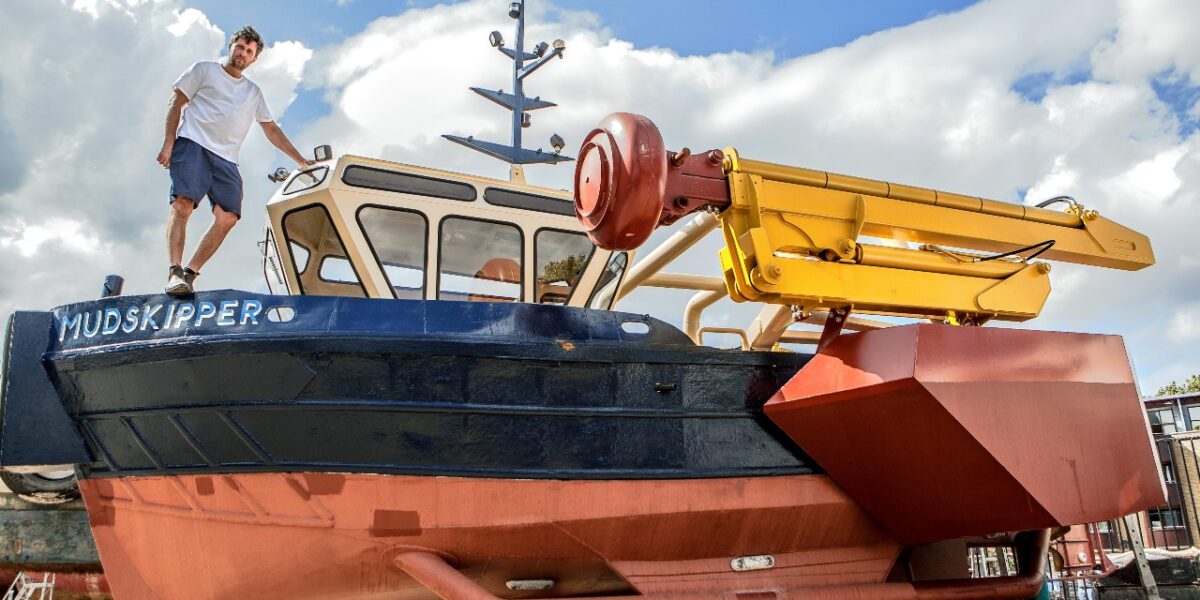 Co-commissioned by Battersea Power Station, Nine Elms on the South Bank and Royal Docks, the sculpture is a work of art for the river with a series of live demonstrations taking place in Battersea on 23 July and 31 July.

Find out more about seeing MUDSKIPPER in Battersea.

A former 1980s commercial Thames workboat, MUDSKIPPER has been transformed by James Capper into a fully mobile sculpture (9.2 metres in length and 14.5 tons in weight), which has the ability to navigate across bodies of water and land the foreshore using a set of hydraulic jacks, offering passers-by the chance to see an experimental sculpture that crosses art, sciences and the speculative engineering divide.

James Capper said: “Mudskipper has challenged everything in my sculptural language, it has pushed the envelope in the binding agent to my practice – the speculative engineering philosophy I use to execute my ideas. In reality it is here now and exists after two years of building and sixteen months of a pandemic, the great unknowns of its abilities are about to be investigated and discovered.”

Inspired by the evolution of the vertebrates, and echoing the brave leaps made by those into a new and unknown world, MUDSKIPPER challenges and invigorates the definitions of engineering and art and the interconnections between the two. 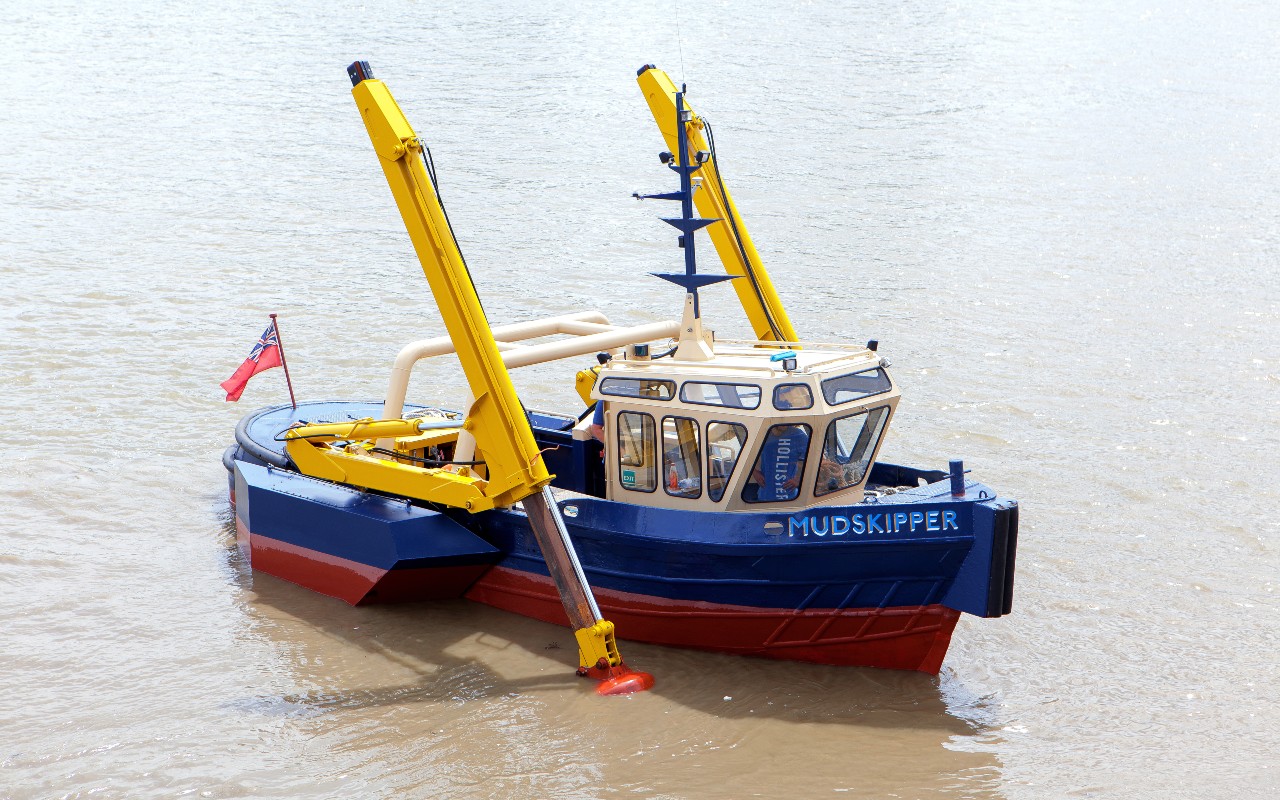 MUDSKIPPER will be demonstrated between 23 July to 4 September, beginning in Battersea where the sculpture will travel down the River Thames and demonstrate its amphibious abilities on the foreshore at Battersea Park by Chelsea Bridge car park. In between demonstrations, MUDSKIPPER will be moored by the Battersea Power Station Uber Boat by Thames Clippers pier for passers-by to enjoy. Following the Battersea demonstrations, the sculpture will head east to Royal Docks where there will be four demonstrations and it will be displayed in the Royal Victoria Dock with an exhibition at the Good Hotel (Monday 2 August – Sunday 5 September), before travelling back to Battersea Power Station where it will be permanently exhibited outside the iconic Grade II* listed building.

Councillor Steffi Sutters, Wandsworth Council’s Cabinet Member for Community Services and Open Spaces, said: “We’re excited to welcome this great mix of engineering and art to the Battersea riverside. The Nine Elms area of Wandsworth is undergoing its own evolution from an industrial area into a new town centre, so we are looking forward to seeing this transformation of a fishing boat into a walking sculpture. I’m sure it will prove as fascinating to local residents as it will to people visiting Battersea Power Station pier where it will be moored between performances.”

Carlin Fier, Head of Brand at Battersea Power Station Development Company, said: “We are delighted to be working with James Capper, Nine Elms and Royal Docks on this exciting project. Establishing a new cultural district for London that generates a sense of community and supports British and international artists by providing them with a platform to show their work, has always been a key focus for our shareholders in the regeneration of Battersea Power Station.

“This work is particularly relevant to the Power Station given its location on the Thames, where once hundreds of workboats would have delivered coal to the building. It will be great to see MUDSKIPPER in action during its special performances in Battersea and we hope to make the sculpture a long-term fixture at the Power Station in due course.”

See the full MUDSKIPPER programme on the Battersea Power Station website to have the chance of spotting one of the demonstrations, or visit illuminateproductions.co.uk/mudskipper

MUDSKIPPER has been co-commissioned by Battersea Power Station, Nine Elms on the South Bank, the Royal Docks Team and is produced by Illuminate Productions. The project is supported by Albion Barn, Arts Council England, Hannah Barry Gallery, Rothschild Foundation and Perkins Engines, with the additional support from the Science Museum Group and RoDMA (Royal Docks Management Authority)