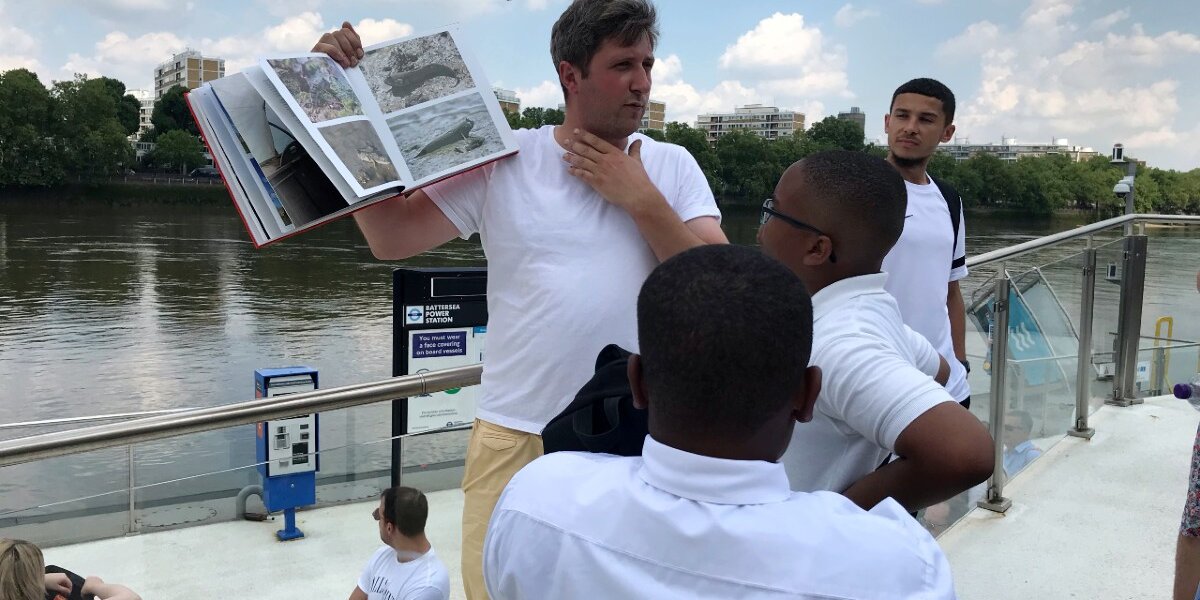 Pupils from a school in Nine Elms got the first chance to talk to MUDSKIPPER artist James Capper ahead of two public demonstrations on Friday 23 and Saturday 31 July.

A group of students from St Mary’s Primary School, Battersea, visited the pier at Battersea Power Station to see the MUDSKIPPER mobile sculpture and find out more about the way that the former Thames workboat moves across water and lands on the foreshore using hydraulic jacks. 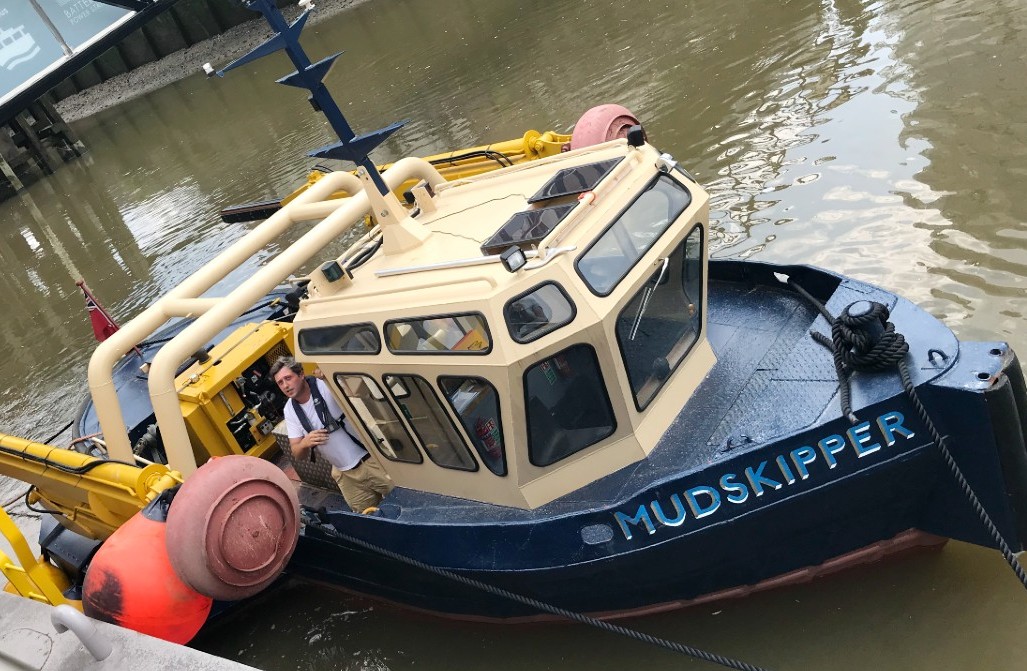 James Capper met the 18 children from Year 5 on the riverfront and explained how MUDSKIPPER was inspired by the evolution of the vertebrates and echoes the brave leaps made by those into a new and unknown world.

This was followed by an interactive session about hydraulics at Battersea Power Station Heritage Centre in which students designed their own moving mini-mudskippers before racing them at the end of the day.

MUDSKIPPER is a former 1980s commercial Thames workboat which has been transformed by James Capper into a fully mobile sculpture (9.2 metres in length and 14.5 tons in weight). 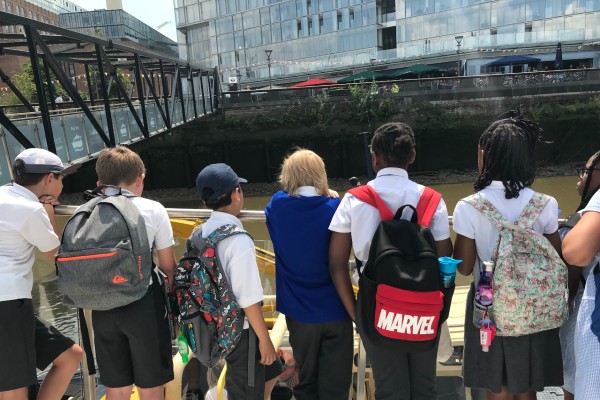 Find out how to see MUDSKIPPER in Battersea this month

MUDSKIPPER has been co-commissioned by Battersea Power Station, Nine Elms on the South Bank, the Royal Docks Team and is produced by Illuminate Productions. The project is supported by Albion Barn, Arts Council England, Hannah Barry Gallery, Rothschild Foundation and Perkins Engines, with the additional support from the Science Museum Group and RoDMA (Royal Docks Management Authority)