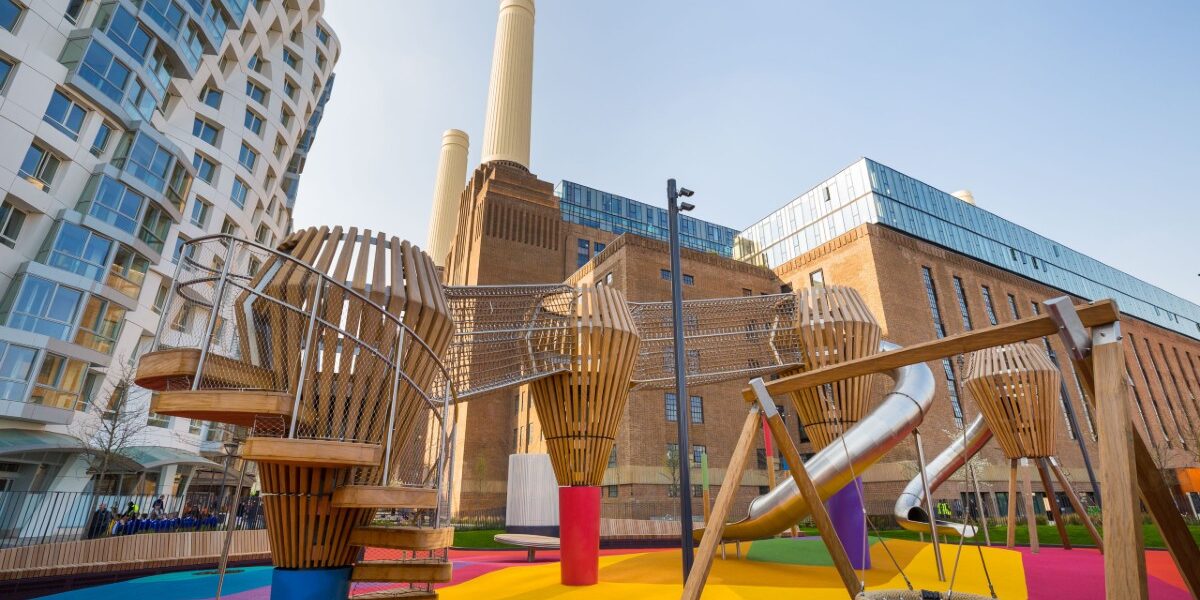 Pupils from St Mary’s RC Primary School visited the new Prospect Park children’s playground and park area at Battersea Power Station ahead of the Grade II* listed building opening to the public from September this year. 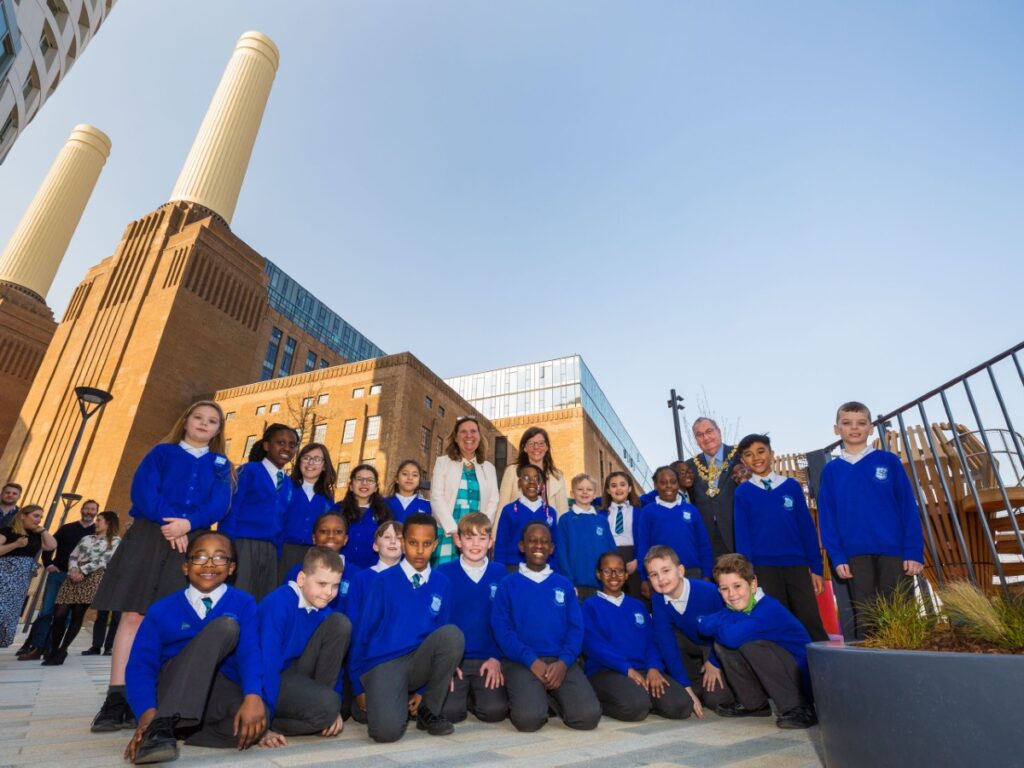 The playground, which is open to the public daily from 8am to 8pm, was designed by landscape architects LDA Design. It features areas suitable for all ages so children can discover fun new elements as they get older. 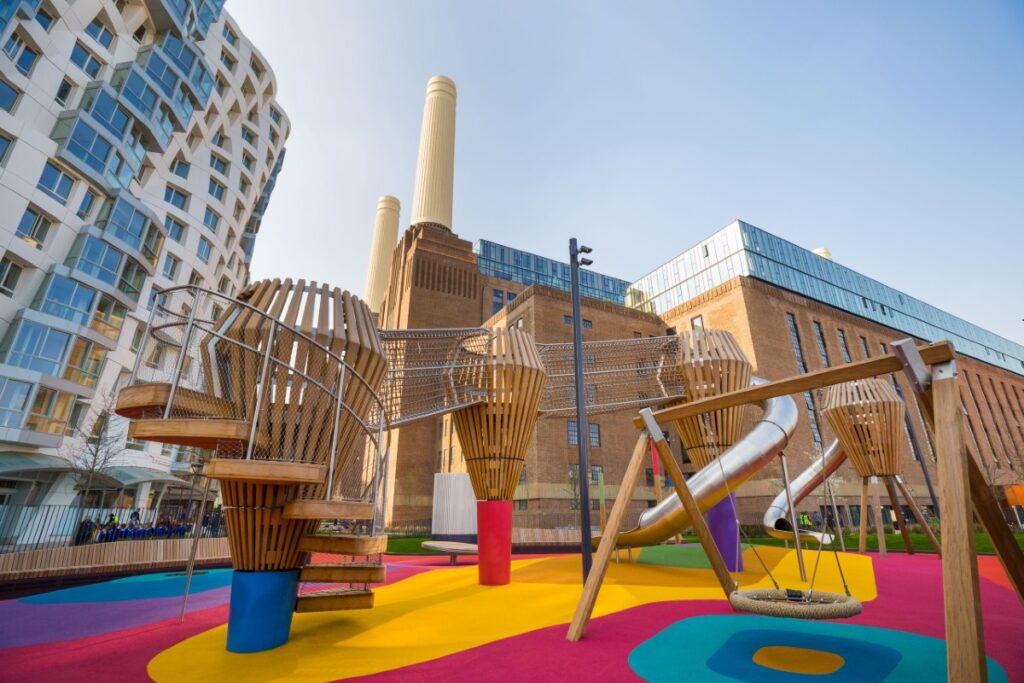 With the opening of Prospect Park also comes a new public footpath running from the Zone 1 Battersea Power Station Underground station through to the south of the Power Station and Circus West Village. 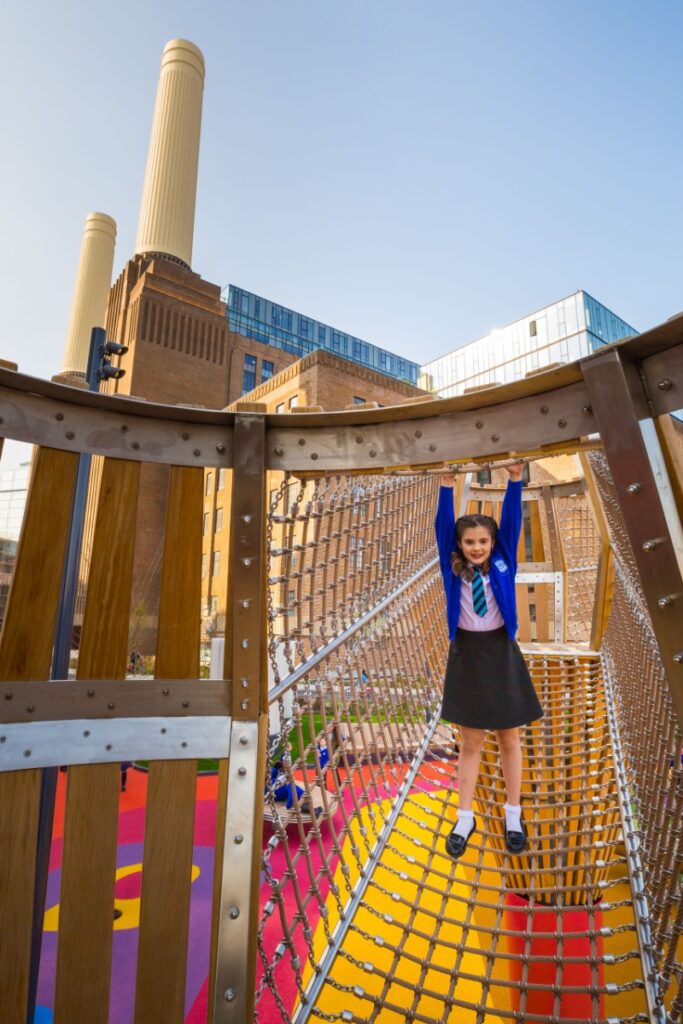