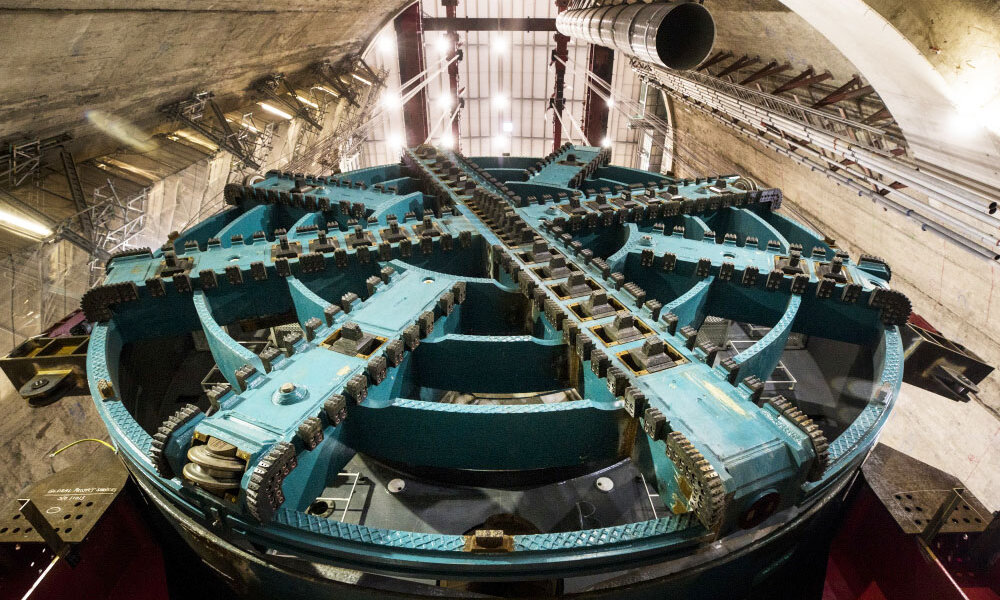 Tideway, the company building London’s super sewer, has marked a major milestone with the lowering of its first two Tunnel Boring Machines (TBMs) at its Kirtling Street site near Battersea Power Station.

The two TBMs, Millicent and Ursula, named after pioneering women who lived and worked in London close to Tideway’s sites, will be used to dig the central section of the Thames Tideway Tunnel, a 25km super sewer tunnel being constructed to tackle the problem of sewage pollution in the River Thames. 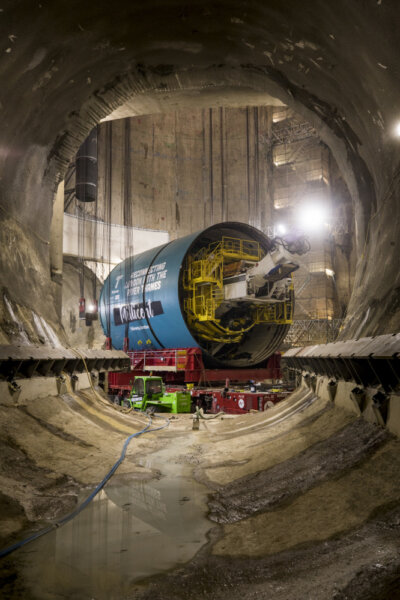 “The lowering of our first two Tunnel Boring Machines marks a significant milestone for the project before tunnelling gets underway later this year.

“London’s new super sewer will prevent tens of millions of tonnes of sewage from entering London’s iconic River Thames, the vein that runs through London, and will protect it for the next hundred years and future generations to come.”

The lowering of the two TBM cutterheads – which weigh in at over 850 tonnes each- was a lengthy and complex process and took approximately eight hours to lower each TBM. 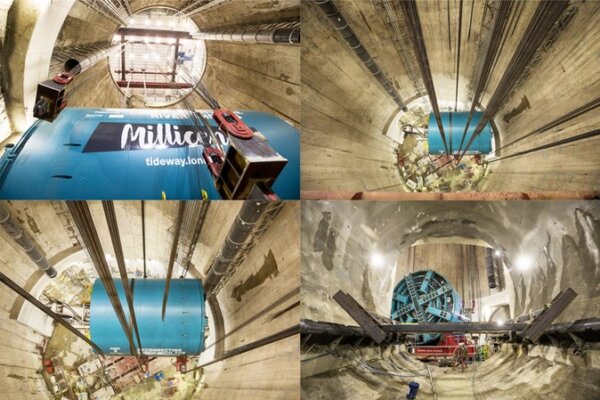 Once lowered the machines were placed into launch adits, otherwise known as starter tunnels, before work to complete the build of the TBMs, which will be over 100 metres long when fully built, begins in earnest.

When fully assembled, each TBM will weigh in at 1300 tonnes, and will be the project’s largest, of six, tunnelling machines. The TBMs will remain underground for almost two years as they dig the tunnels.

The Kirtling Street is in the central section of the Tideway project which is being delivered by the Ferrovial Agroman UK and Laing O’Rourke joint venture.