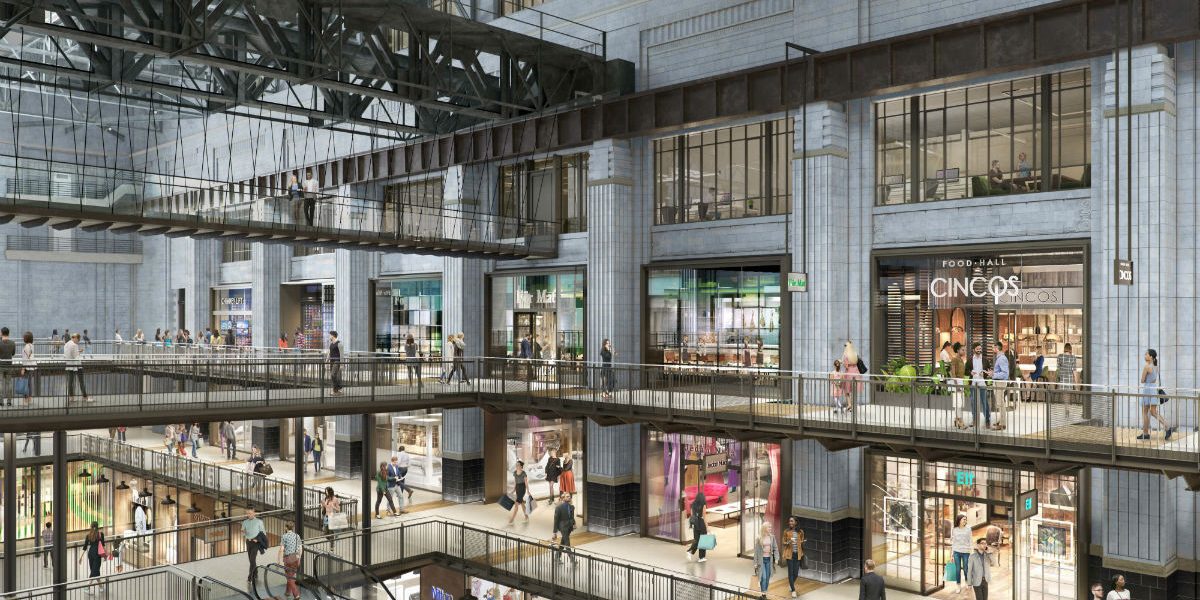 Battersea Power Station has announced the first line-up of UK and international retail and leisure brands set to open their doors in the iconic Grade II* listed building when it launches in 2021.

These new lettings follow hot on the heels of the recent announcement that Anthony Joshua’s BXR London gym has chosen Battersea Power Station as the location for the brand’s expansion. The boxing Heavyweight World Champion’s original BXR gym opened in Marylebone.

As well as being home to the Battersea Power House, a unique collection of new event spaces will open in partnership with Camm & Hooper, which will host an array of cultural, fashion shows and music events for thousands of people.

There will also be a one-of-its kind glass lift which will travel up the inside of one of the Power Station’s iconic chimneys, becoming a viewing platform as it emerges out of the 109m summit.

The retailers are set to bring a new energy to the heritage landmark, setting up shop in the two Turbine Halls.

Turbine Hall A, which was built in the 1930s and evokes the Art Deco glamour of the era, will be home to the premium collection of brands.

Turbine Hall B, which was completed in the 1950s and has more of a brutalist, industrial look and feel, will house an eclectic range of more contemporary fashion brands.

Once open, the Power Station will be home to over a hundred established, luxury and emerging retail, food and leisure brands, providing a space for new, unique concepts and creative designs that will complement the host of shops and restaurants already open at Circus West Village, the first chapter in this redevelopment.

Following on from the success of Archlight Cinema’s first outpost which opened in Circus West Village last year, the boutique cinema operator has now chosen the Grade II* listed building as the location for its second local venue. The operator is also behind Olympic Studios and The Cinema at Selfridges.

Approximately 70% of the total commercial space within the Power Station is now let, with more than 45% of the retail and leisure floorspace exchanged or under offer.

‘Counting down the days’

The Northern Line extension is due to open in 2021 with Zone 1 Underground stations, drawing visitors from across London.

Battersea Power Station is one of Europe’s most iconic regeneration projects, boosting the local economy and creating over 17,000 jobs as it is delivered across several phases.

Circus West Village opened in 2017 and is now a thriving area of independent restaurants, cafés, bars as well as leisure offerings including The Turbine Theatre, Birdie’s Crazy Golf, Boom Cycle and Archlight Cinema. Along with the thousand or so residents living in this first chapter, over three million people have visited in the last year to experience the wide range of festivals, markets and children’s activities on offer all year round.

Simon Murphy, Chief Executive Officer at Battersea Power Station Development Company (BPSDC), said:
“We are delighted to be partnering with these exciting brands which set the tone for our retail and leisure offering inside the Power Station. On behalf of our Malaysian shareholders we are delivering a destination for our local community as well as London and far beyond. We enter 2020 with a very strong pipeline of retail and leisure brands intending to make the Power Station their home, which we will announce over the course of the year as we begin counting down the days to the opening of this historic landmark in 2021.”