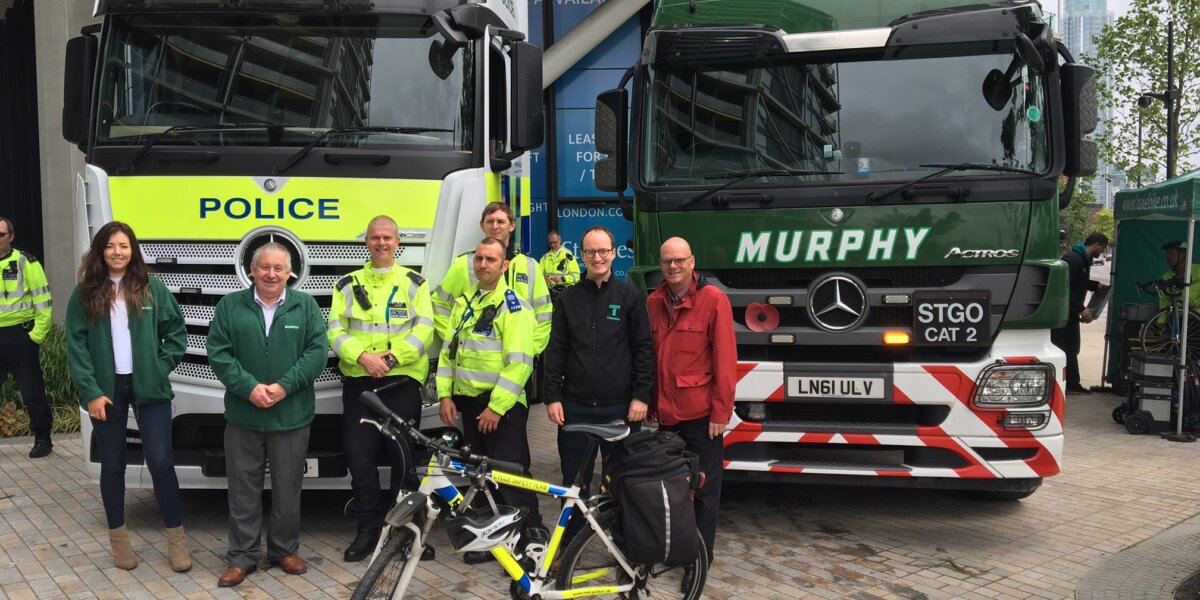 Provision for cycling has been a key priority throughout the regeneration of Nine Elms on the South Bank.

In 2012 then London Mayor Boris Johnson identified Vauxhall Cross as one of 33 accident blackspot where vastly improved conditions for cyclists were urgently needed. And, with construction work in progress at around 20 redevelopment sites across the central London area, there has been an increase in the number of lorries travelling through Nine Elms on the South Bank.

A large number of the serious injuries and fatalities involving cyclists occur when riders unwittingly travel into blind spots where HGV drivers cannot see them from their cabs.

As a result, led by Battersea Power Station Development Team a programme of cycle safety events are being staged with the help of the Met Police Cycle Taskforce.

The Met has been commissioned by the Nine Elms Vauxhall Partnership to bring along a lorry to the one-day events. Cyclists who pull over are given the chance to experience for themselves the hazards posed by blind spots.

The bike-friendly events are designed to make cyclists think twice before unintentionally putting themselves in danger when riding up the inside of larger vehicles, especially when they are turning left.

They are also given the chance to have their bike checked over by a highly trained mechanic and have their bike tagged with a unique code stamped onto the underside of the frame so that if police recover a cache of stolen bikes they can trace the real owners and return their property.

The force uses the BikeRegister, a national database used by police forces across the UK, so even if bikes are found many miles from where they were pinched, they can still be returned. The register also enables cyclists to record more than one bike under one name and acts as a conduit for the various anti-theft bike forums online that can rapidly be fed details of any bike stolen.

Cycle lanes and roads designed to accommodate two-wheeled transport have been built into the vision for the area In tandem with a drive to “normalise” cycling and make it the default mode of transport for a great many more Londoners.

The cycle safety events are set to take place on the following dates:

Locations will be advertised closer to each session .

In addition the Vauxhall One Business Development District team are also hosting cycle safety events. Rather than teaming up with the police the organisers have drafted in the help of the Dr Bike mobile mechanics team to focus on making sure riders’ bikes are safe for them to use on the road. The basic repairs are free of charge and take only a few minutes.