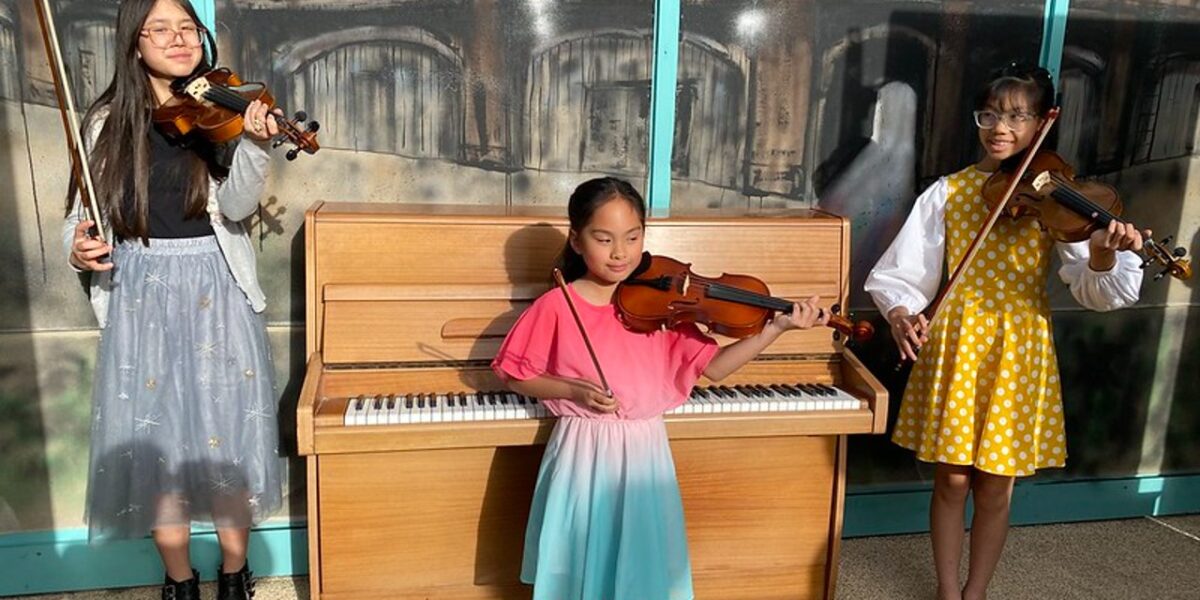 Thousands of free in person and online events will take place up and down the country on Tuesday 21 June to mark this year’s Make Music Day – the world’s largest, annual celebration of making music.

As part of the celebrations, Wandsworth-based music academy World Heart Beat launches Music is in the Air– a pop-up space for young people to play and enjoy free live music in Battersea and Nine Elms this summer.

Music is in the Air will launch at Alcove 3 along Merchants Way, the colourful walking route which runs through New Covent Garden Market between Nine Elms Tube station, Arch 42 and Ponton Road. The alcove features a donated piano as part of World Heart Beat’s instrument donation programme, which has been painted by local artist, Nunziatina Del Vecchio.

Make Music Day is the UK’s largest single-day music festival, encouraging musicians, producers, promoters and music lovers to collaborate and organise in-person and online performances in and for their communities. Since beginning as Fête de la Musique in France in 1982, Make Music Day has grown into a global phenomenon that takes place annually in 125 countries, always on 21 June. Solo performers, groups and music creators of all types are invited to take part, regardless of age, ability or musical genre.

The event will kick off on Tuesday 21 June from 3.30pm with musicians performing to passers-by and offering the chance to find out more about its new music space – a music academy and concert hall – which opens in October.

The new music space was awarded to World Heart Beat by the London Borough of Wandsworth and EcoWorld Ballymore, from a competitive field of 42 cultural organisations. The space will extend the work at its existing Kimber Road music academy, providing a centre for musical excellence and doubling its current teaching capacity per year. The charity will be a ‘cultural anchor’ alongside other arts organisations including Theatre503, Matt’s Gallery and Chocolate Films, and benefitting thousands of young people particularly welcoming those living in the adjacent communities on the Patmore, Savona, Carey Gardens, Doddington and Rollo Estates.

Throughout the summer, free piano lessons are available on Tuesdays, Wednesdays and Thursdays from 3.30 – 7.30pm. If you’re aged 5 to 25 years and interested in piano, guitar or vocal lessons, or if you’re a musician keen to find a regular space to practice or to perform al fresco then World Heart Beat would love to hear from you.  The pop-up music space will be available for six weeks from Tuesday 21 June. To find out more, please email info@worldheartbeat.org

Watch The Nine Elms Sessions by World Heart Beat to find out more about their work.