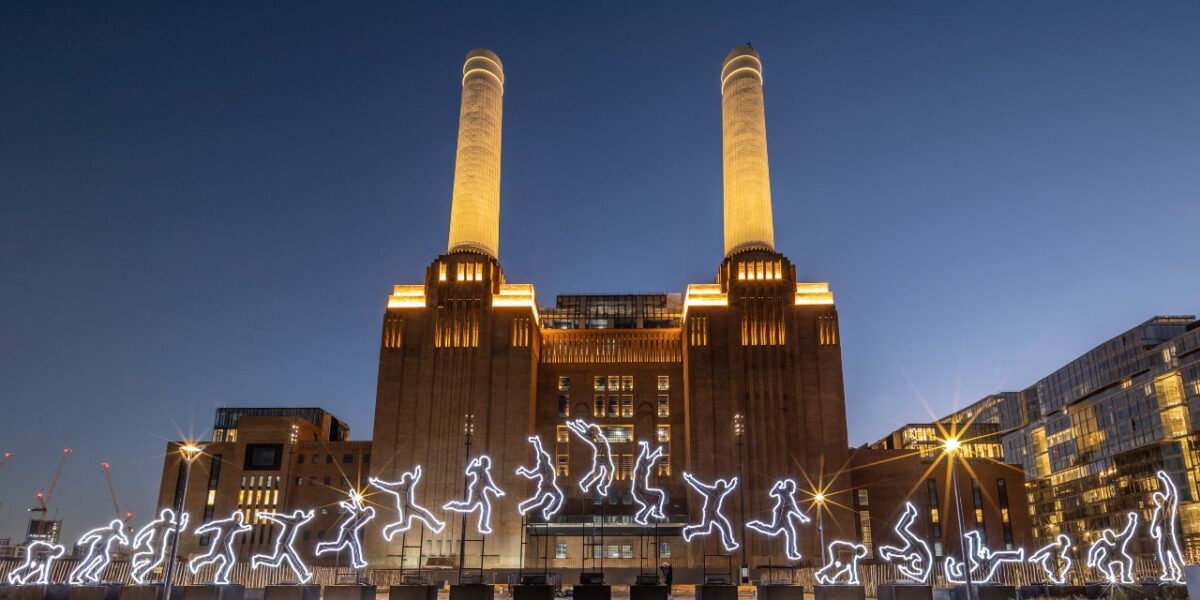 Winter evenings in Nine Elms are looking brighter after the launch of Battersea Power Station’s Light Festival on 13 January.

The event makes the most of new areas of public realm opening up in front of the Grade II* listed building on the banks of the River Thames.

Two of the festival’s installations, Antenna Sud by Italian lighting designer Michela Bonzi, and Picto Sender Machine by Felipe Prado will be making their UK debut at Battersea Power Station, alongside Angelo Bonello’s Run Beyond which will be on display for the very first time in London.

Find out more about where you can see the light installations on the Battersea Power Station Light Festival Map. 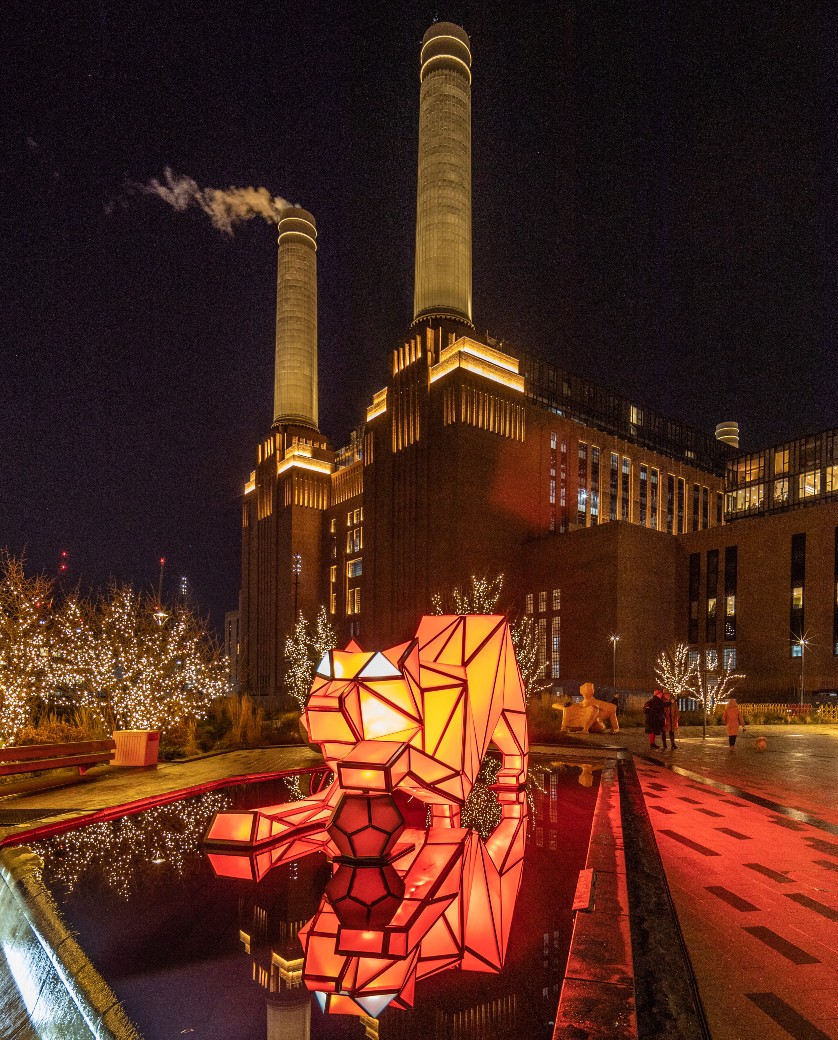 Celebrate Chinese New Year on 1 February with a visit to see the festival’s Digital Origami Tigers by LAVA, perfect for a selfie. Image credit: John Sturrock

Carlin Fier, Head of Brand at Battersea Power Station Development Company said: “We’re thrilled to be bringing the Light Festival back to Battersea Power Station after such a successful first year, especially as we now have more outdoor space to host these spectacular installations following the opening of further public realm in front of the Power Station. Establishing a new cultural district for London that generates a sense of community has always been important to us and our shareholders while regenerating this iconic site. This will continue to be a key focus for our events programme in 2022, the most exciting year yet for the project, as we prepare to open the Power Station’s doors to the public in late summer.”

During the festival, visitors are encouraged to make an evening out it by enjoying the special Light Festival offers and takeaway options available from the bars and restaurants already open in Circus West Village. Check out the full list of retail offers.