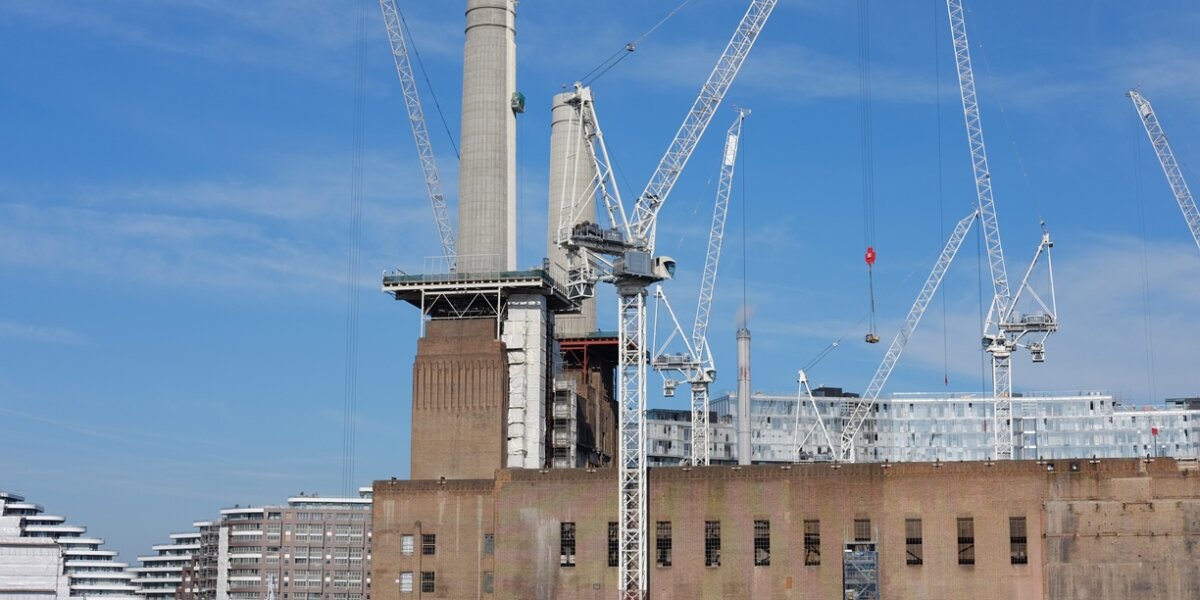 A base coat will be applied to all four chimneys initially, with the South East chimney being the first to be painted. This will be done in conjunction with the final chimney, the North West, reaching full height. All chimneys are expected to have received a base coat by September 2017. A final coat will then be applied ensuring that all chimneys will age concurrently.

All four of Battersea Power Station’s chimneys have had to be painstakingly dismantled and rebuilt by specialist contractors. The decision to dismantle and rebuild the chimneys was taken following completion of detailed surveys, very close consultation and engagement with Historic England and the London Borough of Wandsworth; both of which have been fully supportive throughout the process of restoring the chimneys to their former glory.

Each new chimney will be visually identical to the original, the only difference being that the new chimneys will use a more modern pattern of steel reinforcement within the concrete. Paint scrapings from the original chimneys were taken to ensure the new paint colour is an exact match. 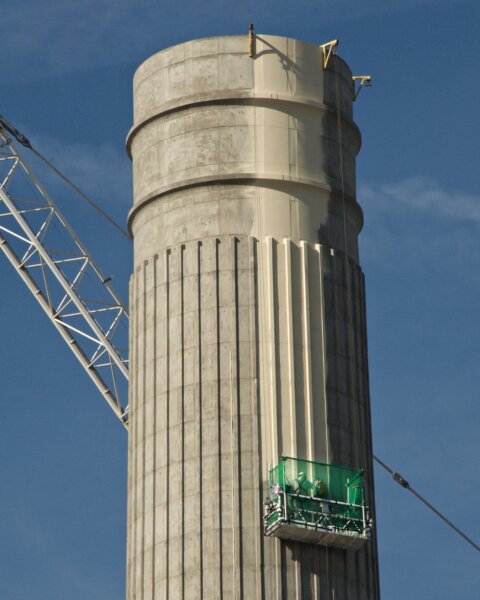 Detail of a Battersea Power Station chimney being repainted

The chimneys have been one of the key priorities for the Malaysian shareholders of the Battersea Power Station project given their historical and cultural significance. The shareholders take their custodial duties of preserving and maintaining these renowned landmarks for future generations to come very seriously.

“This is a key milestone for the project and we are proud of the progress that has been made on rebuilding the four chimneys which are world famous features of the London skyline. We are now a step closer to finishing the restoration of the Power Station and opening it up to the public for the first time. The residents who have already moved into Circus West Village, the first phase of the development, and the restaurants presently fitting out, do so with an iconic backdrop being restored to its former glory.”

“Historic England welcomes this final stage of the rebuilding of the chimneys, ensuring that the Power Station will retain its landmark status along this evolving part of London’s skyline”.

For news and updates on other openings at Battersea Power Station, follow @batterseapwrstn