Where does Nine Elms get its name? 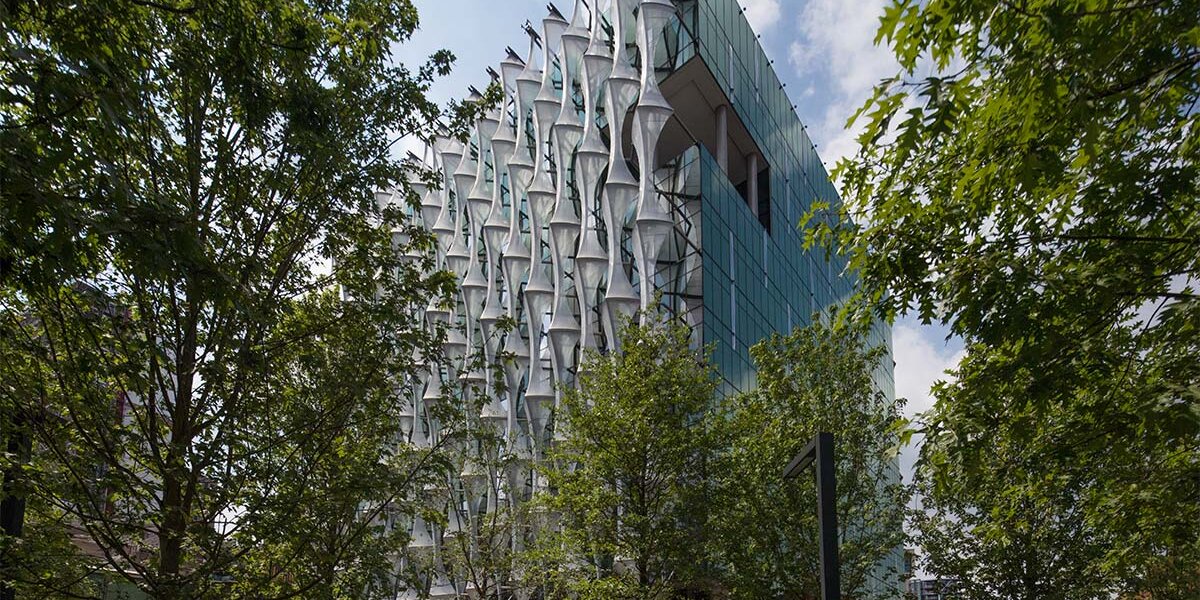 Although Nine Elms sits in the middle of London, between Battersea and Vauxhall, its name is rooted in the nature within the area, its elm trees – as you may have guessed.

However, the history behind the Nine Elms name is still somewhat mysterious and there are a couple of ideas of how London’s newest quarter and largest regeneration zone originally got its name.

But first let’s look into the names of the surrounding areas of Nine Elms – specifically, the Lambeth and Wandsworth boroughs. Lambeth, which quite literally translates as the ‘landing place for lambs’ gets its name as a former trading hub for lambs. Mention of Wandsworth first appears in the Domesday book of 1086, England’s oldest surviving public record.

The most widely accepted explanation of the Nine Elms name originates from the elm trees growing along Nine Elms Lane. Today, there are only seven left – so as we prepare to replant the missing two elms in celebration of the area’s heritage and regeneration, we thought we’d take the opportunity to explore the history of Nine Elms and how the area came to be named after these majestic trees.

Mention of a brewhouse and farm of the name ‘Nine Elms’ appears in the accounts of the Battersea churchwardens all the way back in 1645AD. It is described as a small hamlet sitting at the tip of Battersea Parish, similar to other riverside settlements including Vauxhall. It is only around 1850 that the name and settlement of Nine Elms began to creep from the Lambeth border up to Battersea Park. This, according to the Bartlett School of Architecture’s, English Heritage Survey of London is how we know Nine Elms today.

How the nine elms became seven is possibly linked to a British epidemic of Dutch elm disease since the 1970s. One of the nine elms was apparently uprooted by a strong gust of wind after becoming weak at its base. The other tree was pre-emptively felled for safety reasons after it was discovered to be dying.

In any case, there are currently seven elm trees in Nine Elms which lie opposite the US Embassy and on the 25th of January 2019 we are re-planting the remaining two elm trees to bring the Nine Elms name back to life through its rich historical roots.

Come join us to bring back the Nine Elms and follow us on social media (Twitter: @NineElmsTeam and Instagram: @NineElmsLondon) to get updates ahead of the event and all other Nine Elms related news.