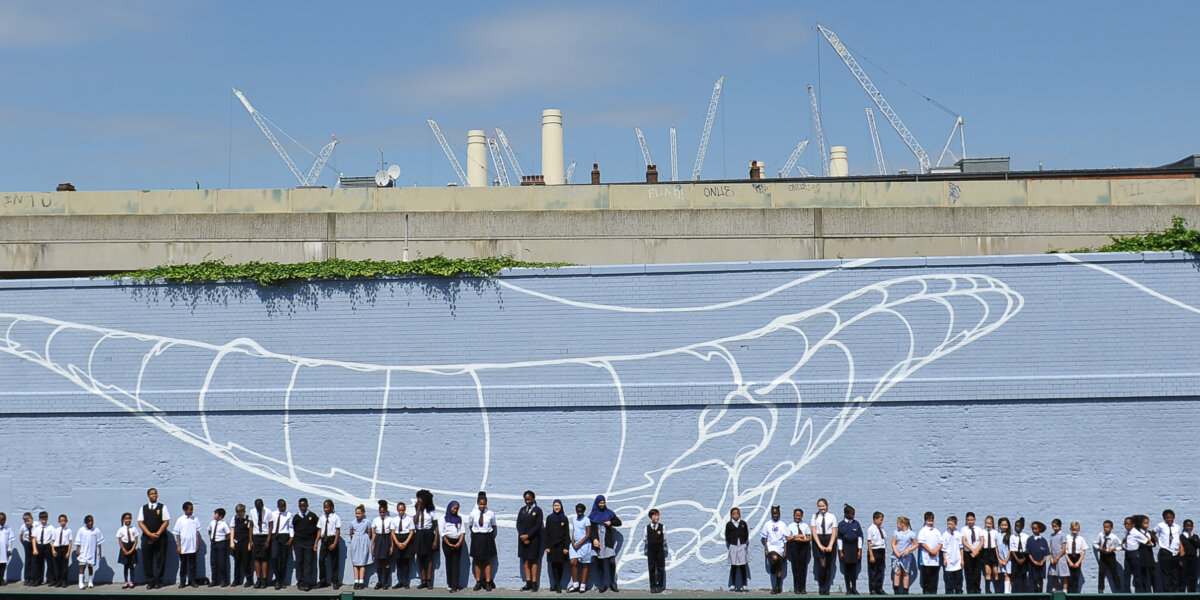 On Friday, 8th June, a beautiful 22 metre-wide mural of a whale was painted on the playground wall of St. George’s Primary School in Battersea.

The project was funded and supported by VINCI St. Modwen, the developers behind New Covent Garden Market. Artist Mr Dane has been working with St. George’s Primary School for the past two years, involved in storytelling sessions, design classes, and creative workshops with each year level.

Mr Dane was first introduced to the school through VINCI St. Modwen’s Edible Avenue programme, part of a much wider Cultural Education Challenge called Cultivate, which runs across Wandsworth and the UK where artists work with young people in schools.

The final image of the whale was chosen as part of a school voting day. It’s a direct outcome of the students’ own decision that they wanted their school environment to be as beautiful as the Edible Avenue installation across the road.

A specialised paint was used which works to absorb CO2. As the wall is so large, its absorbency calculates approx to 30 kg of CO2. It has many eco benefits also, for example it has no volatile organic chemicals found in most paints, so the wall is allowed to breathe naturally.

The image is a real life-size female whale against a blue sea backdrop. The female whale is exactly the same length as the wall playground ‘pen’  at St. George’s. Historically, whales used to go up the Thames with the last one being spotted in 2006! 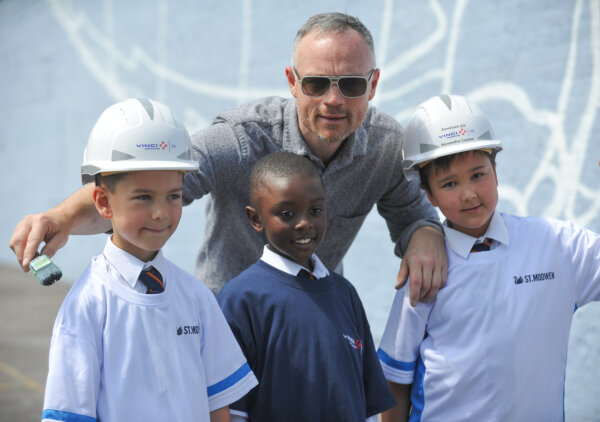