The sustainability infrastructure of Nine Elms 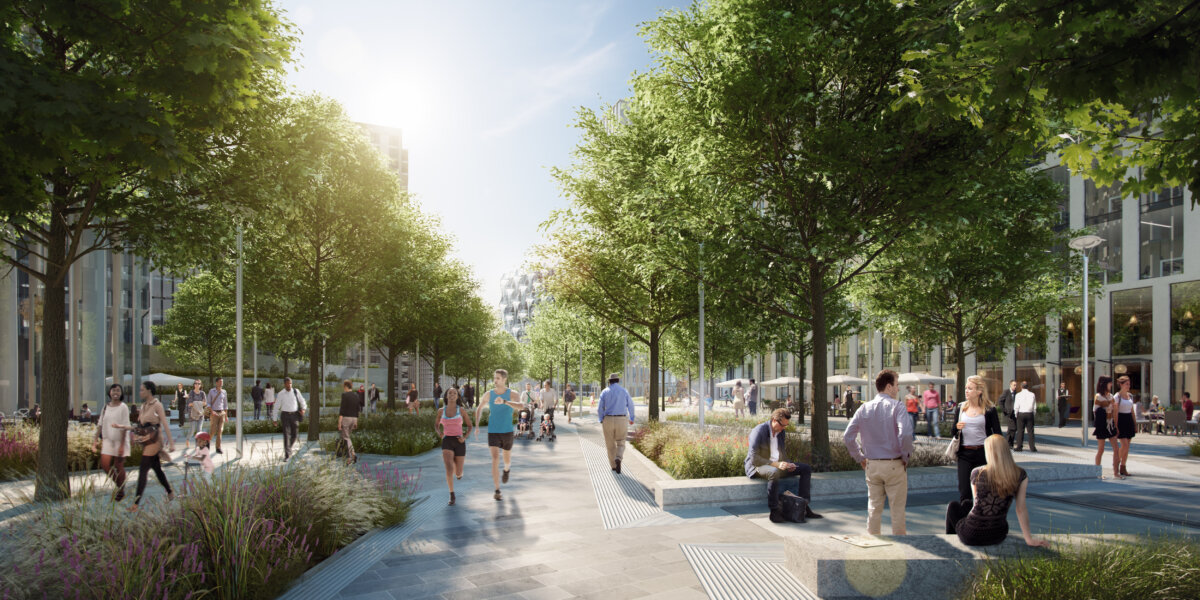 The sprouting buildings along Nine Elms have taken root. As more spaces start to be populated with residents and activity, more and more of the hoardings are being taken down, pavements are opening up, and riverside walkways unfolding. The new US Embassy, 33 Nine Elms Lane, is now open alongside a number of businesses in Riverlight and Battersea Power Station’s Circus West Village.

All this infrastructure and all these people require energy. That’s where the District Heating Network comes in: a system that distributes heat to residential and commercial buildings from a centralised location. It’s an important part of reducing carbon and heating bills for tenants because buildings don’t need individual gas boilers. The system works by distributing heat and energy through a network of insulated pipes where the production of usable heat and power are integrated into one efficient process called Combined Heat and Power (CHP).

CHP is different; it’s more than 80% efficient compared to the 30% efficiency of coal and gas power plants. The other benefit is that CHP produced energy locally; meaning there’s little lost in transmission and distribution. These methods are enabling us to curtail the rising carbon emissions from coal – so much so that last year, more electricity was produced from low-carbon sources than fossil fuels for the first time. Similarly, 2017 brought the first 24 hour period where no coal was used to produce energy in the UK since the 1880s.

In Nine Elms alone, there are two District Heating Networks being developed: one sourced from the energy centre within the newly opened US Embassy and another from an energy centre at Battersea Power Station. The two centres are very important to the sustainability plans of the area, providing heating and hot water to a lot of the developments. They are one of the most cost-effective measures for reducing the carbon emissions from heating and their effectiveness increases when they connect to one another. As a result, CHP and District Heating Networks are a sustainable way of setting up neighbourhoods.

In terms of current status: the District Heating Network behind the US embassy is closer to completion than the one at Battersea Power Station. Once completed, the privately funded Embassy Quarter network will be able to provide energy for the embassy, Bellway’s The Residence, Ballymore’s Embassy Gardens, and others.

Meanwhile, the energy centre at Battersea Power Station sits between the station and the river – it is being constructed underground and will be covered by a grassy knoll, perfect for picnics in the future. This location will provide energy for the entire Battersea Power Station development area with the opportunity to extend into nearby areas.

According to the Committee on Climate Change (CCC), the UK needs 18% of its energy coming from District Heating Networks for it to reach carbon targets by 2050. The ones at Nine Elms are contributing towards this sustainability goal and building prosperity for London.

The two networks integrate well with the “Utility Corridor” being set up in Nine Elms. The plan is to alleviate the services running along Nine Elms Lane and instead running several utilities underneath the linear park that extends from Battersea to Vauxhall. The corridor will carry electricity, BT, telecoms, street lighting, CCTV, and a Sustainable Drainage System (SuDS) for surface water and rain water. That way, congestion along Nine Elms Lane is avoided through continual road works, and the impact on bus services and road user disruption is minimised. Not to mention the considerable cost savings to the road network and London’s economy.

Keep up to date with all things Nine Elms & Vauxhall by signing up to our newsletter below.