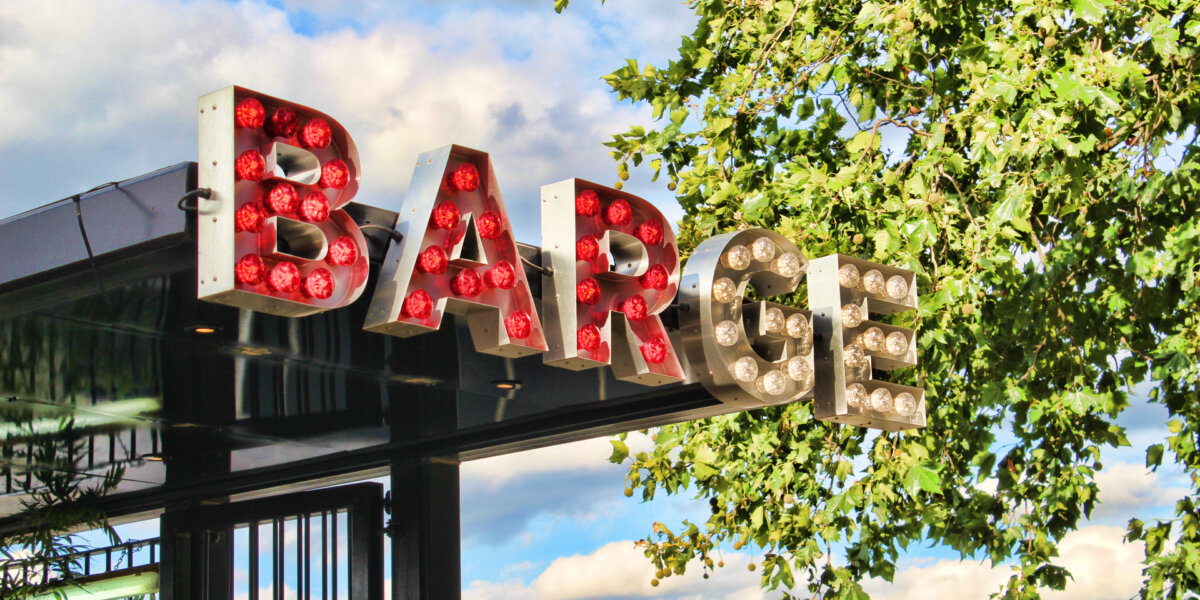 We already told you about the marvellous history of the Battersea Power Station. But perhaps rivalling that charming and remarkable autobiography is the story of The Battersea Barge.

Born in 1932 in Holland, this barge was originally named Maria II. In her infancy, Maria carried grain between the idyllic French town of Rouen and Paris.

Then in 1941, at the tender age of 9, Maria was seized by Hitler. She was immediately put to work carrying tanks from Germany to France in preparation of the WWII invasion of Britain.

But that never materialised. After the war, Maria spent her adolescence in Europe until she finally made it across the Channel to Lymington in the 1970s. There, she had a full makeover and a brief stint of being a restaurant.

Then in 1985, Maria found love: someone spotted her, revived her and brought her by Battersea Power Station where she remains today. 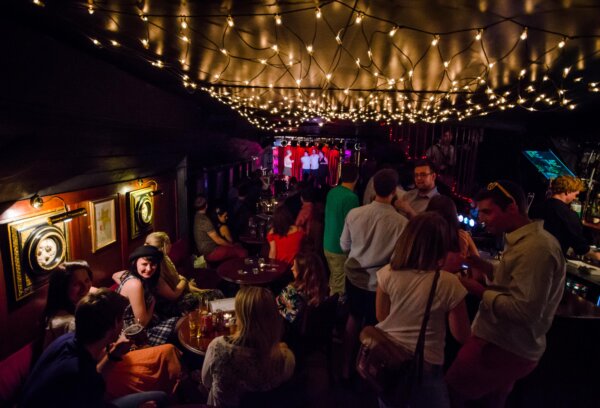 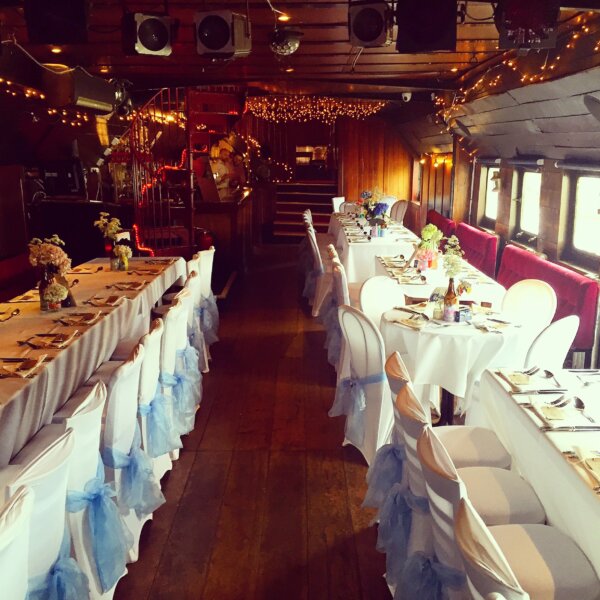 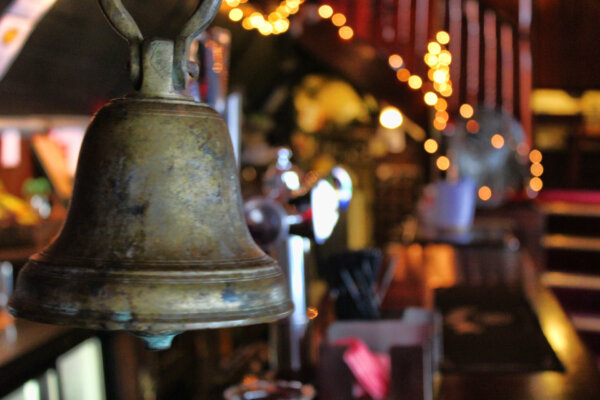 That’s when Neema enters the scene.

Neema and her brother are the owners, operators, entrepreneurs, social architects behind The Battersea Barge and neighbouring sister venue, Tamesis Dock.

Originally, Neema’s vision was to open up a small (really small) cafe bookshop. It would be cute, quirky & super romantic. But then her brother convinced her that what she really wanted was a boat after he spotted The English Maid in a state of disrepair (now known as Tamesis Dock). She had already been involved in a project with her brother who had built a boat up in Scotland, and they decided to embark on their new adventure together.

The two siblings ran this space as a neighbourhood bar, live music & events venue along the Albert Embankment (just by Lambeth Bridge) with an eclectic and lively community of followers. Bastille had played one of their first gigs here. Soon, they noticed Maria II docked by Battersea.  As they were originally sister boats (both 1930’s Dutch Barges that had been mobilised together since being built), a serendipitous encounter led to them being back under the same ownership.

“It’s special to be by the river,” rejoices Neema. The Battersea Barge has since become a place for nights out, hanging out, celebrations, musical theatre, cabarets, midsommar parties, weddings, book launches and so much more.

You can hire the entire boat for yourself or attend their dazzling roster of events. They won the 2012 Best Cabaret Venue award, they’ve hosted quirky & magnificent weddings, they’ve had Phil Jupitus and Harry Hill grace their decks, and they’ve got a thrilling LDN Talks @ Night series coming up. 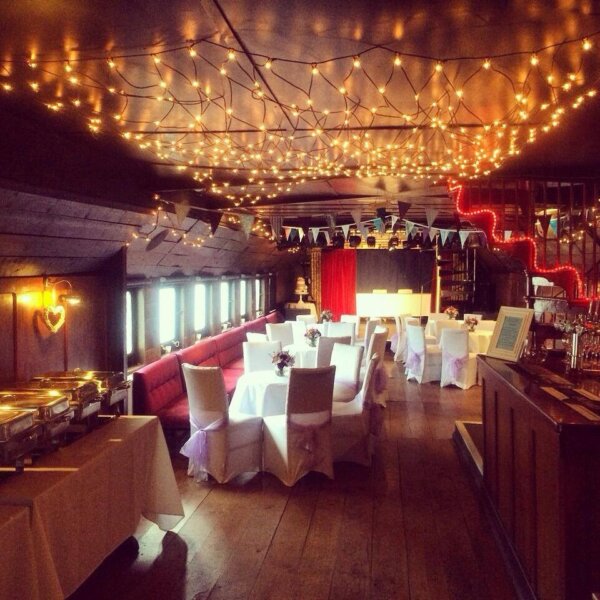 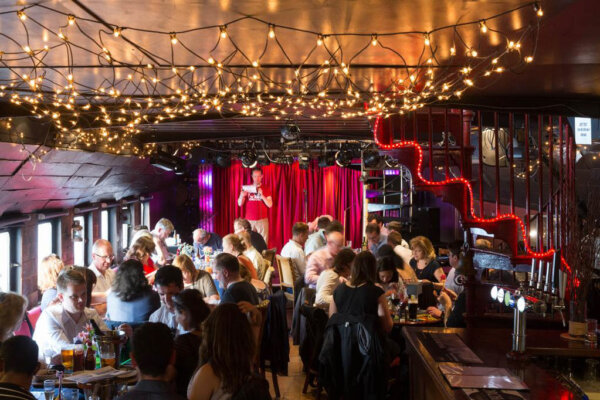 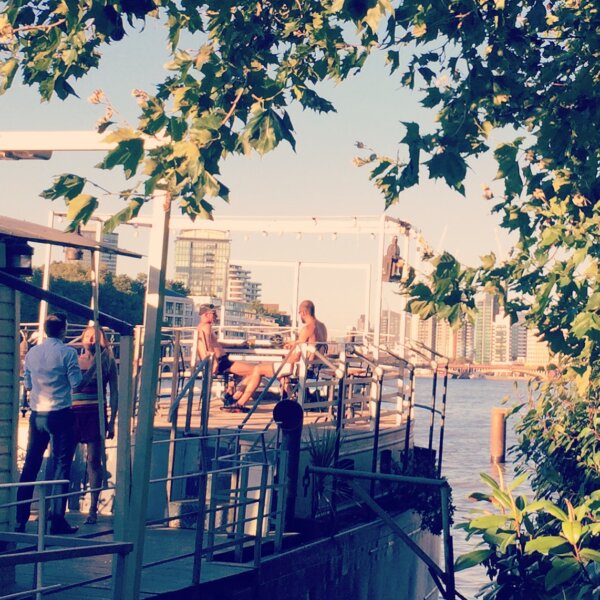 The Barge will be taken out of the water for 6 months in November due to the Thames Tideway Tunnel project.  During this time Neema and her brother will use this opportunity to renovate the vessel and give her a new lease of life for when she returns to Nine Elms in May 2018.

It works because the space provides a wacky venue compared to other options in London.

Over the years, The Battersea Barge has garnered a treasured community making the most of the customisable and quirky space. It’s surprisingly spacious, close to a Santander cycle stand, bus stops and a few minutes from Battersea Park and Vauxhall stations.

It has got a bar and restaurant (yes, it’s licensed), stage (with lighting & sound), upper deck & lower deck (capacity 150), and the friendliest team running the show.

From Battersea Barge, you’ll get a splendid view of Father Thames and the Nine Elms skyline. “It’s an area all about contrast: the power station, the old heritage, the new additions,” says Neema. To enjoy it in all its splendour, you just have to visit the Barge and see for yourself.

To keep up to date with all things Nine Elms by signing up to our newsletter below. 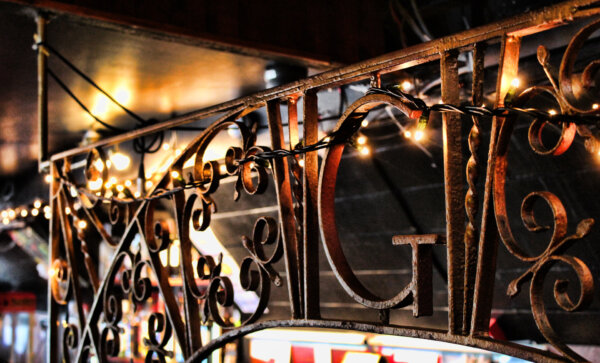 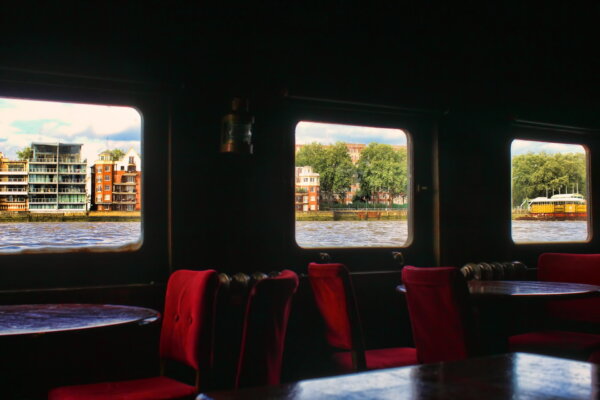