Pump House Gallery – A Treasure Chest for the Arts

Built in 1861, the Pump House tower was constructed by Simpson & Son to hold a coal-fired steam engine and pump to circulate water in the park lake and the nearby cascades. In 1909, the tower had an adjoining building added over the well (you can still see the circular perimeter of the well in the flooring today). 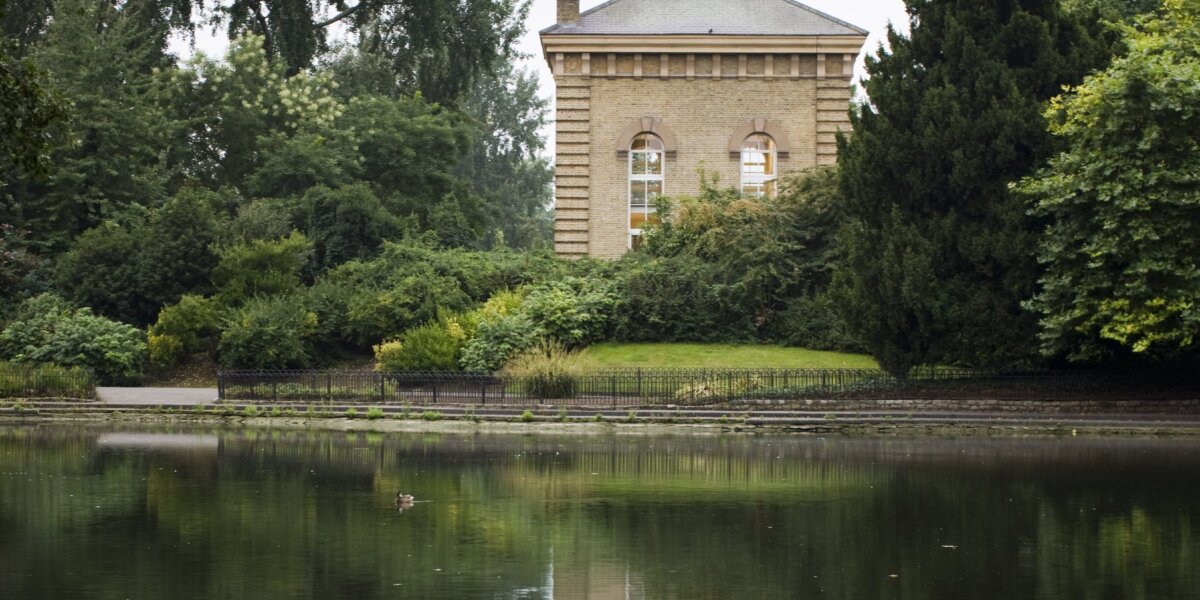 The Scuola Grande della Misericordia (Old School of Compassion) looks like any other building in Venice. However, it has a remarkable autobiography of masquerading for miscellaneous purposes: what started off as a religious confraternity then became military lodgings during Napoleon’s invasion of Italy, then a warehouse, the seat of the State Archives, and finally a sports club in 1914 – becoming the official basketball court of the Venetian team Reyer.

It’s these sort of buildings that colour our cities and provide us with spaces that enrich our places. Pump House Gallery in Battersea Park is no different: it’s memoir spans over 150 years of marvellous and mysterious tales.

Built in 1861, the Pump House tower was constructed by Simpson & Son to hold a coal-fired steam engine and pump to circulate water in the park lake and the nearby cascades. In 1909, the tower had an adjoining building added over the well (you can still see the circular perimeter of the well in the flooring today).

In the 1950s, a fire destroyed the windows and roof of the tower after which it became derelict. The chimney was then removed and a temporary roof added to make the building a storage facility but it soon became overgrown and disused. That’s when locals began calling it ‘the Haunted House’. 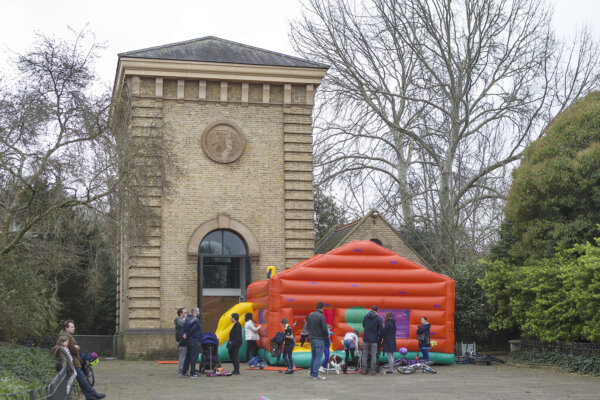 That all changed when Wandsworth Council assumed responsibility of Battersea Park in the 80s and through a grant from English Heritage, the Pump House was carefully restored to its Victorian splendour alongside the park grounds around it. In 1992, the building opened as a park interpretation centre with an education room but then in 1999, the space was redeveloped into a permanent gallery space.

Today, the building with its stratified story provides an art space unlike any other in London. The long windows and cuboid structure of Pump House Gallery is like a canvas in itself: the Victorian building has the allure of a hidden gem in an idyllic park with a year-round programme of nationally and internationally acclaimed contemporary visual arts exhibitions, curated by Exhibitions Curator, Ned McConnell.

Right now, the gallery is hosting David Panos’ Time Crystals and the accompanying A Dance and Gesture Archive. Previous artists include Pilvi Takala, Samara Scott, Sally Troughton, Ivan Thorley and many others. The gallery often hosts up-and-coming artists that are making waves in the industry, both locally and internationally. The gallery gets reinterpreted with each installation and the artist on show gets the opportunity to engage with larger questions within the area. That’s what makes Pump House Gallery particularly captivating: an unexpected find in the middle of Battersea Park with a layered history, showcasing artists and activating rich discourses with the public. 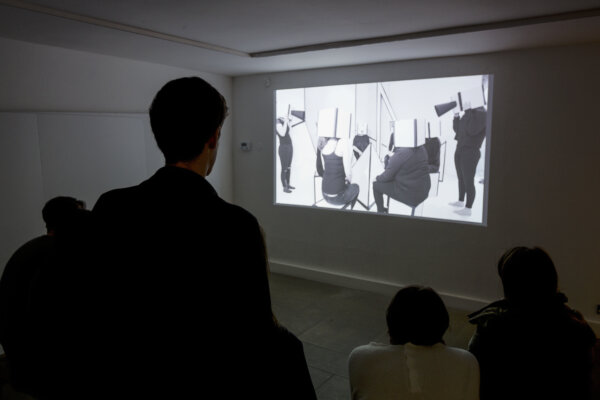 Pil and Galia Kollectiv, Progress Report from the Strategic Sanctuary for the Destruction of Free Will, 2016, courtesy the artist and Pump House Gallery. Photo: Eoin Carey 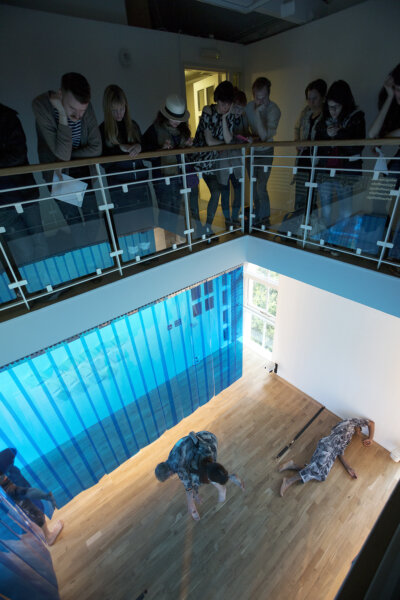 Although Battersea Park exudes an affluent atmosphere with contemporary art often being perceived as highbrow and inaccessible, the team at Pump House Gallery are actively making contemporary art as accessible as possible to all audiences through their ‘OutHouse’ initiatives. Participation Curators Anneke Kuipers and Greer MacKeogh lead an outreach program that involves the Southside Shopping Centre and local estates in Battersea and Nine Elms. These projects have engaged local schools, families and the community to offer activities for all ages and levels of interest.

These programs run alongside the seasonal ‘InHouse’ projects at the gallery: where an artist is invited to put together a participatory project that gets audiences to share their thoughts on a particular topic. The current InHouse project asks visitors to explore the ideas of the current exhibition through gesture, movement, and dance. You can take part by dancing to your favourite song on camera and recording it in front of a green screen.