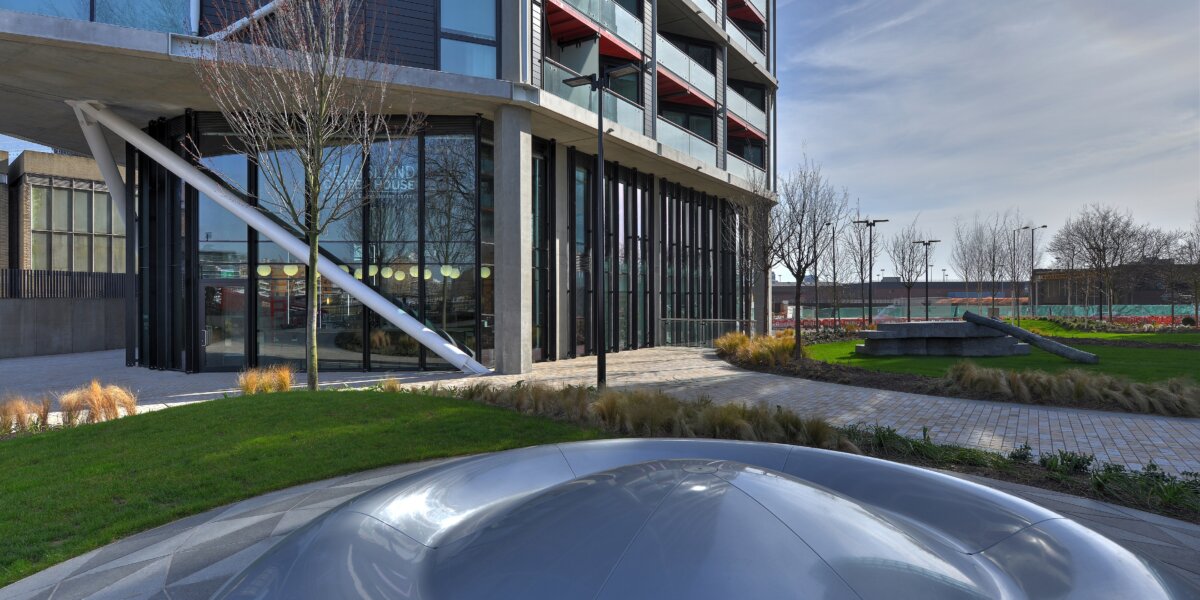 Around and between the clusters of buildings and cultural spaces in Battersea,  Nine Elms and Vauxhall, is a trail of public art that weaves its way through the area. Often site-sensitive – drawing on the history of the area or the immediate surroundings – and including both historic modernist artworks and newly commissioned contemporary pieces, here we trace a route that creates a rich and thought-provoking visual journey for a curious wanderer, all the way from Battersea Park to Vauxhall Pleasure Gardens.

Like the area itself, the landscape of public art in Nine Elms on the South Bank is under development, as new commissions arrive and temporary pieces are removed and replaced. 2018 will see the launch of a work by Random International along the Albert Embankment, new sculptural pieces at Vista, bordering the eastern edge of Battersea Park, and other temporary and permanent commissions, all to be explored as you wander through the area.