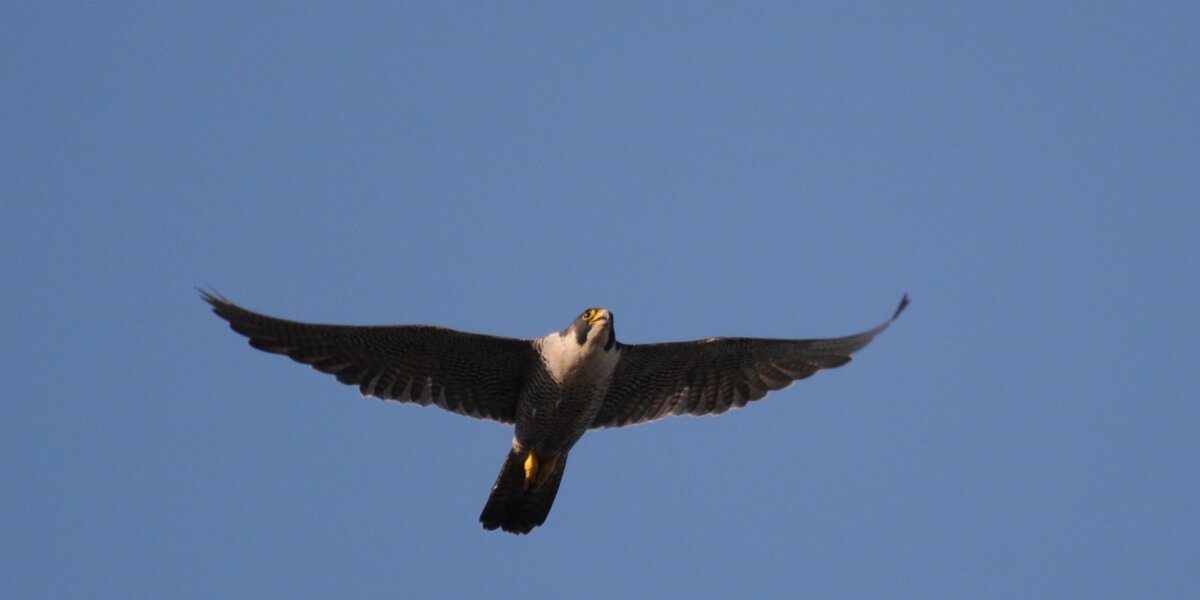 Nine Elms on the South Bank is no longer an industrial area of warehouses and a disused power station. It’s reinventing itself as a place with lots of galleries, goings on and good grub.

But we’re not the only revival story around here – there’s that of the Battersea Power Station peregrines.

Peregrines used to be alarmingly endangered and associated only with cliff faces and remote rocks. However, their numbers have increased and they’ve now become urban creatures with London hosting the second highest density of peregrines anywhere in the world (after New York).

Alongside the pairs at Tate Modern, Charing Cross Hospital and atop the Houses of Parliament, the peregrines at Battersea Power Station have a nest high up in the quietest corner of the site.

With the beginning of spring under way, baby peregrine falcons have hatched and are still learning to fly. They’re very vulnerable at this stage so the lovely folks at the London Peregrine Partnership are closely monitoring them to ensure their safety and breeding success.

In addition, all 3000 workers at Battersea have received the ‘falcon recovery plan’ which outlines what to do when you find a baby peregrine stranded on the ground.

Walking down Nine Elms Lane, you’ll probably spot Egyptian geese, waterfowls, grey herons, kestrels, wrens, magpies and the usual gang of feral pigeons. Not to mention the cormorants sunning themselves along the Thames.

But keep your eyes peeled for peregrines. They’re the fastest members of the animal kingdom but you might spot them diving after a pigeon or some other unlucky bird. Soon, there’ll be a telescope in Battersea Power Station so visitors can appreciate these majestic birds hunting, nesting and setting up home in our concrete jungle.