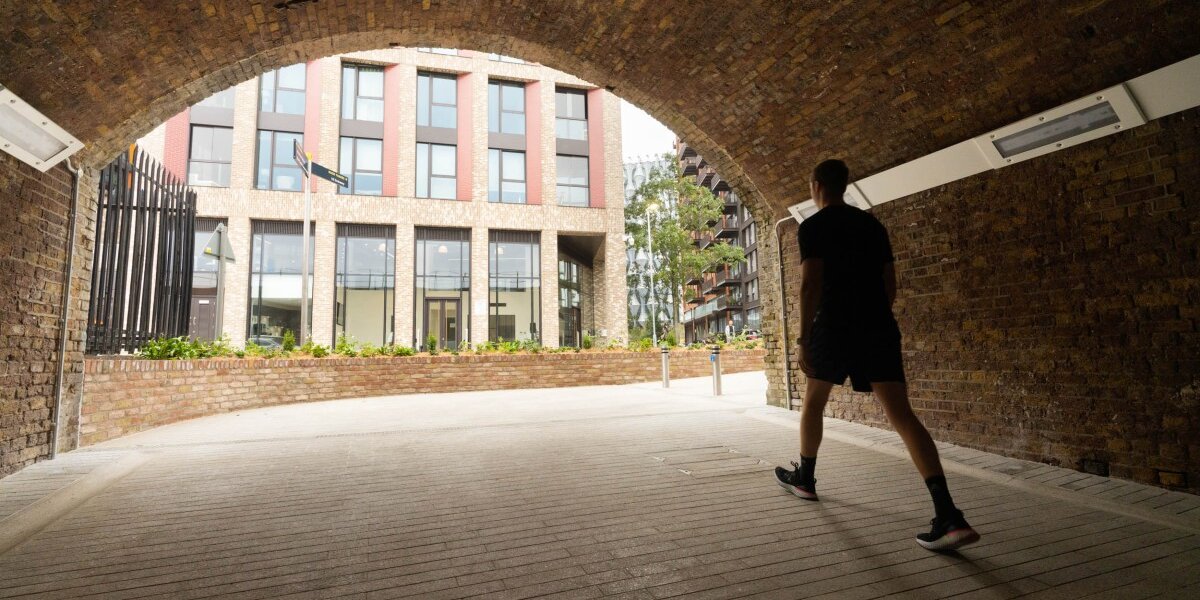 Arch 42 sits beneath a Victorian viaduct, completed in 1878 as part of upgrades to the London & South Western Railway (LSWR) Nine Elms works.

Until this point, the line from Nine Elms towards Vauxhall had run along an embankment before continuing onto the high brick viaduct into Waterloo.

Following the closure of Nine Elms Station in 1848 due to the line’s extension onwards to Waterloo, the station became a goods depot, and engine sheds and railway works soon followed. In 1861, the LSWR purchased 30 acres of land south of the mainline to enable expansion of the railway works. 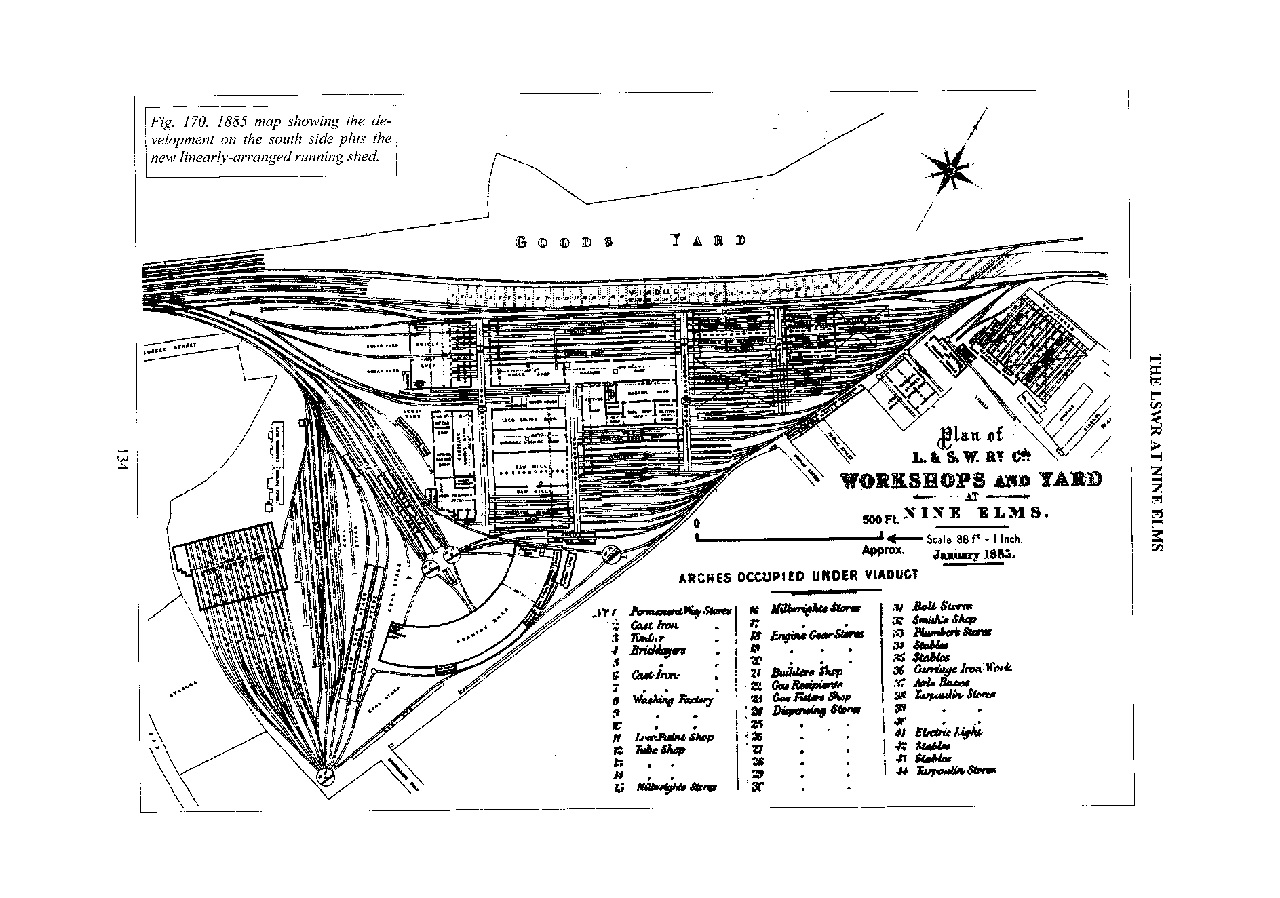 Above: The LSWR at Nine Elms The Curl Collection Volume 1 The Works and its Products 1830 – 1909, by Barry Curl. Published by KRB (Kestrel Railway Books) Publications 2004.

By 1876, Nine Elms Goods Depot was short of space for shunting. After several derailments the LSWR decided to move the mainline south and raise it onto a viaduct to free up space, creating safer shunting conditions. This huge operation replaced the mainline embankment with a brand-new viaduct and train depot. 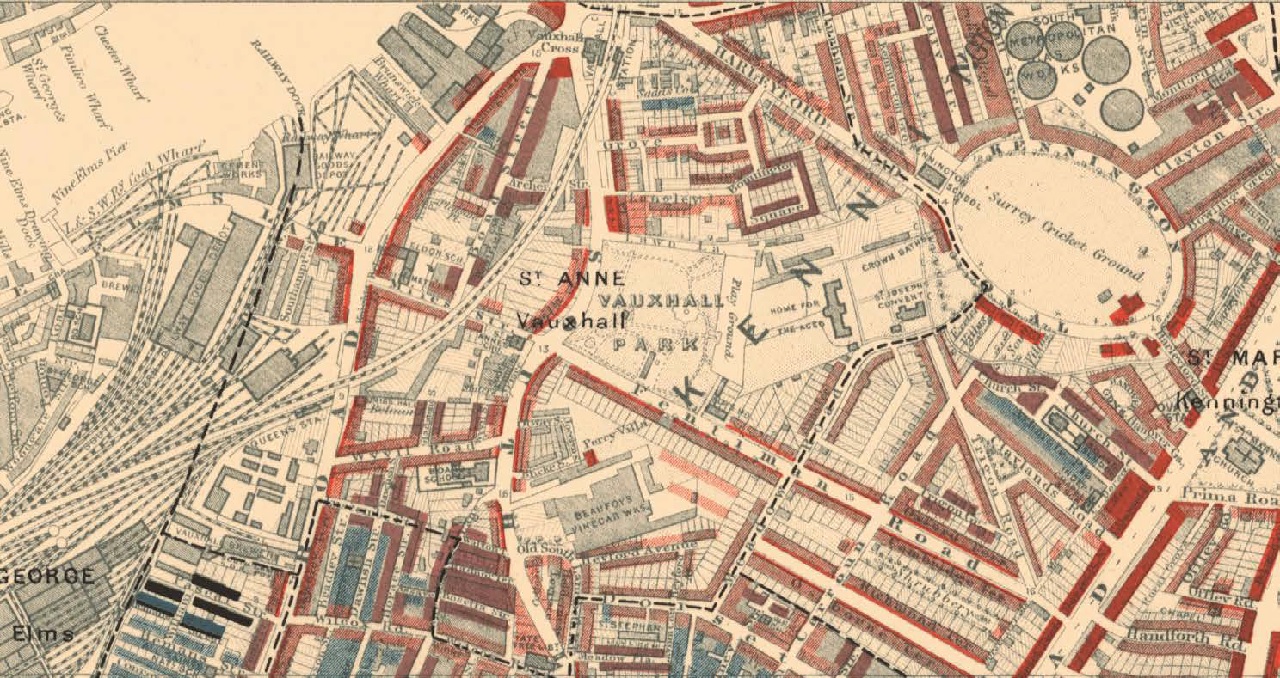 Above: Nine Elms and Vauxhall featured in the Outside Southern District on Charles Booth’s poverty map.

Hundreds of artisans and labourers worked on the project. The new viaduct consisted of a series of brick arches including Arch 42, with skew lines underneath to connect the north and south yards. The arches were used by the LSWR for lots of purposes including a locomotive paint shop, a bricklayers, blacksmiths and at one point a stable.

The viaduct sat next to the 1860s Ponton estate, which was wedged in beside the Nine Elms Brewery, the Gas Works and Nine Elms Lane. Known as The Island, it became Battersea’s most notorious slum, surviving well into the 20th century. 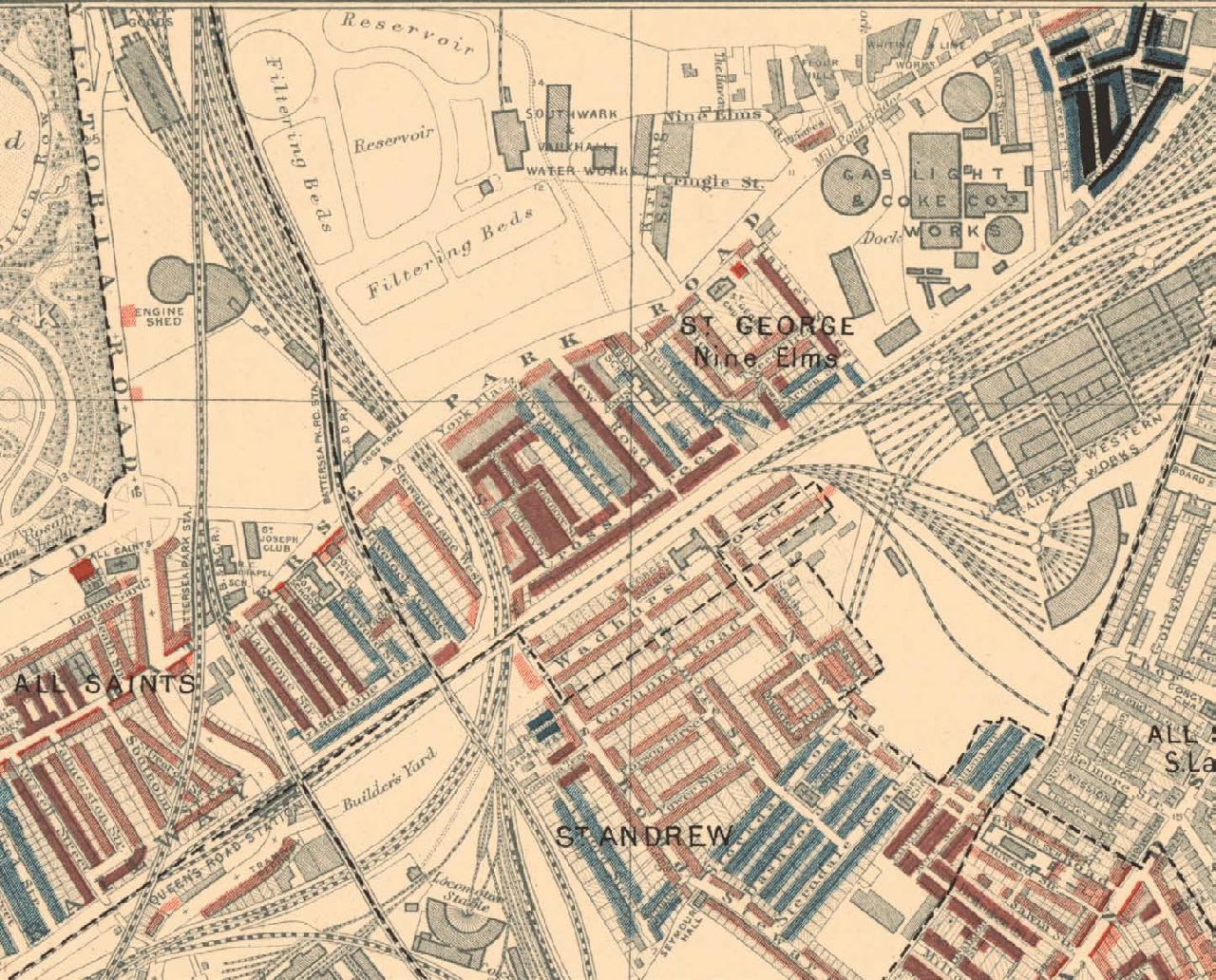 Above: a closer look at Nine Elms and The Gasworks on the South Western District of Charles Booth’s poverty map.

By now Nine Elms was crisscrossed by railway lines and viaducts reaching as far as the infamous ‘Battersea Tangle’ of lines between today’s Battersea Park and Queenstown Road stations. Further ‘islands’ of housing sprung up between the lines, creating a legacy of isolation from the wider community which to some degree persists today.

The Nine Elms works finally closed in 1968. The final scene of the 1971 film Villain, starring Richard Burton, was filmed there before the arches were leased to the Covent Garden Market Authority for 99 years.

Arch 42 and its viaduct are rare survivors in a transformed cityscape, now a new walking route that connects communities on each side of the tracks. Find out more about the Arch 42 route. 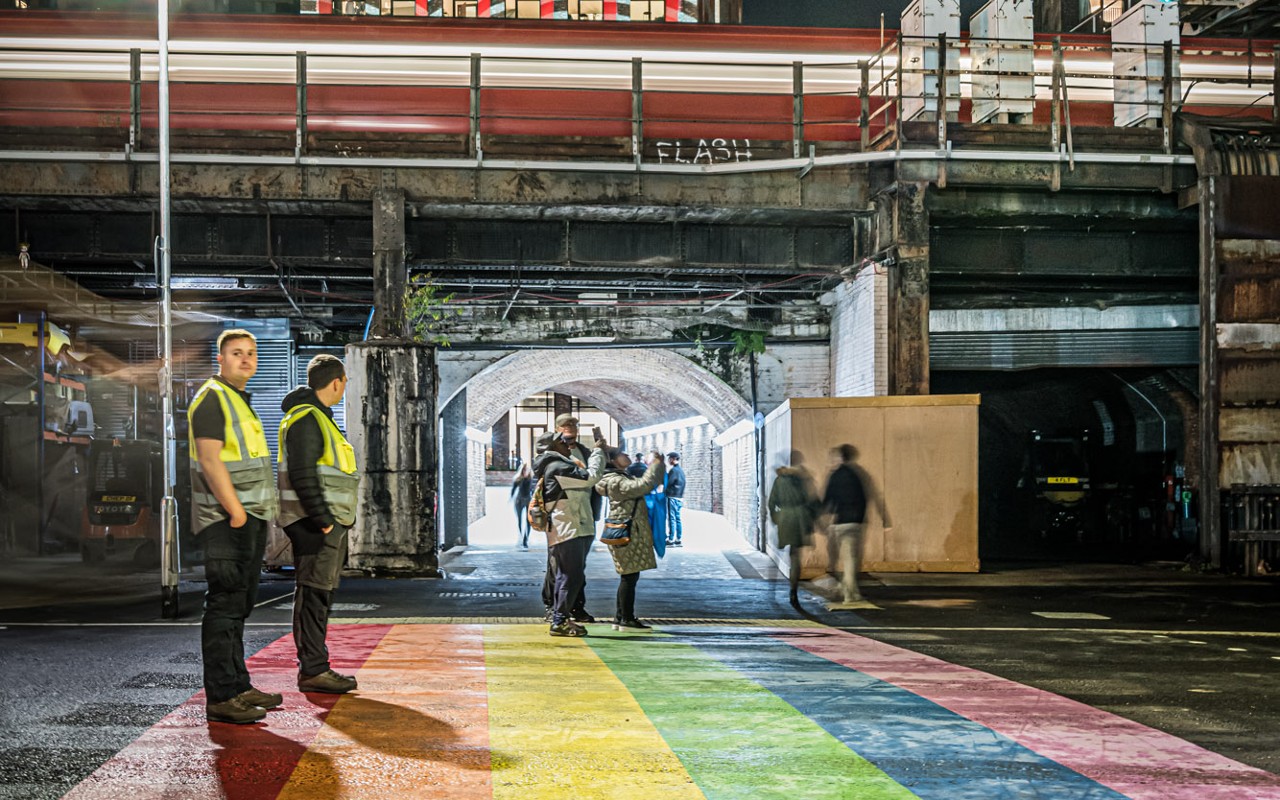 The content for this article was kindly researched by The Battersea Society. To view all Charles Booth maps, visit Charles Booth’s London.

About The Battersea Society

The Society’s vision is for Battersea to be recognised as a great place to live and work; their mission is to celebrate Battersea’s past, support its present and promote its future. Look out for their programme of walks, talks, social events and visits.