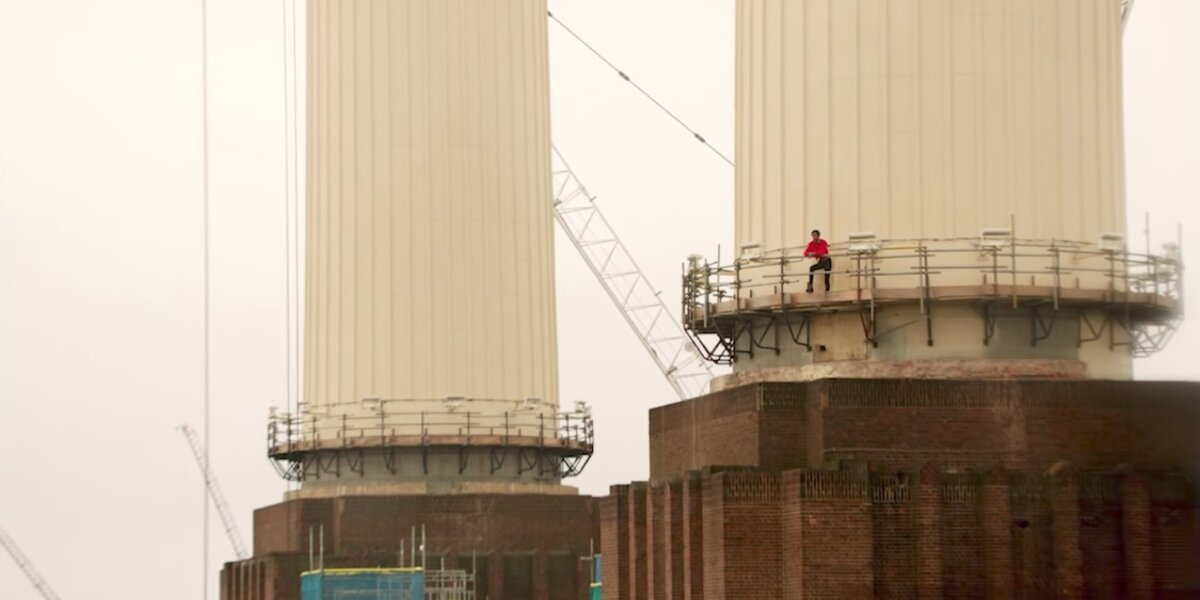 Steve Barron, the director behind Teenage Mutant Ninja Turtles (1990) and Coneheads (1993), is also known for his innovative music videos. He directed Toto’s Africa music video, Michael Jackson’s Billie Jean as well as the iconic live-action, pencil-sketch video for A-ha’s Take One Me.

The video’s combination of live action and animation (called rotoscoping) took over 4 months to complete and won six MTV Video Awards in 1986.

What does it have to do with Nine Elms?

The romantic fantasy narrative of the video starts with a scene at a cafe in Nine Elms! The location was Kim’s Cafe which is now called “Savoy Cafe” on 390 Wandsworth Rd, SW8.

Visit the current location and you’ll recognise the layout from the video.

Other than A-ha’s earworm, Nine Elms has appeared in a number of music videos.

You’ve Got Another Thing Comin (1982) by Judas Priest

And of course, the chimneys make an appearance in One Direction’s One Thing and most recently, Drake’s Nice For What.

As well as various album and vinyl covers, the area has been featured in many music videos and the Power Station has been referenced in several songs. What’s your favourite one? Did we miss any on the list?

To stay up to date with all things Nine Elms, sign up to our newsletter below.