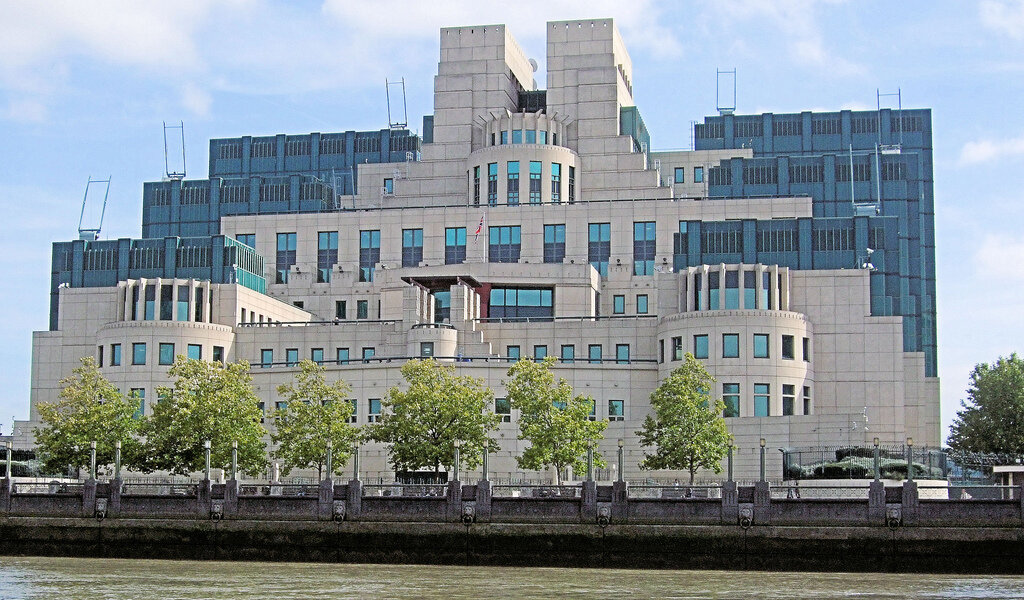 It’s along one of the most filmed waterfronts in the world – the MI6 building on the Albert Embankment has a strident Thameside presence and is perhaps most recognisable from its several cameos in recent James Bond films.

Officially, 85 Albert Embankment at Vauxhall Cross is named the ‘SIS Building’ for Secret Intelligence Service and has been at this location since 1994. Before then, the SIS headquarters were at Century House by Waterloo station but weren’t secure or well hidden.

The current spot housed the historic Vauxhall Pleasure Gardens (1600s) then a glass factory, a vinegar works, a gin distillery, and finally, the SIS headquarters. Architect Terry Farrell was inspired by 1930s industrial modernist architecture (like that of Bankside and Battersea Power Station) as well as Aztec and Mayan temples. That’s why the MI6 building looks like a jazz age ziggurat! 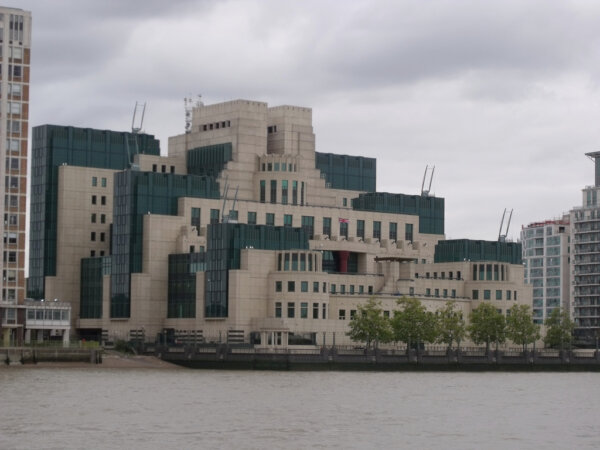 And much like ancient religious sites, there’s rumoured to be a tunnel from the building to Whitehall.

The building itself is quite impressive: it has a total of 60 separate roof areas, triple glazed windows for security purposes, two moats and several underground levels for protection and 25 different types of glass. That might sound excessive but in 2000, the building was attacked by a Russian-built RPG-22 anti-tank rocket, launched from Vauxhall Park.

Then again in 2010, a parcel bomb was found at the building’s postal handling centre. No wonder trespassing was made a criminal offence for the site.

From ‘Vauxhall Trollop’ to ‘Babylon-on-Thames’, ‘Ceaușescu Towers’ to ‘Legoland’, the building has several nicknames and boasts a much more polarizing edifice than its counterpart, MI5, on the other side of the river.

The next time you’re passing by the building, you can play “I spy 25 types of glass”.