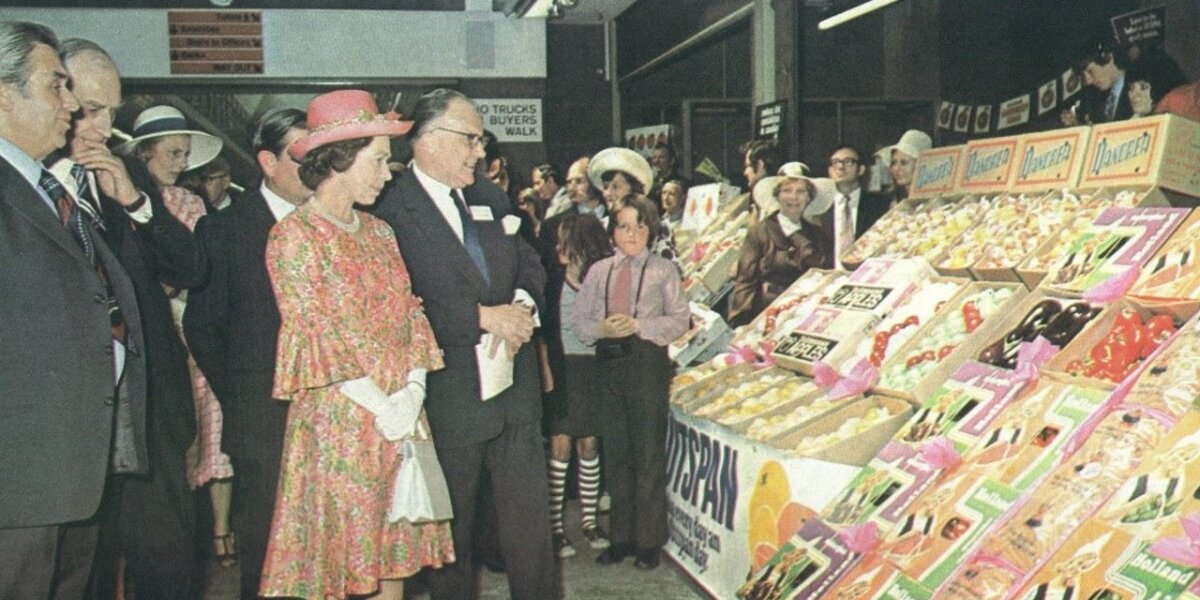 The UK’s largest fruit, vegetable and flower wholesale market, New Covent Garden Market has a long history. The first records of a “Convent Garden” market go right back to 1200. The original Covent Garden market began trading in its central London square in 1670, under a charter granted by Charles II to the Earl of Bedford.

The Nine Elms site of New Covent Garden Market has its own history of feeding Londoners. During the 17th and 18th centuries, fruit and vegetables were grown on Battersea Fields, west of Nine Elms.

By the mid-20th century, central London’s Covent Garden had become impractical as the home of London’s wholesale food market. Congestion, traffic jams and lack of space to expand meant the capital’s market needed a new home. In 1961, the Covent Garden Market Authority (CGMA) was created to bring the market into public ownership and find a new site. 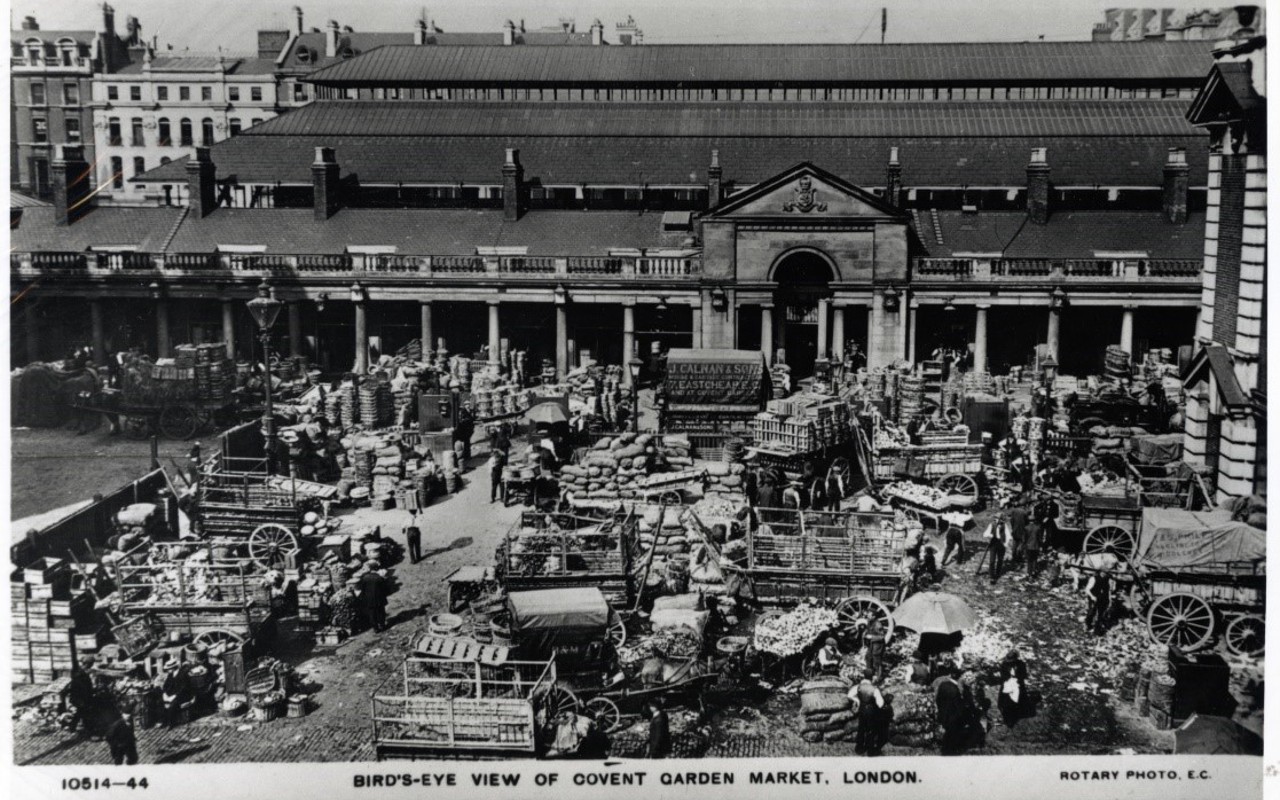 Construction of a new market at Nine Elms started in 1971 and by November 1974 the fruit and veg traders had moved in and trading began. That year, apples were the top-selling fruit and cabbage was outsold only by potatoes! The New Covent Garden Market was officially opened by the Queen and the Duke of Edinburgh in June 1975. The market continued to evolve in its new home. By the mid-1980s, supermarkets were buying directly from growers and New Covent Garden Market had shifted to supplying the hospitality industry as well as market traders feeding London and the south east.

Now, a major redevelopment is underway. 2017 saw the opening of the new Flower Market, followed by the Food Exchange, a home for London’s food entrepreneurs.

In 2020, market traders responded to the challenges of the Covid pandemic with some adding direct-to consumer food boxes to their businesses.

Today, the market is a bustling hub of activity. Freshness is essential, so it’s an early start, or a very late night for the market’s 200-plus fruit, vegetable and flower traders and their customers. The Flower Market trades from 4am to 10am, Monday to Saturday while the business day for the fruit and vegetable wholesalers is between midnight and 6am, Monday to Saturday.

The Society’s vision is for Battersea to be recognised as a great place to live and work; our mission is to celebrate Battersea’s past, support its present and promote its future. Look out for our comprehensive programme of walks, talks, social events and visits. We also publish a quarterly journal Battersea Matters and a monthly e-newsletter. Follow us on Facebook, Instagram and Twitter @batterseasoc and do visit our brand-new website www.batterseasociety.org.uk