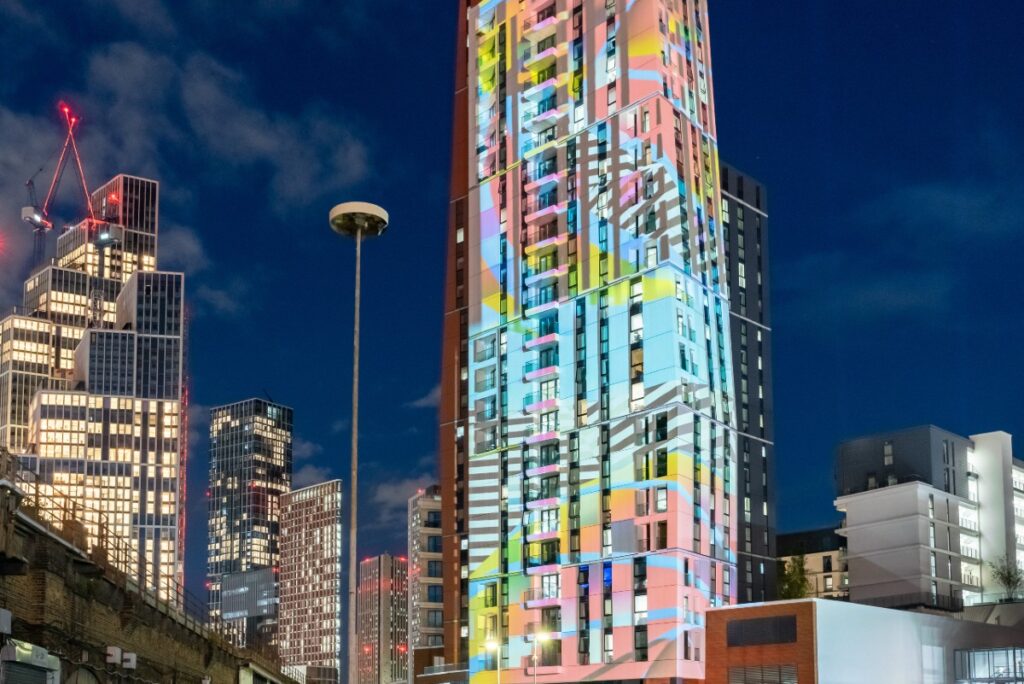 Beams from the Line of Light map out the route of the Northern line tunnels in the sky. Credit: Wandsworth Council